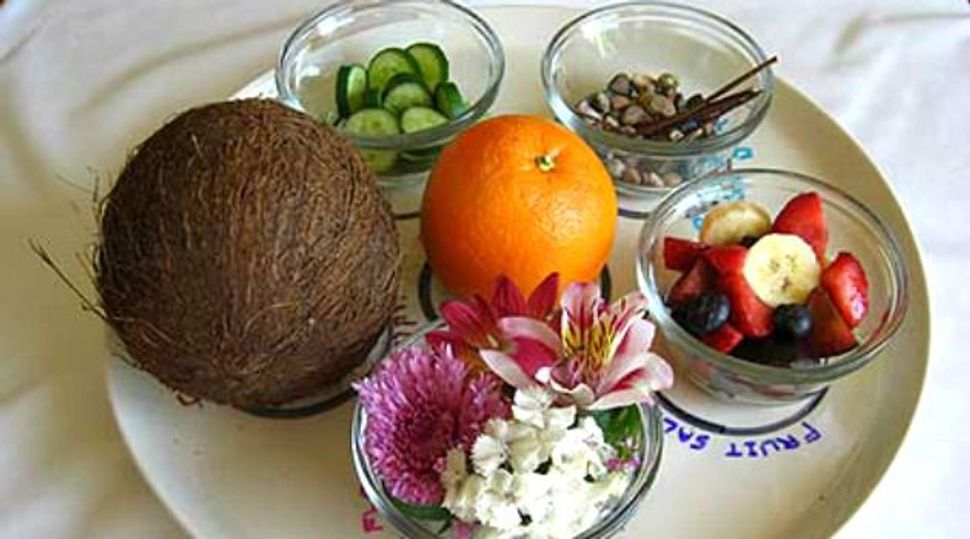 At the time, it didn’t occur to me to be offended or concerned that I was being circled by the cheerleaders and other popular girls who held hands, bowed their heads and prayed for my soul. They were part of “Christian Life” at my high school in Olympia, Washington. I recall several instances when they earnestly attempted to save me from eternal damnation. I didn’t refuse their efforts or consider the implications of their actions. I just wanted to fit in.

I grew up Jewish in the Pacific Northwest. But not in a religiously observant family, or a proud intellectual family, or a family of labor organizers who taught me early and often never to cross a picket line. My family was on the fast track to assimilation, and by high school, being Jewish was simply a reminder that I was an outsider.

By the time I was in my late twenties, I was reeling from a spiritual crisis. A decade of organizing and social change work had left me feeling hopeless and burned out.

Randomly, I was invited to a Passover Seder hosted by an older lesbian couple that I recognized from our local gay bar. I hesitated — not because they were practically strangers, but because I could already feel the potential embarrassment of not remembering the holiday rituals correctly, not being able to read Hebrew, not feeling “Jewish enough.”

Wavering about the decision until the very last moment, I arrived at Devon and Pauline’s home. I approached the door and saw their beautiful mezuzah, alongside the rainbow flags and pink triangle sticker. I walked in the door and was greeted by a number of dogs (naturally), and then found myself sitting alongside several butch-femme couples and a few gay men.

We began the evening by reading from handmade haggadot. The ancient story of the exodus was augmented by quotes, pictures and examples of modern-day social justice struggles, ranging from the civil rights movement to ACT UP. These people sitting around the Passover table, some of whom had endured painful experiences with the Jewish community because of their gender and/or sexual orientation, had not only managed to stay connected to our tradition, but had placed their own struggles of oppression within this larger narrative of liberation.

I was in shock. It had never occurred to me that being Jewish could be revolutionary. That it could provide a spiritual and political path to personal and communal freedom. It was the first time I recognized the possibility that my Jewishness could be a relevant and compelling force in my life.

It was breathtaking to feel such a profound sense of integration.

I cried during the Seder itself. The tears just kept welling up and spilling down my cheeks. I cried for days and days afterward. I felt shattered — heartbroken for all that I had missed growing up, grateful to feel a oneness that I had been desperately yearning for, troubled when I learned more about stubborn intolerances within the Jewish community, and unsure of how this profound experience would ripple through my life.

When something so deep happens, there is no going back. That Seder marked my return to Judaism and the beginning of my conscious and proud identity as a Jew. And for that reason, I think about Passover as my own personal Jewish anniversary as well as the time when we sit together with our loved ones and recount the story of liberation.

But it’s not just our personal liberation, and our people’s liberation. Passover is a time for us to think about all people’s liberation. There are so many people, here in our country, who are still being held in bondage. Some of these bonds may be thankfully loosening, like those faced by LGBTQ people who are still denied our full rights as citizens. And some of these bonds are terribly — tragically — entrenched, as the thousands of people who have been imprisoned and forcibly deported from their homes and families can attest.

So let us mark the Seder as a time to celebrate the sweet possibility of freedom. But let us also use the time to acknowledge the responsibility toward the oppressed that freedom brings. Fighting these liberation stuggles, and others, has become my life’s work. And while that fact does not surprise me, it still amazes a part of me that I am fortunate enough to do so as a Jew.

Stosh Cotler is the CEO of Bend the Arc: A Jewish Partnership for Justice.