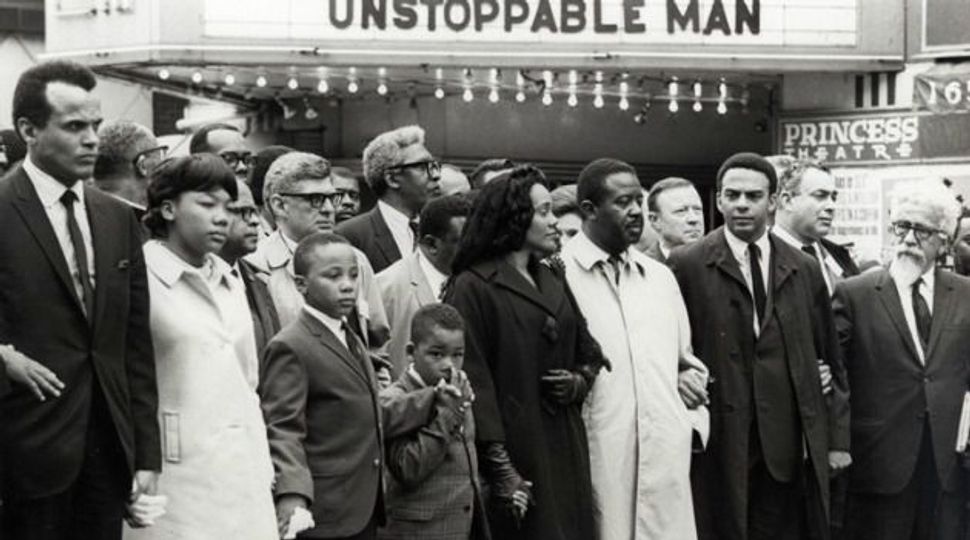 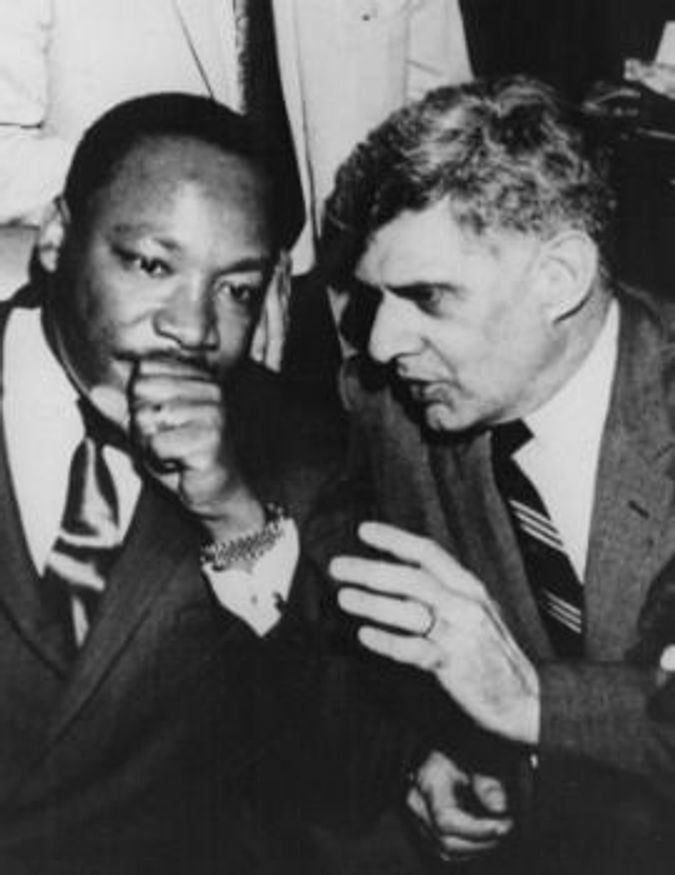 Today is the 46th anniversary of the death of Martin Luther King Jr. Below is the editorial I wrote for the Forward seven years ago, on what would have been his 78th birthday — the moment when the years since his death equaled the years he’d been alive.

It seemed important to recall the near-forgotten lessons of his death: First, his last-minute, aborted turn from the particularist crusade for black rights to a broader, still-barely-begun crusade for economic justice and labor rights. Second, the complex, critical role played by the Jewish community in the dramatic events of those final days and weeks leading up to his death in Memphis. At a time when the first rumblings of black-Jewish schism were echoing in the New York teachers’ strike, King’s partnership with a Jewish union president and a Reform rabbi in Memphis could have laid the seeds for a renewed black-Jewish alliance. That hope ended on April 4, 1968.

It’s worth remembering, too, with our own memories of Wisconsin still fresh, that the labor struggle in which King died was the struggle of a public employees’ union for the rights of municipal employees.

The birthday of Martin Luther King Jr. that Americans observed this week was the 39th since he died in Memphis, Tenn., in 1968 at age 39. He has now been dead for as many years as he lived. In a profound sense, he now belongs to history.

Over the years, our nation has made it a tradition to mark King’s birthday by celebrating his life and work. This year, as if by silent consensus, there was a turning toward re-examination of his death — the events leading up to his murder, the new mission he had taken up just before he died, the bitterness of his last struggle.

King had spent 12 years battling for the civil rights of black Americans, trying to awaken the country’s conscience to the stain of racism. In his final months, he decided to broaden his focus toward empowering poor people, black or white. He hoped to awaken the nation to share its wealth more fairly.

He went to Memphis as part of that new quest, to support a strike by sanitation workers, most of them black, who were seeking to form a union. Their main demands were a 40-cent hourly raise, to $2.00, and a clean place to eat lunch. It became one of the fiercest labor struggles of the postwar era, opposed with iron determination by the all-white city establishment. It was in this struggle that King was cut down.

Americans have worked mightily over the years to absorb the lessons of King’s 12-year struggle for black rights. We have yet to begin exploring the lessons of his last struggle, the one for which he gave his life. It is time we began.

Jewish Americans have a special lesson to explore. We remember the death of King and the violent breakdown of the civil rights crusade as a watershed. For a decade and more, Jews and blacks had marched side by side. Now, as we remember it, the black community turned inward — and away from us. But the Memphis strike teaches us something more complicated.

(Continues after the jump / below the video.)

Watch: Final moments of King’s last speech, “I’ve been to the mountaintop,” delivered the night before he died, April 3, 1968:

(full speech, 43-minutes, audio only, plus link to text, after the jump)

Historians recall that the iron will of the city’s white establishment was embodied in the towering figure of the mayor, the popular, headstrong, 6-foot-5-inch Henry Loeb III. A scion of one of Memphis’s oldest and wealthiest Jewish families, he had been sworn in as mayor — for a second time, after a term in the early 1960s — on New Year’s Day 1968. Immediately after the inauguration, at age 45, he converted to Episcopalianism.

When the sanitation workers asked for a union contract on February 1, Loeb vowed never to give in. A strike was declared February 12.

Days later, the national president of the American Federation of State, County and Municipal Employees, Jerry Wurf, came to Memphis. Addressing the workers at a black church, Wurf declared that “as a Jewish boy from Brooklyn,” he had never felt so at home. Wurf offered to meet with Loeb and pray together as landsmen. Loeb refused to meet him. Instead he had the strike ruled illegal and Wurf was jailed.

As the sides hardened, the 146-member Memphis Ministers’ Association — 111 whites and 35 blacks — tried to play peacemaker. The association’s president, Rabbi James Wax, asked to meet the mayor and discuss a compromise. A local legend, Wax was the longtime rabbi of Temple Israel, Loeb’s family congregation. He had delivered the invocation at the inauguration five weeks earlier, when the mayor was still part of his flock. Now, the mayor refused to meet him.

The rest is history. As the mood turned incendiary, King came to town in early March to appeal for nonviolence. His entry outraged whites, who detected a Northern plot. The strikers’ daily marches were met with increasing violence. King returned in late March and led a stormy rally. On April 3 he delivered his last speech, speaking of the eternal struggle against Pharaoh, saying he had “been to the mountaintop,” foreseeing his own death. He was shot the next day, April 4.

On the morning of April 5, the Memphis ministers swept past the National Guard and marched into the mayor’s office. They had planned a spiritual appeal, but Wax delivered a thundering rebuke: “What happened in this city is the result of oppression and injustice, the inhumanity of man to man, and we have come to you for leadership in ending the situation. There are laws far greater than the laws of Memphis and Tennessee, and these are the laws of God.” Loeb begged for understanding of his sincerity. Instead he got a detachment of federal troops, courtesy of President Lyndon Johnson.

Some say Loeb wept that day. Wax went downtown to address a rally, speaking of social justice and King’s legacy and the shame of a nation, in what some recall as one of the great speeches of the civil rights era. Negotiations now began in earnest, and on April 16 the union got its contract.

We tend to remember Jewish history as an unending series of clashes between ourselves and other, more powerful actors. Just as often, it is the confrontations between Jew and Jew that are more instructive and decisive — for us and for those around us.

The 39th anniversary of King’s death will come in 10 weeks, on the second day of Passover, the festival celebrating the birth of a nation amid liberation from bondage. That was King’s final message. Few memorials could be more fitting than to bring his words and James Wax’s into the Seder celebrating our festival of freedom.