Peering Into the Minds of the Climate Doubters 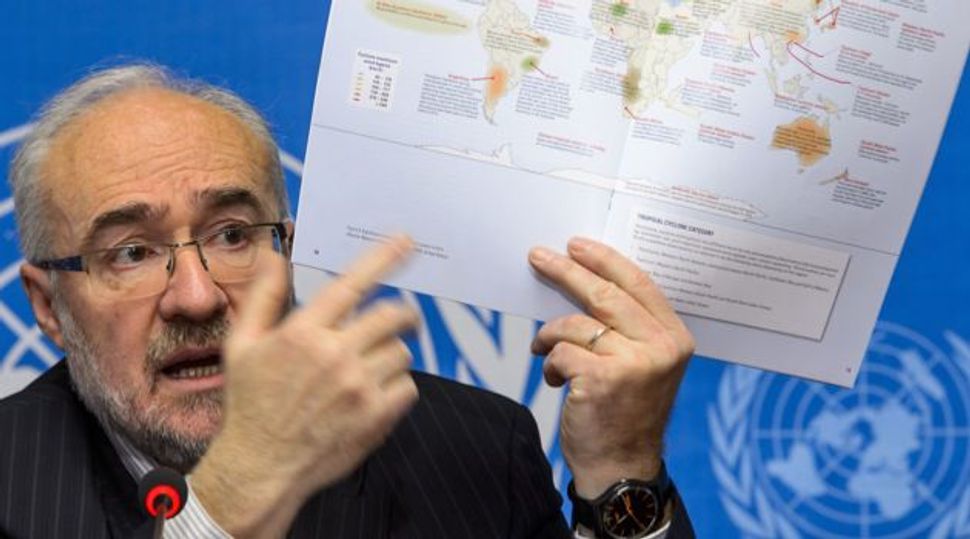 Climate study can work in much the same way. Take United Nations climate reports. Released only once every few years, they offer a chance to see how the public reacts, who accepts the science, who rushes to pour cold water on it, and why. They’re particularly helpful in testing the claim that skepticism on global warming is just a scam by Big Oil, not an informed set of observations.

The search leads us into three distinct fields of study. First, mainstream climate science, the sort you read about in The New York Times when the U.N.’s Intergovernmental Panel on Climate Change issues another scary report. Second, skeptical climate science, derisively called climate denialism. That’s the one that tells you the U.N.’s computer models don’t work, global temperatures stopped rising a decade ago and Al Gore should return his Nobel Prize.

The third might surprise you. It’s a growing field of research into the psychology of climate change denial. It starts by assuming that the U.N. scientists know what they’re talking about, that man-made global warming is a real threat and that people who say otherwise have something wrong with them. Skeptics find all this insulting. But it’s growing field with a substantial body of serious academic research, too serious to be ignored. Sorry, gang.

Let’s begin with the “who.” In the first hours and days after the U.N. report was published, negative reactions appeared mainly in unabashedly right-wing outlets like the National Review and the Daily Caller. Even Fox News treated the report respectfully. In England, two of the most stridently right-wing, climate-skeptical dailies, The Mail and the Telegraph, wrote to a parliamentary committee that they now believe climate change is real and substantially human-caused. They admit “the vast majority of climate scientists” agree.

Skeptical comment seems to come from two main sources: conservative ideologues in the right-wing media or spokesmen for conservative think tanks that produce climate-skeptical research, like the Heartland Institute and the Cato Institute’s Center for the Study of Science. A few hours’ digging confirms that they and a dozen like them are funded by two sources: petroleum interests, notably ExxonMobil and the Koch brothers, and ideologically right-wing family foundations like Scaife and Coors.

Interestingly, the role of those two forces — petroleum and the ideological right — in funding climate-skeptical research isn’t what you’d call significant. It’s overwhelming.

The biggest surprise of all, though, is sitting and reading the skeptics’ research. Environmentalists often claim skeptical science is shoddy, that skeptics don’t do serious, peer-reviewed research but rely on sloganeering. One often-cited study found that of 2,258 peer-reviewed climate-related papers published between November 2012 and December 2013, only one rejected man-made global warming.

Skeptics, by contrast, claim extensive peer-reviewed research supports them. One of the most ambitious projects is a series of five reports, titled Climate Change Reconsidered (climatechangereconsidered.org), published by Heartland’s cleverly-named Nongovernmental International Panel on Climate Change, or NIPCC. The latest appeared March 31, the same day as the new U.N. report. It claims to draw on “thousands” of peer-reviewed studies. I decided to read the executive summary, not to be convinced, necessarily, but at least to appreciate the strength of the research.

On the contrary. The arguments were almost comically childish. The basic case was, first, there’s no evidence that global temperature are rising; second, warming (which isn’t happening) is caused by nature, not man; third, a little bit of warming is beneficial. Examples: Seniors retiring to Florida live longer, ergo a warmer planet will extend life spans. Plants thrive on carbon dioxide, so more CO2 in the air means healthier plants, hence more food. Drought? What drought?

And those thousands of peer-reviewed sources? Many date back to the 1970s and 1980s, and often focus on history. Many others confirm that plants like CO2 and balmy weather encourages healthy exercise.

And that’s from Heartland, the most respected skeptical researcher. Others are even sillier.

Which leaves us with the urgent question of why so many people believe this stuff. Sure, it floods the airwaves. But so does standard climate science. Why believe ExxonMobil over Harvard on the threat of fossil fuels?

Here’s where the new science of climate denial psychology kicks in. We’ve been hearing for nearly two decades with increasing urgency from the vast majority of the scientific world that we’re barreling toward disaster. Why hasn’t the public demanded action? For that matter, why are we still debating? If you’re speeding toward a cliff, do you let the driver engage you in a discussion of gravity, or do you grab the wheel? Most of all, why is public acceptance of the facts declining as the case becomes more irrefutable?

One reason is journalistic convention. We’re trained to present both sides of every debate, unless one side is manifestly beyond the pale (think civil rights in the 1960s). In this case, it’s not hard to see that one side is talking nonsense — and dangerous nonsense, given the global stakes. But who has time to read the science?

A second reason, some scholars maintain, is numbness. “Maybe it’s because the impacts of climate change are so dire they produce a surreal sense of gloom,” writes environmental scientist John J. Berger, author of “Climate Myths: The Campaign Against Climate Science.” “Why else might we as a nation be so unwilling to fully face the realities of climate change?”

The trouble with that theory is that “we as a nation” aren’t unwilling to face the reality. We’re divided against ourselves. Something like one-third believes there’s a crisis, one-third is convinced there isn’t and one-third doesn’t know what to make of it. I could argue here that one side is right and the other is wrong. Democratic Senator Sheldon Whitehouse of Rhode Island told the chamber in February that Congress is “surrounded by a barricade of lies.” But that won’t convince anybody who doesn’t agree already. The essential point is gridlock. We live in separate realities.

A 2008 Pew survey found the vast majority of Democrats accept man-made global warming. Most Republicans reject it. On each side, those with more education are firmer in their belief than those with less education. Independents were split 50-50.

Numerous studies since then have confirmed the political-ideological divide. They’ve found, too, that majorities on each side believe the other espouses its belief for self-interest. As certain as Democrats are that big oil is poisoning the discourse, many Republicans believe that scientists hungry for government grants are producing climate reports to manufacture a case for bigger government.

And since you asked — no, nobody has any suggestions how to break the stalemate. A couple of obscure liberal writers have suggested in recent weeks that climate denial should be outlawed as fraud that causes social harm. Nobody seems to be paying attention. Other than pundits on the right, that is — they’re having a field day with it.

Peering Into the Minds of the Climate Doubters