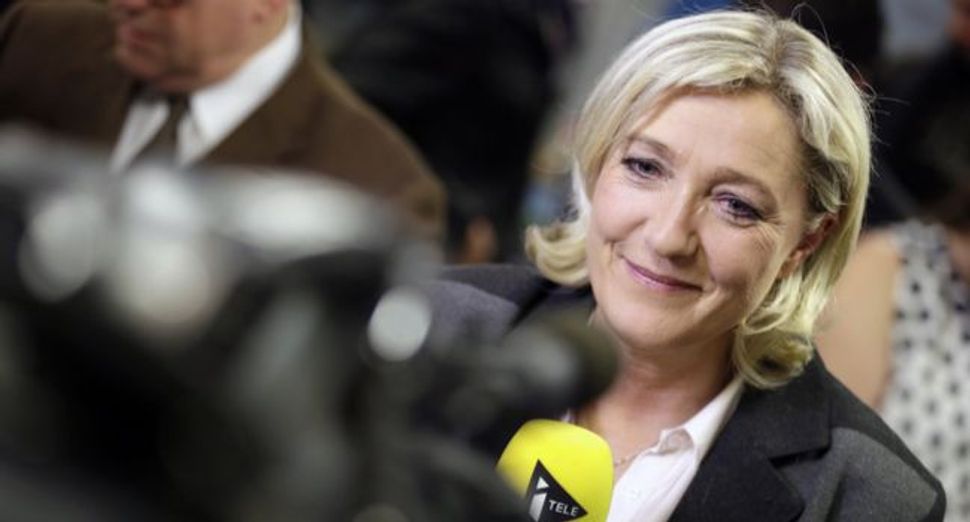 Last week, as France woke up to the results of the second round of municipal elections, the on-line newspaper Rue 89 breathlessly announced: “Miracle at Lourdes!” The event, to be sure, was more dazzling than a cripple throwing off her crutches or a blind man again seeing: a Socialist had won the mayor’s race!

It was the sort of headline that could provoke tears as well as laughter — at least for the French Left. For several reasons, none of which bode well for the ruling coalition of the Socialist and Green Parties, the March 30th vote was historic. First, the number of abstentions, nearly 40%, dwarfed the previous record set…the week before during the first round of elections. In effect, the electorate, increasingly disenchanted, if not disgusted with traditional politics, turned its back on all the mainstream parties not once, but twice.

Inevitably, voter demobilization was greatest in the ranks of the party that, in power for two years has nevertheless seemed increasingly powerless, if not clueless, over the direction they sought to take the country. The Socialists lost 151 mayoral races in cities of more than 10,000 habitants — a pummeling which eclipses the epic defeat of the François Mitterrand’s Socialists in 1983. Tellingly, the party’s leading figures did not attempt to finesse the defeat’s magnitude. Instead, they outdid one another in their efforts to convey the event’s dimensions, ranging from “collective suicide” and “hecatomb” to “hammering” and “unprecedented slap in the face.”

Second, the election represented the resurrection of the UMP, the conservative neo-Gaullist party that Nicolas Sarkozy had driven to defeat just two years ago. Now led by the equally controversial Jean-François Copé, the party caught 141 of the cities that “basculé” or tipped to the right. This number becomes all the more stunning against the background of financial scandals and judicial investigations that have engulfed Sarkozy — whose ability to juggle a half-dozen simultaneous different hearings qualifies him for a career, if not in the Elysée, than certainly with Cirque du Soleil — and his former disciple Copé.

The UMP’s success is less a measure of their attractiveness than of the radioactivity radiating from the Socialists. Unable to reverse the rise in unemployment — one of the key vows made and broken by President François Hollande — and halt the hemorrhage of foreign investors frightened by the dramatic hikes in tax rates, caught in the vise of the European Union’s demands to reduce its deficit and the staggering costs of the state’s generous welfare system, the Socialists have alienated a number of traditional constituencies. This includes industrial workers who, despite the government’s anemic campaign to convince French consumers to buy “Made in France” products, face lay-offs and closings, but also middle-class professionals worried over the new taxes and nonplussed by the government’s chronic disarray.

Indeed, a growing number of workers are now “migrating” from the left to the far right — a trend reaching into other social groups that never before would have considered voting for the Front National. This is, by far, the most important aspect to Sunday’s vote. Under Marine Le Pen, the Front National made a concerted effort to run as many candidates as possible in local elections. After the first round, FN candidates seemed poised to win not just a dozen or more city halls, but also threatened to take major cities like Perpignan and Avignon. After the votes from the second round were tallied, the FN failed to win these cities, but nevertheless won eleven mid-sized cities and towns, including Fréjus and Béziers. The American media insist on finding a silver lining to this cloud, noting that the FN won little more than 5% of the national vote. What this ignores is that the FN had candidates in just 600 cities and towns — a statistical drop in the bucket of the 32,000 communes that voted last week. Several more drops, and the bucket might well burst.

Ever since she replaced the founder, her father Jean-Marie le Pen, as the party’s leader, Marine le Pen has worked assiduously to “de-demonize” the FN. In her effort to create a kinder and gentler movement, she purged its ranks of neo-Nazis and skinheads, all the while emphasizing the FN’s republican values. Moreover, she has spoken repeatedly about her desire to “turn the page” from the anti-Semitism and negationism that mark her father’s worldview, acknowledging the unspeakable reality of the Holocaust.

Nevertheless, the more things change, the more they remain the same. In effect, the FN has replaced the Jew with the Arab Muslim as the “other” who threatens France’s moral and social fabric. In Marine le Pen’s discourse, Muslims praying on Parisian sidewalks are transformed into an “occupation,” and the comparatively low rate of immigration in France translates into a nation “saturated” with Arab Muslims. She has called for “zero” immigration and for France’s withdrawal from the European Union, which she fingers as one of the causes of “uncontrolled” immigration. Regardless of the ill that inflicts France, ranging from rising crime to rising unemployment, the agent in le Pen’s worldview is the immigrant.

Though economists and sociologists lambaste such claims, they have significantly tilted French political discourse toward the right. Nicolas Sarkozy attempted to coopt the language of the FN during the 2012 presidential campaign, proposing that naturalized citizens — ie., North African immigrants — who break the law be stripped of their citizenship. Since becoming the party’s leader, Copé has upped the ideological ante, asserting that the children of illegal immigrants born on French soil should not automatically become French citizens.

The fear of many on the left is that their own leaders will be tempted to play the same game. On Monday, Hollande named Manuel Valls as his new prime minister. As Hollande’s minister of the interior, Valls had unsettled many Socialists with his hard-nosed immigration policies, most notably in regard to the Roma population, whose camps were dismantled and residents expelled from France. Yet Valls popularity, which extends well beyond the Socialists, reflects France’s changing political landscape. The next several months will reveal if it will change beyond recognition.