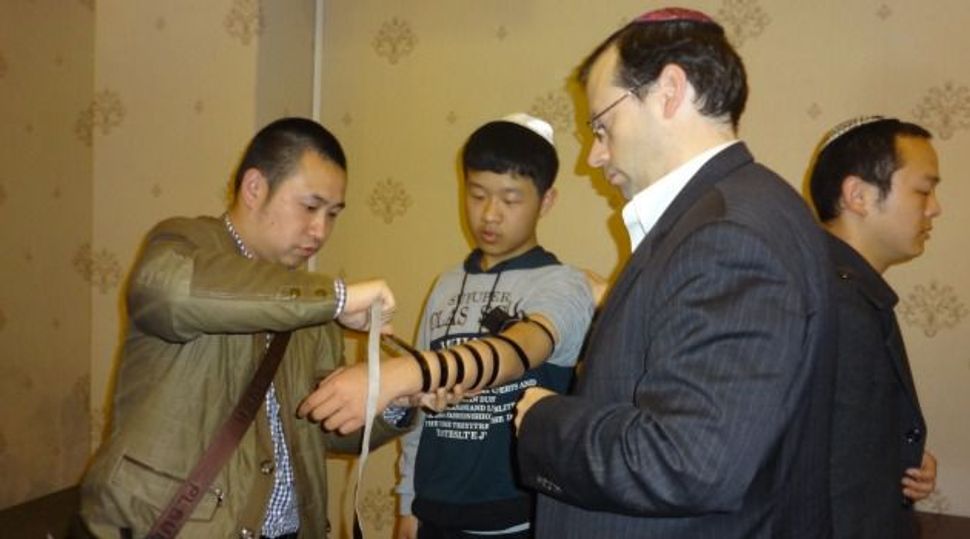 A new Passover destination is being added to the maps this year. Those bored of celebrating the holiday in Florida or Israel can now head to Kaifeng, a city of four million in China’s central Honan province. For the first time in more than 150 years, the city’s small but ancient Jewish community will hold a communal Passover celebration.

Nearly a millennium old and thought to originate from Persia and India, the Jewish community of Kaifeng numbered up to 5,000 people at its heyday between the 14th and 17th century, but fell into decline during the 19th century due to intermarriage and assimilation. Over the past decade or so, with the help of the Jerusalem-based Shavei Israel organization, members of the community have started rediscovering their roots through Shabbat gatherings and study sessions.

This process culminates in a Passover ceremony to be held on April 14, which will be led by Tzuri Shi, a 28-year-old member of the community who immigrated to Israel in October 2009, where he underwent conversion and studied at a yeshiva. According to a press release by Shavei Israel, Shi was sent back to his hometown together with Passover items, ranging from matzoh and haroset to Hebrew and Chinese Haggadahs and kosher-for-Passover cakes. Of the estimated 500–1,000 Jews in Kaifeng, 100 are expected to attend.

“There are still people who remember a grandparent not going to school or work at a particular holiday,” said Michael Freund, the American-born founder of the organization whose goal it is to support “lost” Jewish communities such as the Bnei Menashe in India and the Jews of the Amazon. “There are some families not eating pork. That’s a big deal in China.”

Apart from that, there is little awareness about Judaism in Kaifeng, which, unlike large cities such as Beijing and Shanghai, sees few Western visitors. In more international parts of China, Jews can experience what Freund called “positive anti-Semitism.”

“Many Chinese look to Jews with great respect and they will say things to you like, all Jews are smart, all Jews are rich,” Freund explained.

In Kaifeng, however, most people are not familiar with Judaism. Freund recalled walking through the city on a recent visit wearing his yarmulke. “People ask me, what is that? Some thought I was Christian or of some other religion,” he said.

Freund, who was the deputy communications director under Benjamin Netanyahu’s first cabinet, founded Shavei Israel 12 years ago. The donor-based organization has so far assisted 14 people from China with making aliyah to Israel, and supports community life in Kaifeng.