My Passover Seders from Warsaw to Disneyworld 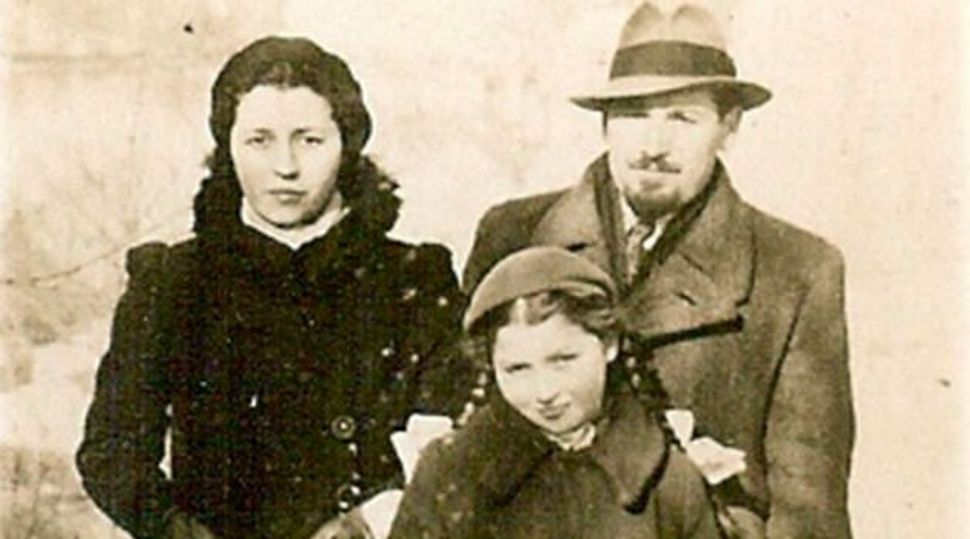 I don’t remember having a Pesach Seder as a child in pre-war Warsaw. There must have been matzo. But what I do recall is my parents’ presentation of the Exodus saga as an exemplar of liberation, of courage, of “Yiddish” ethos.

Not until we got to Vilnius (Vilno) in 1940 did I experience an authentic Seder at the home of a cousin. Fluent in Yiddish, I could not decipher the Hebrew Hagaddah text, but my Orthodox-raised parents — Zelda and Matvey Bernstein — blitzed through the Seder with lightning speed. The Lithuanians were in power. We felt safe. But in June came the Soviet occupation, my father’s arrest by the NKVD and his imprisonment in Lukishki Prison with fellow cellmate Menachem Begin. Then my mother and I got our life-saving Sugihara visas to Japan.

In Kobe, Japan, my mother and I celebrated a Seder of sorts with fellow boarders: Warsaw refugees Yosl Mlotek, Lonia Oler and her twin daughters Hannah and “Hinda.” I do not remember matzos — perhaps JewCom, the local Jewish community council, provided some. Our landlord was a former Russian general who believed that the Tsar was coming back. Since our Seder coincided with Easter, the general, in a be-medaled full regalia white uniform with saber at the side, asked us to toast the portrait of the Tsar that hung in the main room.

Though I participated and performed in Workmen’s Circle “Third Seders” as a student, my first authentic Seder — mit ale pitchevkes (with all the details) — was at the home of my husband Joseph’s aunt, Mary Muffs, whose then 18-year-old son Yohanan led the service while seated at a grand piano. He would later become a renowned Biblical scholar and teach at the Jewish Theological Seminary.

Our publishing business-related travels often stranded Joe and me Seder-less in cities across America. We experienced a sense of separation from family and community — a feeling of being anchorless. And then we discovered there was such a thing as Community Seders, at which local family-less Jews and travelers were welcome. In Miami we went to a communal assembly line Seder with guests sitting at long tables akin to summer camp dining rooms.

In Las Vegas, at the Sahara Hotel, we celebrated a community-sponsored Seder with a wonderful childrens’ choir. We shared a table with gambling addicts who could not wait for the last verse of “Dayenu!” to race down the hotel’s escalators to the blackjack tables.

In Houston we were invited to the home of Rabbi Moshe Kahane whose beautiful wife Alice — an Auschwitz survivor and passenger on the “Exodus “(and later subject of a documentary about women in Auschwitz) — invited us to her art-filled home. In Minneapolis I was the guest of a local Conservative rabbi and left feeling assured that New York City was not the only bastion of Jewish cultural activity and that Jewish education “in the provinces” was alive and well.

In 1986 at the National Association of College Bookstores (NACS) Convention, Joe and I were approached to help organize its first Seder for the Jewish exhibitors. We were in Orlando, Florida, in a hotel in Buena Vista — home of Disneyworld and Epcot Center.

For three eight-hour days we were confined to a giant exhibit arena with thousands of exhibitors, buyers and visitors. The thought of a first ever Seder, which all of us missed, offered us an emotional oasis. I don’t remember the details of how we got a glat kosher caterer…but that first NACS Seder was oversubscribed.

Buses shuttled Seder ticket-buyers from the Convention Center to the Wyndham Hotel, a magnificent building with the then-largest indoor atrium in the world. Along the route were huge posters of Mickey Mouse and other Disney characters. Everyone was dressed up. As people schmoozed and greeted one another, the atmosphere was akin to a simcha outside a synagogue post bar or bat mitzvah.

For one special night — wherever you came from, whatever your role — buyer, seller, competitor — you became members of an extended family: the Jewish people.

My Passover Seders from Warsaw to Disneyworld