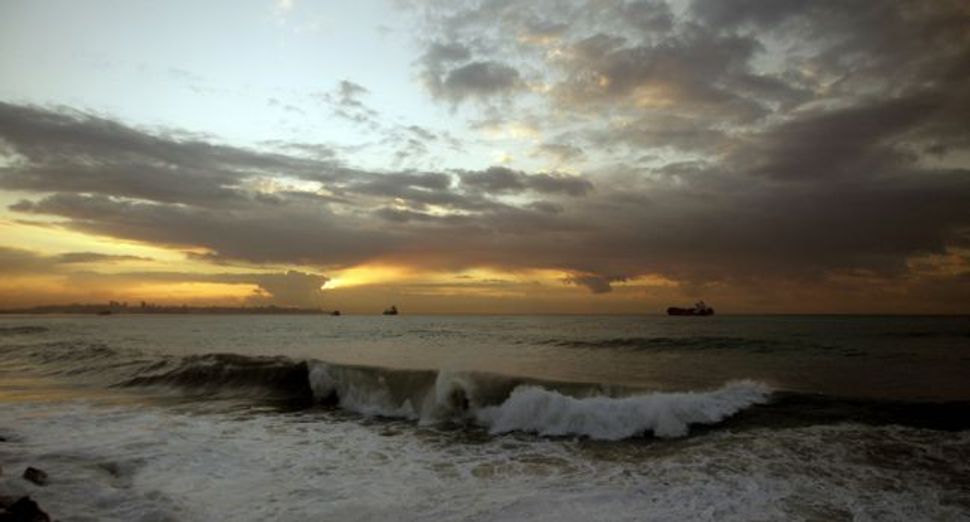 Something Up There: For some people, it’s impossible to shake a sense of the divine. Image by Getty Images

This is how I feel about God.

I have no reason to believe in God. I can’t defend the existence of a supernatural being on any ground, and most certainly not on any rational or scientific ones. I have no convincing anecdotal evidence to rely on either, no visions or other visceral experiences upon which I can base my belief.

When pressed, I crumble under the burden of proof. I have nothing to say to defend God to those who feel absolutely confident that there is no higher being.

I’ve tried to talk myself out of believing in God, and have allowed the thought to be worn down by the many “impossible” and “no ways” it will inevitably encounter when I press on it. I succeed in reducing it down and down until it is almost nothing, a splinter or an ember, but I can never rid myself of it entirely. Some might call the thing that remains doubt. Others, a spark. And others, an emotional crutch. To me it is God. And you can’t talk me out of it.

I have never felt a need to articulate my belief in God; in many ways, its strength lies in my inability to do so. But I have come to observe just how absent voices like my own seem to be from our conversations about belief. We often hear from the yeses and the noes, the capital “B” believers and the atheists, and rarely from those in the God-ish middle. We folks, the ambiguous, the undecided, the curious and even the skeptics, have been drowned out by those with convictions on both sides of the fence.

In the past decade there has emerged a very vocal atheist movement that has all the ingredients — charismatic leaders, a will to proselytize, provocative rhetoric and even a pathway to salvation (science!) — of a religious movement. With figures like evolutionary biologist Richard Dawkins and neuroscientist and philosopher Sam Harris at the helm, these New Atheists have written best-selling books and starred in documentary films that have come together to form a great God-less awakening in the Western world.

According to a study by the Pew Research Center from 2012, in the past five years the percentage of Americans who don’t identify with any religion has jumped to nearly 20% from 15%, and included among these Americans are the more than 13 million self-described atheists and agnostics. Among Jews, studies show that 42% of Israelis identify as secular, and half of American Jews doubt God, though of course that isn’t quite the same as atheism, and especially not the polemicist’s version.

Some credit the rise of the nonbelievers as a backlash against the rise of the also increasingly vocal religious right. In their 2010 book, “American Grace,” political scientists Robert Putnam and David Campbell argue that a whole generation of potential believers was turned off of religion by this group’s politicized interpretation of the Old Testament, fueling their condemnation of things like abortion, same-sex marriage, contraception and premarital sex. The political environment during the Obama presidency, including the recent spate of court cases pitting conservative interpretations of the Bible against a woman’s right to contraception, has centered on these voices, making these people the noisiest God-believers around today.

“God-ishness,” which to me represents belief without theological conviction, has long had a presence among Jews. Inquiry and doubt are woven into the practice of our faith; no synagogue forces a member to make a declaration of belief before the person can enter its doors. Instead, we are big on questions, which, by nature, accommodate humans’ capacity for original thought and honor the presence of mystery and subjectivity in the world around us. The evolution of our perception of God, from an anthropomorphized being to an abstract entity, from being defined by what God is to what God isn’t, reflects this tolerance, or even celebration, of the power of the question.

But we don’t have a monopoly on uncertainty. In an op-ed in The New York Times, T.M. Luhrmann, a professor of anthropology at Stanford University, writes about how at churches, at even the most deeply theologically conservative ones, many members express complicated and even conflicted ideas about God’s realness. She goes on to explain how the role of belief in religion has long been an overstated one, and cites Émile Durkheim’s theory that the presence of the supernatural is the result of that particular aliveness people tend to feel when they believe they are part of a social group. She also points out that the definition of “belief” has changed since the writing of the King James Bible, when it meant “hold dear” instead of to have confidence in the truth of something.

My God-ishness allows me to remain on the right side of progress, while still maintaining a place for the ember that all that science has yet to extinguish. It is a dual-passport really, one that gains me access to the secular world where I spend, and enjoy, most of my days, but also one that opens me up to that sense of stillness and awe I feel when I hear a room full of Jews chant the “Sh’ma.”

Talking about one’s relationship to God is personal. Maybe even more so than our relationship to our partners or our children. We share a common language for those — one forged by centuries of storytelling, including Victorian novels, sitcoms and mommy blogs — and maintain a certain confidence in our sameness. God, on the other hand, remains an experience that is for many of us deeply private and perhaps is best left that way.

Even after writing this, I am still not certain that I want to expose this most intimate of relationships to you, the public. Doing so makes me feel embarrassed, even a little ashamed. But I am going with it because I don’t want the discussion of belief to be dominated by the literalists on either side. The abiding presence of God, whether in our minds or far beyond them, merits more than that.