Virtues of the Marathon Rabbi 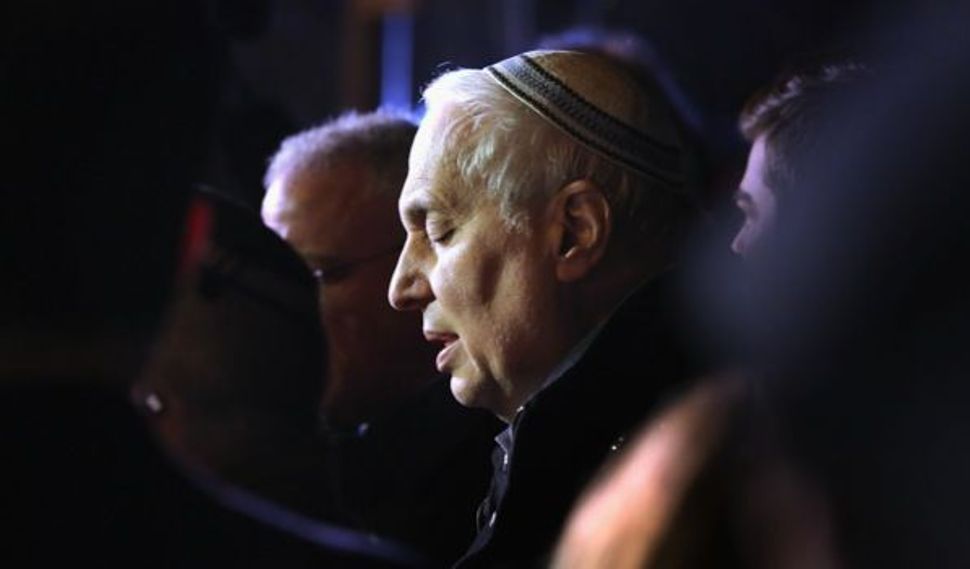 Long Time Rabbi: Avi Weiss has been with his Riverdale congregation for many decades, an example of a marathon rabbi. Image by Getty Images

Even before my first day on the job, 44 years ago, as I was stocking up at a supermarket for my new residence, a soon-to-be congregant approached me in the parking lot. “You won’t last one year in Congregation Neve Shalom,” the congregant said. Your predecessor was too beloved, and you’ll never fill his shoes.”

That was when I first understood a question I was asked more than once as a rabbinical student in the 1960s: “Is this a job for a Jewish boy?” Young colleagues today tell me they continue to be asked the same question. The question is intended to be humorous, but also empathetic. It means, “How can an able and dedicated person like yourself eschew the other career possibilities to do this one, and subject yourself to 24/7 work, a fish bowl existence, contradictory demands from contradictory constituencies and 1,000 bosses?”

The truth is that the shelf life of American clergy in a church is too brief. Almost 50% of churches have two or three different pastors preaching from the pulpit over a decade. A nationwide study by the research company Barna Group found that the average stay in a parish in 2000 was five years. Barna concludes that because a clergyperson’s greatest effectiveness comes after 10 years, the more limited stay “may be short changing pastors, and the congregations they serve, by prematurely terminating their tenure.”

Many of my classmates who were ordained with me in 1964 began their life’s work as pulpit rabbis, but after a few years they ended up in law, insurance, investment banking, academics, administration, fundraising, chaplaincy or psychotherapy or as mohels or scrap iron entrepreneurs. Some suffered burnout. Some suffered “throw out,“ as their employment was terminated at one congregation after another. According to Kevin Leicht, professor of sociology at the University of Iowa and co-author of “Professional Work,” “Clergy firings are very high compared with the national labor force, where 1.2% of all employees are involuntarily terminated. The rate is even higher than coaches in the NFL, a notoriously unstable profession.”

Despite these traps, my four-plus decades stay with my congregation happened for two reasons. The laity kept inviting me back because they concluded that, regardless of my shortcomings, the synagogue would be worse without me. I accepted the invitations because I concluded that the privilege and joy of teaching, preaching, pastoring, inculcating the religious explanation of our place in their world was far greater than the fish bowl exposure, picky criticisms and petty politics.

“Rabbi” is a verb, not a noun. Here are some of the fulfilling moments when I “rabbi-ed.” A Sabbath service that I structured where the room is filled with young and old who came to love religious Judaism as I do; 44 years of classes with 40-plus adults each year who give up their Sunday mornings to study Judaism; the person who will say to me, “Rabbi, I never lived that mitzvah until you explained it”; helping someone to think through life-and-death decisions regarding a loved one, and simply being with someone, but saying little, when that loved one has just died. All that is “to rabbi.”

What difference did my “rabbi-ing” for 44 years, rather than five, make to me and to the congregation?

To me and my family, it made a big difference: We did not have to suffer the emotional and physical uprooting of moving from place to place. I could be tranquil in focusing on not only the urgent tasks of “rabbi-ing ” — tasks that someone in jest called “hatching, matching and dispatching,” but also on the necessary tasks of “rabbi-ing”: studying, preparing for classes and thinking through sermons, sharpening the larger vision for my congregation, spending as much time as congregants need when they come to talk through their problems or lie in a hospital bed.

How did the congregation benefit?

They got a young rabbi, then a mature rabbi, then an old rabbi as many of them, too, were first young, then mature, then old. Their rabbi understood their ups and downs in life because he was experiencing what they were experiencing at the same time. My counsel was grounded in knowing them, their children and their children’s children. And the young ones who affiliated with the congregation when I was already old? They helped me to learn that vision, competence, enthusiasm and dedication are not necessarily age related.

What kind of a job has this been for a nice Jewish boy? One that has been a sacred calling and not just a job. And all the more so because I stayed in one place with one congregation for all those decades of growth and learning.

Gerald L. Zelizer is the rabbi of Congregation Neve Shalom, in Metuchen, N.J.

Virtues of the Marathon Rabbi