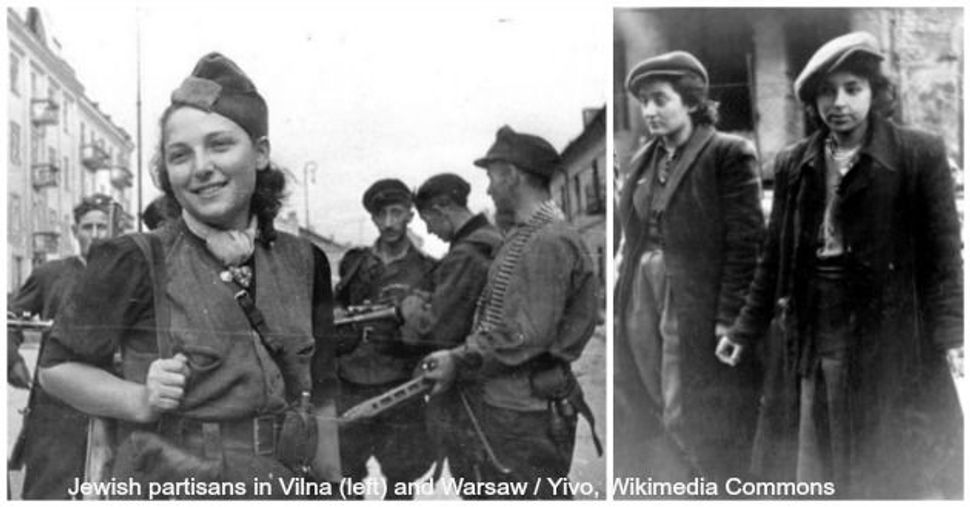 He told stories to show how wisdom can come from the most unlikely mouths, from infants and the mad. But what he meant to say was that prophecy was destroyed when the Romans destroyed the Jewish commonwealth and scattered the Jews to the four winds. Human wisdom remained, but there was no longer prophecy, no longer the living voice of God dwelling in His holy house.

Now we stand in the shadow of the Third Destruction, when wisdom was destroyed. Nothing makes sense anymore. What remains is memory. Now we struggle in darkness to unravel the senseless contradictions of this new world, to understand what is beyond understanding. We are all children, and we are all fools. And still we struggle.

We come together every year on this day, Yom HaShoah, to remember the six millions of our people who were murdered by the Nazi butchers. We gather to tell their stories. To stand in solidarity with their memory and to promise, each year anew, that we will never forget them. We gather to join hands with those who survived, who came through that greatest of all human hells and lived to teach us their wisdom. We stand with them, and listen, and together we seek to gain some understanding of the past, for the sake of our future.

But why now? Why in April? Today is the 27th of Nissan on the traditional Hebrew calendar. What does this date signify?

Why not January 30th, the day Hitler came to power in 1933 and set the wheels of destruction in motion? Why not November 9th, when the violence exploded on the Night of Broken Glass in 1938? Or September First, the day the Germans invaded Poland in 1939 and began the mass extermination of Jews? Why not January 20th, the day the Final Solution was adopted as official policy at Wannsee in 1942?

Then again, why not choose January 27th, the date Auschwitz was liberated by Soviet troops in 1945? That’s the date the United Nations voted in 2005 to establish as International Holocaust Remembrance Day. Why not come together with the nations of the world on a note of hope and human solidarity?

No, we do not gather on any of those dates. Not the days that mark the crimes done to us. Not even the date when our rescuers arrived. We gather now, in April, to remember the day that the Jews fought back.

On April 19, 1945, the 14th day of Nissan 5703, on the eve of Passover, the youth of the Warsaw Ghetto rose up in revolt to liberate themselves. Or, at the very least, to redeem Jewish honor. To declare to the world, and to history, that Jews no longer went to their deaths as helpless victims. That there was a cost to murdering Jews.

The annual gathering began in New York the following year, on April 19, 1944. The war and the killing were still in full swing. But we gathered in solidarity with the heroes and martyrs, in solidarity with those who had died and were still dying. And every year since then, Jews around the world have gathered to remember the Holocaust by honoring the heroes of the ghetto. We call it Yom HaShoah, but the full name is Yom HaZikaron laShoah ve-laGvurah, Holocaust and Heroism Remembrance Day.

But then, why the 27th of Nissan? Why not the 14th, when the revolt began? This was decided by the State of Israel when it adopted Yom HaShoah in 1953. The secular Labor government of David Ben-Gurion moved the observance two weeks back to avoid colliding with the religious rituals of Passover. The force of rebellious modernity made room for the imperatives of tradition. The old and the new must survive and walk forward together.

Hatred and murder of Jews is not new. It’s as ancient as the Jewish people. But the Nazis were different. They brought something new into the world. Their murderous rampage was a product of modernity, of the Industrial Era. They didn’t kill Jews because they wanted to change our beliefs or behavior, as persecutors before them had done. They didn’t kill Jews because we stood in the way of some goal the Germans sought. That’s the way that most killings of one group by another occur — two sides have goals that conflict. But the Nazis were different. Killing Jews was their goal.

Germany was one of the most advanced and powerful of the world’s industrialized nations. It set out to conquer the world and kill every Jew, using the most advanced modern technology. And if they had not been stopped by the Allied Armies of America, Britain and Russia, the Germans would have finished their monstrous task, and we would not be here to remember.

But we are here, because our side won. This too is something new in the world: Jews as allies of the victors, saved from the brink of extermination by the armies of the world.

And we are here today because of something else that was new in the world — Jews fighting back.

For two thousand years, since the Roman Era, Jews had wandered in exile. We were beaten, tortured and burned because of our faith. We had courage and defiance, but our defiance was our refusal to abandon our faith. Our courage was in giving up our souls willingly for the sanctification of God’s name, our patience in waiting for the coming of the Messiah.

And then one day we stopped waiting. That day was April 8, 1903, 40 years before the Warsaw Ghetto revolt — almost to the day. It was Easter Sunday. On that day in the city of Kishinev, in a forgotten corner of the tsarist Russian empire that’s now called Moldova, Jews were attacked by a mob of their Christian neighbors.

Attacking Jews on Easter was a brutal ritual that went back centuries, punishing us for the death of Jesus. Forty-nine Jews were killed in Kishinev. The massacre shocked the world. It inspired two epic poems by the Hebrew poet Chaim Nachman Bialik, “On the Slaughter” and “In the City of Slaughter.” He wrote in fierce anger that Jews in Kishinev cowered in their cellars and waited for death.

But Bialik wasn’t there that day. The reporters of my newspaper, the Jewish Daily Forward, reported from Kishinev that the Jews surprised their neighbors by grabbing sticks and shovels and fighting back like tigers. And after Kishinev, Jews all across the Russian empire began arming themselves and learning to fight.

In fact, the waiting had stopped six years earlier. In August 1897, Jews from around the world gathered in Switzerland and formed the World Zionist Organization. They decided it was time Jews stopped waiting for the Messiah, took their destiny into their own hands and rebuilt the Jewish commonwealth themselves.

We often forget, but Zionism was born as a revolt against Jewish tradition.

Two months later, another group of Jews gathered in Vilna and formed the General Jewish Labor Federation. The Bund. The first nationwide socialist organization in Russia. Its goal, like Zionism’s, was for Jews to seize their destiny in their own hands and build a just society right there at home.

I don’t have to tell you that one of those movements worked out better for Jews than the other. Socialism gave us Lenin and Stalin and Mao Tse-tung. But it also gave us Tony Blair and Francois Hollande, the eight-hour day and minimum wage. And Socialist Zionism gave us the kibbutz and the Haganah.

They are the reason we are here today, on Yom HaShoah ve-HaGvurah, to remember Jewish suffering and to honor Jewish courage and heroism.

We are all descended from that one moment of creation.

And so we come together here, as we come together every year on this day, Yom HaShoah, to honor the memories of six million worlds that were destroyed when six millions of our people were sent to their deaths by the Nazi murderers. The world that was destroyed six million times. We were all killed at Auschwitz and Buchenwald and Mathausen, in Kovno and Salonika and Babi Yar. And we are all survivors, here today because of courage of those who died and those who made it through.