The Danger of Denial for Israel 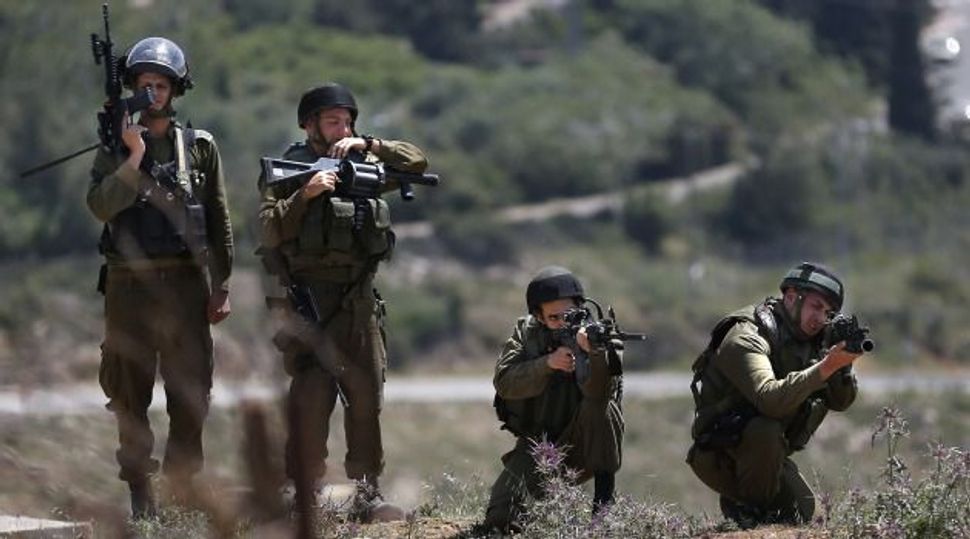 We are not, of course, John Kerry. We have not, in the past nine months, met 34 times with Palestinian President Mahmoud Abbas and reportedly twice that many times with Israeli Prime Minister Benjamin Netanyahu, staking so much personal energy to achieve the two-state solution that these men say they want but are unwilling to grasp.

Since we are journalists and not diplomats, we won’t get into trouble for speaking the truth, which is that Israel does risk becoming an anti-democratic state where a minority rules the majority unless the occupation ends. We won’t utter the A-word — Israeli politicians are allowed to, but it’s unwise and inflammatory for anyone else, especially if you are secretary of state, even if you thought you were speaking in a private, off-the-record conversation.

We are, instead, Americans who care deeply about ensuring a secure, Jewish and democratic Israel, and about finding a way to satisfy the legitimate national aspirations of the Palestinians. From this perspective, half a world away, it looks like Netanyahu and Abbas are in a dangerous state of denial.

Politics in America, in Washington especially, hardly provides a model for finding common ground, but it is far enough from Jerusalem and Ramallah to see what those leaders cannot or will not acknowledge. We may be wrong on this. We rather hope so. But the view from here is that the situation there is not likely to get better, or easier, or more advantageous to one side or another anytime soon.

Israel’s continued occupation of roughly 2.5 million Palestinians in the West Bank will corrode its soul and destroy its democracy, diminish its international standing and hasten the alienation that too many American Jews already feel. Palestinians’ continued refusal to accept the reality of Israel as a predominantly Jewish state will prevent them from establishing their own independent nation. Israel is in the neighborhood for good. Boundaries can be adjusted, compensation for lost property arranged, but the central fact of Israel’s existence is by now immovable. Get used to it.

We recognize that, thanks to the separation barrier, a thriving economy and security cooperation with the Palestinian Authority (though who knows how long that will last), most Israelis outside the military don’t have to deal with Palestinians. Even those Jews living among them in the West Bank can travel on separate roads to gated communities. The occupation is largely invisible. It can be easily denied.

Denial is pervasive on the Palestinian side of the Green Line as well. Did Abbas really think he was helping his people by lobbing a grenade into Kerry’s gasping negotiations to try — again — to reach a rapprochement with Hamas? All he did was give Netanyahu the escape route he was waiting for and further postpone an end to his people’s suffering.

The refusal to come to grips with the dangerous, slow-burning reality in the Middle East reminds us of how Americans deny the stark effects of climate change and the human role in furthering environmental degradation. We shrug off dramatic shifts in temperature and the destruction caused by extreme storms, and lull ourselves into thinking that a hybrid car here, a bit of recycling there, is all we need.

The scientists who are trained to see and understand the larger landscape, however, are ringing alarm bells so loud that we have to be deaf to ignore them. In much the same way, John Kerry was calling upon Israeli and Palestinian leaders to see past the denial of convenience and the denial of desperation to a path that could change history. We are not him, of course.

Which is why we can be grateful that he tried.

The Danger of Denial for Israel