A Jewish Reckoning With Infertility 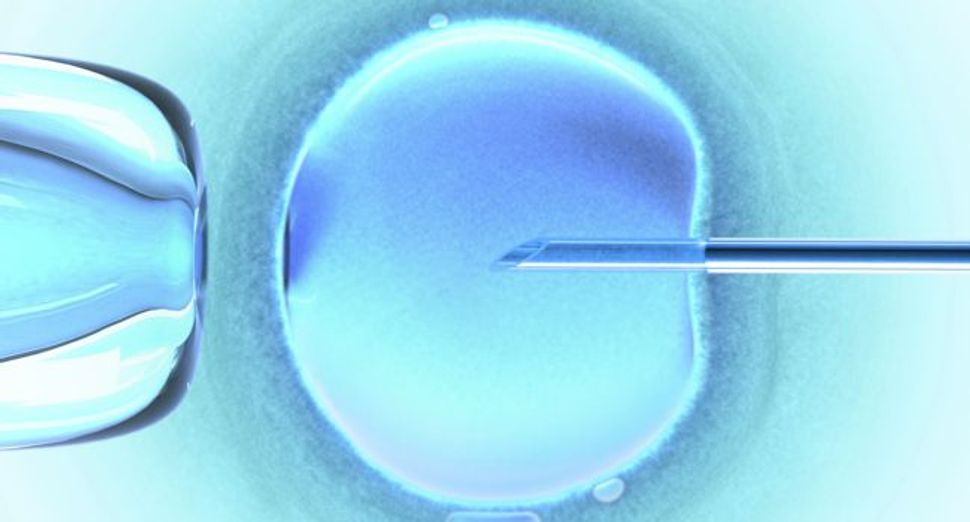 Conception: In-vitro fertilization is one of the procedures that needs to be supported. Image by Think Stock

This past week was 25th National Infertility Awareness Week, an effort by RESOLVE: The National Infertility Association to raise awareness of the condition experienced by one in eight U.S. couples of childbearing age. Since they began this campaign much has changed in the way we discuss fertility, and more men and women now feel free to speak openly about their reproductive challenges and know how to find help. Unfortunately, this hasn’t been matched by more affordable treatment options or more supportive public policies.

Something very similar has occurred in the Jewish community. Men and women have begun to address infertility, sharing their own stories and those of their congregants, stripping the stigma away from infertility and making what was once a very private ache a communal one. And yet no large donor or organization has risen up and offered this growing chorus support.

Take for example the moving sermon Rabbi Marc Katz of Brooklyn’s Congregation Beth Elohim gave last year comparing the experience of infertility to the ostracization of niddah, the ritual impurity laws. He spoke of the ways couples struggling to conceive can feel out of place in the family-centric environments of our synagogues, and then urged his congregants to speak openly about such struggles and support one another.

Sh’ma: A Journal of Jewish ideas has run a series of blog posts on the matter, including a touching one from singer and Jewish educator Naomi Less about the persistent unsettledness she feels as a woman struggling to conceive while often working with children. The Forward’s Sisterhood has also published accounts of infertility, as have other Jewish publications.

There has also been the development of support organizations, including Puah, which is geared towards a more religious audience, the Jewish Family and Children’s Services of Philadelphia’s recent offering of financial support for local families, and a newer one called Hasidah, Hebrew for “stork,” which aims to serve the Jewish community at large. Unfortunately, and this is by no means a comment on their hard work or intent, they are capable of making very little change. Why? Because no big donors, no Steinhardts or Schustermans, have stepped forth to help individual parents who have the same exact mission as their foundations: to ensure Jewish continuity. Federations have also remained mum on the matter for the most part.

Their money could go towards providing financial support or interest-free loans for treatments like intrauterine insemination and in-vitro fertilization. They could also support legislative efforts to subsidize or create tax-credits such treatments, like the act proposed by U.S. Senator Kirsten Gillibrand (D-NY) and Congressman John Lewis (D-GA) last year.

Israel offers free, unlimited in-vitro for up to two “take-home babies” for all women under 45. Unsurprisingly, this policy has made the country the world capital of the procedure, with over 7,000 per year. The generous government assistance in Israel comes from a desire to be fruitful and multiply, for biblical reasons, historical ones (the Holocaust), as well as demographic ones; Israel needs to make sure it maintains a Jewish majority. That said, Arab Israelis have access to the subsidized treatments as well.

So what is the roadblock among the Jewish community in the States? I suspect it has something to do with the fact that, despite the thousands of years separating us and the infertile matriarchs, our attitudes about women have not shifted quite as much I would have hoped. We still view procreation as a woman’s responsibility, a trial that they should be subjected to alone. Of course men might responsible for the empty womb, but culturally the stigma, and it is heavy one, is still placed upon women.

Sarah, Rebecca, and Rachel were all driven to emotional extremes because of of infertility. Don’t we pride ourselves as having evolved since that time when families were the sole responsibility of the those who carry them in their uteruses? Shouldn’t our priorities as a community finally reflect as much?

A Jewish Reckoning With Infertility