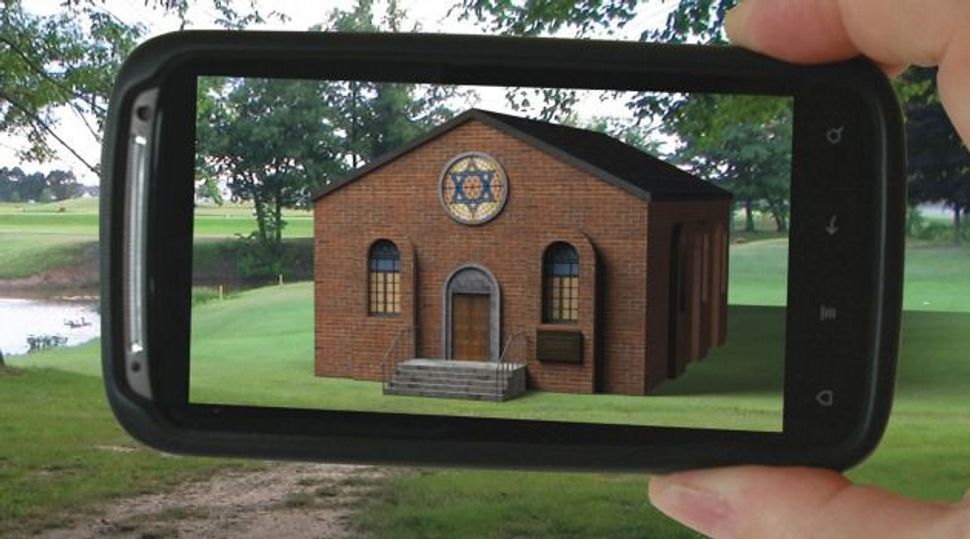 If there was an autonomous Jewish homeland in Grand Island, N.Y., near Niagara Falls, what would it look like?

This idea seems surreal today. But it was exactly what Mordechai Manuel Noah, one of the most influential Jews in the United States in the early 19th century, advocated. Noah named his utopian vision of Jewish autonomous state Ararat after the place where Noah’s Ark is said to have landed.

But Noah wasn’t able to galvanize any support from the Jewish community for his vision, neither in the U.S., nor abroad. His efforts to establish the colony in 1825 imploded soon after the inauguration ceremony.

What if Noah had been successful? How would a trip to Ararat feel like today? What kind of sightseeing would we embark on? And, what kind of money would we use to pay for it?

The interactive art project “Mapping Ararat: An Imaginary Jewish Homeland” by Melissa Shiff starts with these “What if? questions. Shiff and her dedicated team use digital multimedia and geo-locational software to stage a historical fiction with wit, creativity and surprising attention to detail.