Talking to the Rabbis About Sex 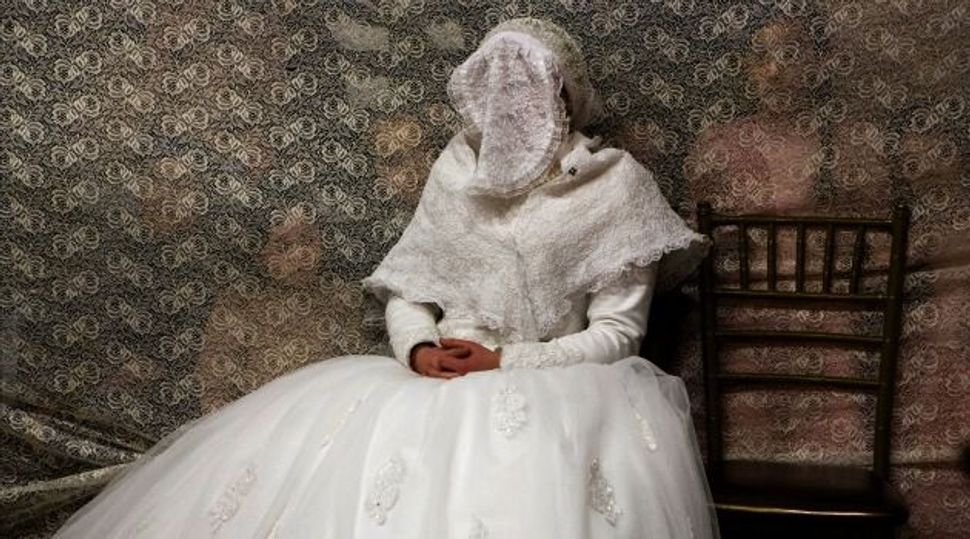 An ultra-Orthodox bride at her Jerusalem wedding in 2014. / Getty Images

This past Sunday, I spoke about sexuality and modesty in front of a group of ultra-Orthodox rabbis. Both professionally and personally, it was a profound moment for me, a formerly ultra-Orthodox woman, to sit there and name experiences that the ultra-Orthodox community hasn’t wanted to hear. To say aloud: I was raped, to say aloud: modesty can breed vulnerability to sexual assault, to say aloud: all girls deserve sex education. And to have these rabbis — some of whom were surprisingly open to these ideas — carefully listen to me articulate these silenced realities.

At this event, five former ultra-Orthodox Jews met with four ultra-Orthodox rabbis and one Orthodox woman in an optimistic but perhaps quixotic attempt to build bridges of communication between these two communities.

Tensions have risen between the two, as former ultra-Orthodox Jews have grown to be a bold voice for justice around issues of sex abuse, negligence in education, forced marriages, oppression of personal choice, removal of children from deviating parents and abusive treatment of deviating teens, in their communities of origin.

Still, I agreed to assist Rabbi Eliyahu Fink, the Orthodox rabbi who organized and moderated this event, and to speak there as a participant. On that evening, the eleven of us involved put aside our theological disparities and powerful emotions to try and take a step towards naming and then addressing social problems within ultra-Orthodoxy — which we all agree, despite our differences, need to be faced.

As we spoke, I was surprised to hear some of the complexity that underlies the actions of these ultra-Orthodox rabbis. I’ve often encountered their views as black-and-white attitudes, but in the candid conversations at this event, I heard an unexpected complexity of motivations, and expressions of compassion and awareness, that gave me more hope that there are opportunities for change and cooperation.

Some critics of ultra-Orthodoxy have scoffed at this project. They’re mistrustful of the rabbis, angry that my peers and I would attempt to engage these people, some of whom have been associated with forces that have caused us pain. This is a classic dilemma of social change movements: Do we engage directly with the entrenched establishment, pulling them in to work on solutions — or are the costs too high and the outcomes too unlikely to make the effort worth it? I believe the issues are pressing enough that we must use every tool we’ve got — including engagement.

A lot of things were accomplished at this event, some visible, some not yet, but one important achievement is that we put names to faces, which can be a powerful way to bring conversations from yelling past each other to a more constructive volume.

For these ultra-Orthodox rabbis to have the willingness to sit at the table with five former ultra-Orthodox Jews, and to display a degree of willingness to listen to their ideas for reform and more importantly help implement our suggestions, is a significant and valuable statement. It doesn’t negate my general anger and cynicism to state that I’m grateful for this gesture.

Yes, emphatically, this is a dismally low bar. But when you consider where we’re starting from, it feels like a leap as high as Everest. And yes, emphatically, this thimble-sized achievement is laughable relative to the size of our problems. But there’s no silver bullet for complex social change. There are only tiny steps, stumbling ahead, hopefully encouraging others forward on their own paths, until a great mass of us create a wave moving in the direction of justice and tolerance.

In our conversation at this event, it became obvious that some ultra-Orthodox rabbis, feeling a duty to the expectations of their communities, may fear that taking a strong stand for idealistic solutions may cost them some credibility. It’s a disappointing dynamic, but it also illuminates that insiders to the ultra-Orthodox community who feel powerless may not realize how much power they actually hold in their hands — how much one small statement, or one small action, can start to shift the intricate ecosystem of communal life. And it is the same for those on the outside — one small step can inspire others, change a dynamic, and together we can make a significant leap forward.

Talking to the Rabbis About Sex