Lessons of Holocaust for 9/11 Museum 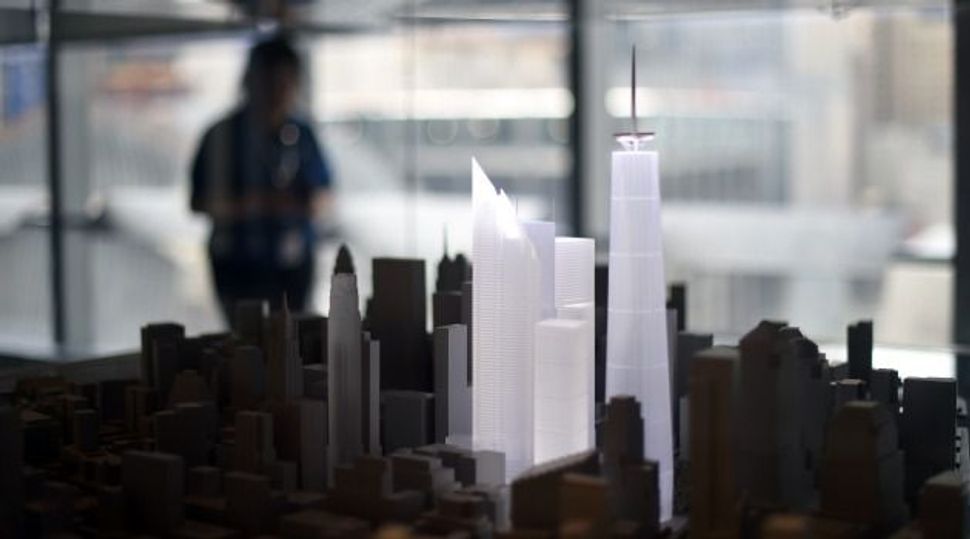 Imagine: It is 1958, 13 years after the end of the Holocaust that devastated much of a continent and buried six million Jews along with million of others. Imagine now trying to build a museum to memorialize what happened, educate visitors about the atrocities, and confront the legacy of European genocide in a global context.

Now imagine doing this at, say, that most recognizable of concentration camps: Auschwitz. No, not in the way that the Polish government decreed in 1947 when it established what has become known as the Auschwitz-Birkenau State Museum, which is not a museum so much as a collection of artifacts — one whose mission is not to tell the whole story of Auschwitz, never mind the whole story of the Holocaust.

Imagine something grander, more ambitious. What did we know of the consequences of the Holocaust a little more than a decade afterwards? What was its legacy? We knew then of the Nuremberg trials, Germany’s return to democracy, the way survivors began to rebuild their lives and, of course, the establishment of the State of Israel.

But the heart-wrenching personal stories of terror, death and survival were only just surfacing in 1958. “Night,” Elie Wiesel’s iconic account of his time as a prisoner in Auschwitz, would not be published in English for another two years. Adolf Eichmann, one of the most infamous Nazi organizers of the Holocaust, would not be hanged for another four years.

We did not yet know that the Soviet Union, which aggressively re-divided Europe after World War II, would itself collapse a few decades later. And we did not know that Israel would become a vibrant and extraordinarily successful nation that would also be afflicted by continued wars with its neighbors and the moral stain of occupation.

Even today, nearly seven decades after the liberation of Auschwitz, it is impossible to tally up all the consequences of the Holocaust, to codify the profound human losses and understand its deep geopolitical ramifications, to overcome the scent of death from the scene. So imagine now the challenge facing the National September 11 Memorial Museum, a scant 13 years after airplanes crashed into buildings and turned ordinary American ground into a graveyard.

It is no exaggeration to say that the new museum built beneath the World Trade Center plaza in lower Manhattan, opening to the public May 21, is deeply connected to efforts and institutions that memorialize the Holocaust.

Many of its leaders are steeped in that experience. Alice Greenwald, director of the 9/11 museum, came to the position in 2006 directly from the United States Holocaust Memorial Museum in Washington, where she served as associate museum director for museum programs. David Layman, who designed the exhibits for the 9/11 museum, did the same work for the Illinois Holocaust Museum in Skokie, Ill. Clifford Chanin curated the Legacy of Absence collection for the Holocaust museum in Skokie and founded the Legacy Project. He worked for years as a consultant to the 9/11 Museum and is now its vice president for education and public programs.

The Holocaust, Chanin said in an interview, showed us “the importance of memory, the civic function of memory, how to memorialize mass murder. It codified the moment.”

Chanin sees the remembering of the Holocaust as providing a “template” for shaping the way we collectively, even globally, pull out from an historic event its larger meaning for mankind.

Just think about all the Holocaust museums and memorials across America and around the world, in cities, towns and suburbs far away from the gas chambers and mass graves of Europe. Even in places with little or no Jewish presence, there’s a belief that the Holocaust should be taught, its lessons absorbed so as not to be forgotten.

In its latest global survey released May 13, the Anti-Defamation League reports that only 54 percent of the people around the world have heard of the Holocaust, and we consider that, legitimately, a dangerous finding. Everyone should know about the Holocaust! As well they should. It’s fascinating how in half a century we have come to expect that a singular atrocity should be considered a global lesson plan.

Much as the Holocaust has informed our way of remembering and memorializing the terrorist attacks 13 years ago, there are meaningful differences between it and 9/11.

“We are not Auschwitz,” was the direct way Sara Bloomfield, director of the Holocaust museum in Washington, put it in an interview. “We are not a graveyard. We are not even in Europe. We are tied to the civic landscape of this country.”

Even the architectural contrasts between the two structures illustrate this powerfully: The Holocaust museum sits proudly on the mall in Washington, its gleaming limestone and brick facade visible for all to see. The 9/11 museum is buried deep beneath the footprint of the Twin Towers, next to unidentified remains housed on that very site.

It is not grafted onto the American story. It is embedded in American soil. Or, as Chanin noted: “We are at the scene of the crime and they’re not. The authenticity of place is in the bones of this very project, but it complicates the project.”

While those complications ­­— financial, political, emotional and otherwise — sent the 9/11 museum project down detours and near dead-ends, it still is opening astonishingly close to the time of the events it chronicles. “Thirteen years feels incredibly raw to me,” Bloomfield said. “If we opened 13 years after the Holocaust, we would be a very different place.”

The challenge — not just for the museum but also for the nation — is that the legacy of 9/11 has not yet been written. “We are still grappling with the void,” said Holocaust scholar Michael Berenbaum, who helped build the museum in Washington. “We had false steps in Iraq, confused steps in Afghanistan. The nation spends a lot on security and still feels insecure. We don’t have an articulated sense of what we are after 9/11. What does it mean? It’s an incredible problem for the museum to resolve because the nation hasn’t resolved it.”

The Holocaust became the subject of global memory in part because it was the first massive genocide of the technological age. Grainy newsreels showing piles of dead bodies and emaciated survivors had an enormous impact on the American public. Edward R. Murrow’s heart-wrenching radio broadcast from the liberation of Buchenwald penetrated the American home.

How much more so on September 11, 2001, when the attacks unfolded in horrifying vividness, in real time. You were a witness no matter where you were. Perhaps that is why a third of the nearly 13 million people who have visited the memorial at Ground Zero since it opened in 2011 are from overseas. Even as the attacks highlighted our vulnerability, they also showed how America has important lessons to impart.

“The global culture of memory taught people there is something to learn from this,” Chanin said. Remembering the Holocaust set that process in motion.

Lessons of Holocaust for 9/11 Museum