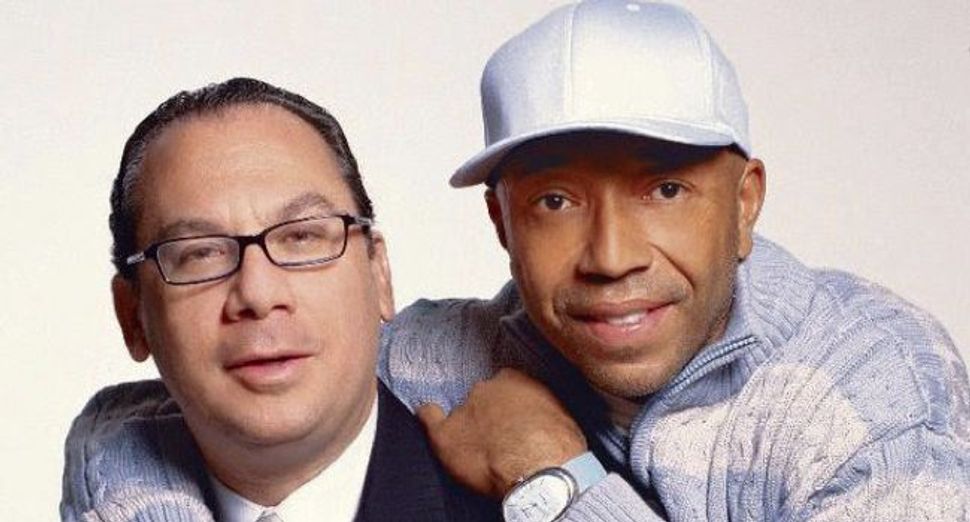 Partnership: Blacks and Jews have a shared history and future. Image by Courtesy of Marc Schneier

Having already irredeemably labeled himself as a racist by berating V. Stiviano — who happens to be of Latino and African-American descent — that she should not bring Blacks to his Los Angeles Clippers games, or pose for pictures with African-American icons like former LA Lakers superstar Magic Johnson, Sterling let loose with an equally repulsive rant earlier this week during an interview with CNN’s Anderson Cooper.

During the broadcast, Sterling spewed his venom on Magic Johnson; falsely claiming that Johnson “doesn’t do anything for black people”. He also sought to drive a wedge between African-American and Jews by claiming that the Jewish community takes care of their own while prominent blacks, like Johnson, abandon black people who are living in poverty. Quick to respond, Magic Johnson stated unequivocally that Donald Sterling “will not harm Black-Jewish relations.”

The two of us, as Jewish and African-American leaders who have worked together for more than 20 years to strengthen black-Jewish relations, refuse to allow Donald Sterling to make false claims about Magic Johnson, the African-American community, and to undermine the noble work that so many blacks and Jews have done over many decades to bring our two communities together.

In this spirit, we salute Magic Johnson’s response to Sterling’s rancor: “One thing great about the African-American and Jewish communities is that they have worked well together over the years, and we will continue to work with the Jewish community.” He furthered his comments by saying attempts “to pit both communities against each other will not work.”

Magic has worked with American Jews in both business and philanthropy to advance mutual interests and he is a wonderful example of cooperation between blacks and Jews. Furthermore, Magic Johnson has given millions of dollars to support the education and success of young people and has brought businesses to minority-majority cities throughout America. For example, Yucaipa-Johnson, his partnership with a leading investment company, invests in companies located in and serving minority and urban communities.

Thankfully, most Americans are fair minded enough to understand that Donald Sterling’s racism completely misrepresents the Jewish community. It was the Jewish community that stood shoulder to shoulder with Dr. Martin Luther King Jr. and the Civil Rights movement during the 1960’s and has supported the cause of equal rights ever since. Dr. King understood that those who fight for their own rights are most honorable when they fight for the rights of all people. While his focus was certainly on the needs of African Americans, he championed the needs of all, and in particular those of the Jewish community.

King found a special symbolism in Jewish history, a kinship with the Jewish people, and during his life, no segment of American society provided greater or as consistent support to the black community as did the Jewish community. From Selma to the freedom riders, Jewish-Americans marched, fought and died alongside their African-American brethren.

Just under 50 years ago, June 21, 1964, two young Jews from New York City, Michael Schwerner and Andrew Goodman who had traveled to Mississippi to work for the right of blacks to vote, were murdered by the Klu Klux Klan, together with an African-American friend and colleague James Chaney. The ultimate sacrifice made by Schwerner, Goodman and Chaney is the paradigm of Black-Jewish relations both past and present.

This legacy of Black-Jewish cooperation resonates to this very day as African-Americans and Jews nationwide have engaged in programs to explore and to rediscover shared values.

American society grows more diverse by the day and if we hope to continue in America’s great tradition, if we hope to forge a more harmonious society then we must remain vigilant in the face of racism and bigotry – the kind of hateful rhetoric and diatribe exhibited by Donald Sterling.

Marc Schneier is president of the Foundation for Ethnic Understanding where Russell Simmons, co-founder of the music label Def Jam, is chairman of the board.