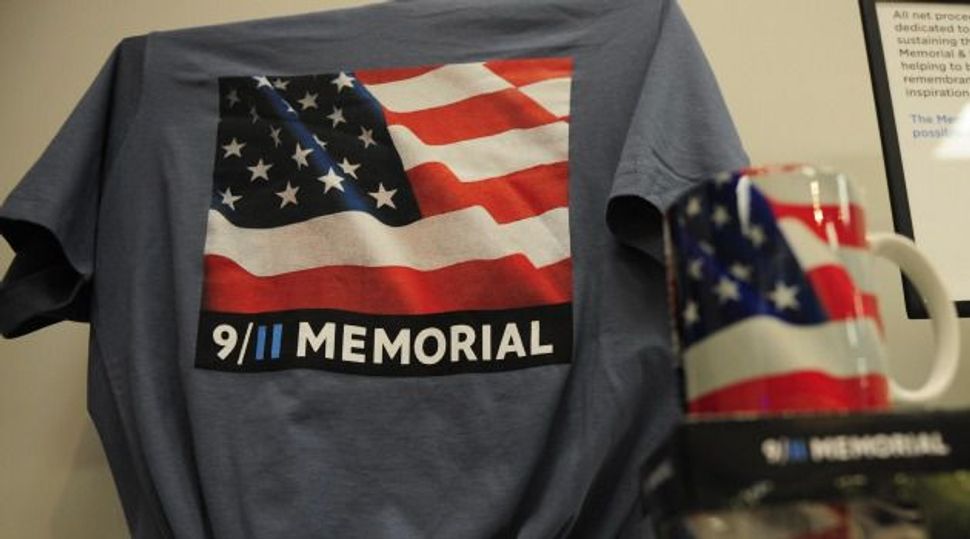 I spend a lot of time in my Subaru Outback. On a good day, the roof is not leaking but the radio is permanently broken. Not an easy fix, and the Great God of Radio has gone ahead and chosen a station and volume for me. I can’t turn the sound up, down or off, and the dial is stuck somewhere between high-pitched static and Christian rock. I’m either being smoked out or converted. Here’s the worst part: I have no choice

And this is how I feel about the 9/11 Memorial Museum. I have no choice. I have lost all control of what becomes of my husband and his memory. I have been reduced to a spectator in the cheap seats. He has now become museum property, and people who have $24 to spare can see what became of him. I am lucky, I guess, because I have the equivalent of a VIP pass, a little white card etched with black writing, from the NYC Office of Chief Medical Examiner that allows me to schedule a visit to the Reflection Room at the WTC Repository, where his remains are entombed. I ask myself: “What the heck is a Repository, and who put him in there? Who decided this, and why didn’t I have input? Why are the remains even included in the museum?”

Now, I’m not a clairvoyant, nor do I recall speaking with the dead, or even wanting to, but I am quite certain my husband, if he could communicate with me, would not have wanted to be part of this spectacle. When he was alive, he was hesitant about setting foot in the torture chamber museum at Medieval Times, but now he is trapped and entombed permanently beneath the place where he was murdered, simply because the powers that be decided to put him there. I can see the moneymaking potential, but at some point someone must exercise good judgment. When will they stop capitalizing on our losses?

I was relieved when my dogs beckoned me to go outside in the yard while I was watching the opening ceremony on TV, because I couldn’t bear to hear Chris Christie and other politicians pontificate on resilience and patriotism. I’m not against a memorial museum, but I am bewildered by all the pagentry. I appreciate that there is a public need to know what happened. I also understand the historical significance. But no one needs to have a reenactment. There is a kinder, gentler and more sensitive way of helping people understand. It may have been a public loss but each and every person who died had someone who loved them. Rather than honoring the lives lost, the museum just seems to exploit those deaths to tell a bigger story.

9/11 was tragic. It affected people from all over the world, not just survivors. As a nation, we can’t fix it by creating heroes, enemies and a museum so extravagant only the well-off can afford it. 9/11 trinkets further trivialize these losses. While it is life-affirming to know that strangers have so much empathy for survivors, the politicians and the powers that be have used 9/11 and the museum to promote themselves. We don’t need marching bands or T-shirts. We don’t need gory details about what happened on 9/11. What we need is to tell our own stories, to share our photos and memories.

We want a safe place to share. When we tell our stories, we can start to heal. Above all, we want a fair process for being heard. We don’t want 9/11 hijacked by politicians or turned into a Broadway production. Even if it is to be a museum filled with relics — as it was conceived — shouldn’t it be free so that anyone could go and visit them?

Healing is a process, and people do it differently. But please, without the fanfare, circus and pageantry. Sometimes it’s better to focus on the emotion and not so much on the event. We’re all sad. My 14-year-old, who had to grow up too quickly because he lost his father on 9/11, heard about the museum from his middle school teacher. When he came home from school, he said to me, “Osama bin Laden would have been really proud of this museum.” And it’s true. When you look at the sensational way that it freezes in place the destruction of that day and the lives that were ripped away, it’s almost as if the museum is from bin Laden’s point of view.

Meg Bloom Glasser, whose husband, Thomas, was killed in 9/11, is a playwright and currently volunteers as a grief facilitator at Good Grief in Morristown, New Jersey.