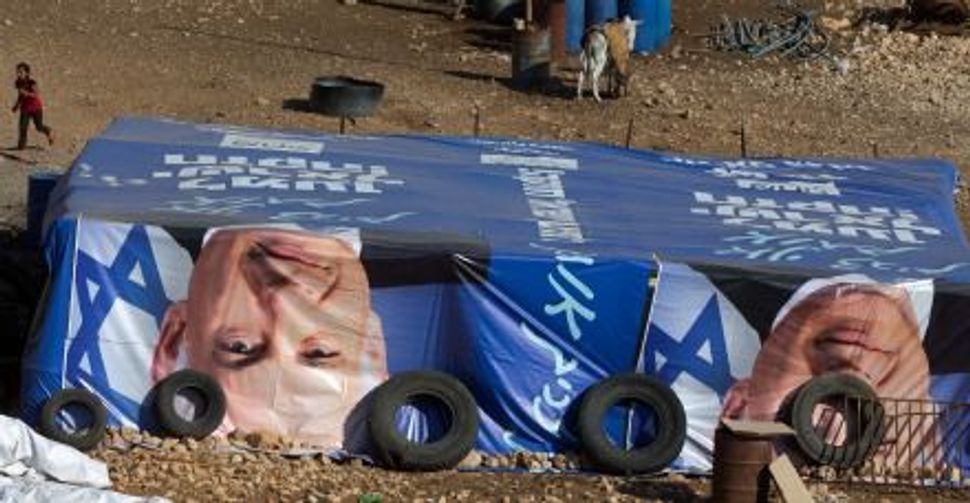 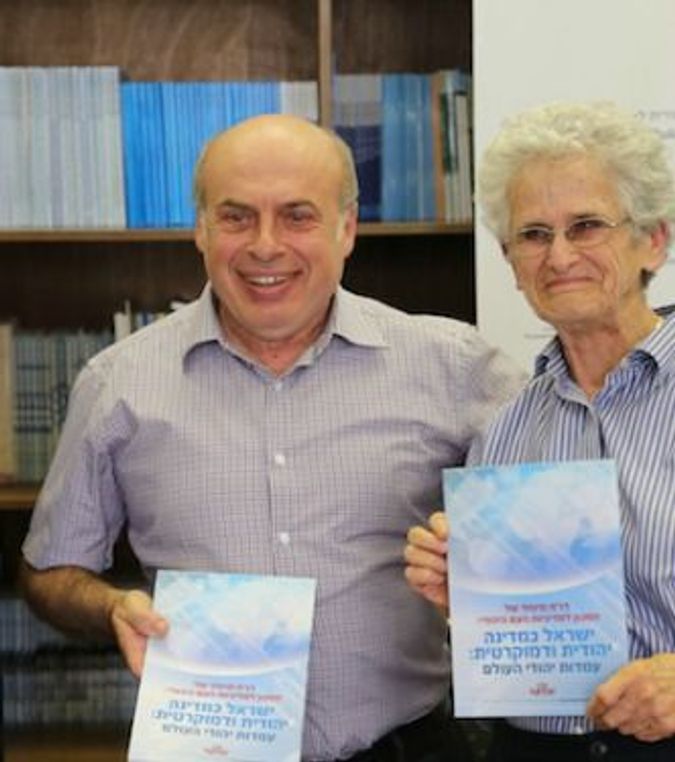 The Jerusalem think tank set up by the Jewish Agency in 2002, the Jewish People Policy Institute, appears to have dropped a bombshell into the middle of Israel’s political hothouse with a new report (PDF) it released May 21 on Diaspora attitudes toward Israeli democracy.

The report, titled “Jewish and Democratic: Perspectives from World Jewry,” is based on a six-month series of discussions and seminars involving several hundred community leaders, rabbis, academics and writers around the world. The discussions — about 40 of them, most lasting a day or two — are distilled into an 80-page summary with another 78 pages of appendices.

The process was set in motion when Prime Minister Netanyahu asked Justice Minister Tzipi Livni last year to draft a bill defining Israel’s identity as a Jewish homeland that would pass constitutional muster. Livni asked legal scholar Ruth Gavison to come up with a reading of what the idea of a homeland of the Jewish people worldwide actually means to Jewish people worldwide. Gavison, in turn, asked JPPI.

And here we are.

Like most JPPI publications, it’s a carefully constructed work, filled with on-one-hand-on-the-other-hand formulations to illustrate the broad range of agreement and disagreement. Still, the report says the agreements were greater than the disagreements, and what the community leaders had to say won’t make Israel’s leaders very happy.

But the bottom line is this: the consensus among the people they spoke to — admittedly a highly selective sampling of elites — is that most Diaspora community leaders believe Israel should be both Jewish and democratic, that one should not be given precedence over the other. To the extent that the two poles are in tension, the consensus is that it’s a healthy tension that benefits the society. Only the extreme right and extreme left, the report’s authors say, favor privileging one value over the other. Unfortunately, there’s also consensus that both values are seen as embattled, on the defensive in Israel, and it’s making it harder for Diaspora Jews to relate to Israel.

The leaders JPPI spoke to are troubled. Not only do they believe that they have a right in principle to speak out and voice their opinions on what goes on in Israel; they say they have a direct interest in the outcomes of Israel’s debates, because the outcomes in Israel affect the lives of Jews in the Diaspora.

Israel’s Jewish identity is defined in ways that exclude the Jewish identities of most Diaspora Jews because of the Orthodox monopoly on religious issues and the growing ethnocentrism in the political and social realms. Israel is an important focal point, both symbolic and real, for Jewish life around the world. If the Judaism it projects is one that excludes or alienates most Diaspora Jews, that hurts the future of Jewish life outside Israel.

As for the strength of Israel’s democracy, that carries a double edge. First, the perceived weakening of Israel’s commitment to democracy — internally and in the fact that it governs several million Palestinians under military rule — troubles Jews who view democracy and human rights as fundamental values. It drives them away from Israel at a time when both Israel and the Jewish communities want ties to be stronger. Secondly — and this is perhaps the report’s most controversial finding — the image of Israel in the broader society increasingly rebounds onto the image, and hence the security, of local Jews. To the extent that Israel is perceived negatively, Jews are perceived negatively. France is only the most extreme example.

It’s true, as Queens College-CUNY sociologist Samuel Heilman writes in a stinging Haaretz op-ed, that the Jews consulted in the report are hardly representative of the broad mass of Jews in America, Brazil, Australia and the other countries probed. These are leaders of the established Jewish institutions, would-be opinion-makers and professional thumb-suckers.

But that’s just the point. JPPI went and convened what essentially turns out to be that dreaded creature, the Jewish establishment. These are the Jews who are mostly intimately and passionately connected to Israel. If this is what they think, imagine what the folks in the pews think, to say nothing of the broader mass who generally don’t even bother to show up. Israel-Diaspora relations could be starting to look like the Western Antarctica ice sheet, not so much breaking in two (if only) but crumbling into lots of little pieces, each of which will drift off and melt. Chemi Shalev does a pretty good job here of describing the dangerous, combustible state that the Israel-Diaspora relationship is entering.

It’s a sobering state of affairs. It’s certainly not what Bibi wants to hear, particularly now when he’s embattled on every front. And the sad thing is, as so often happens when he finds himself painted into a corner, he did it to himself.

I’ll have more to say about it in the next few days.