The Point of the Pope’s Visit 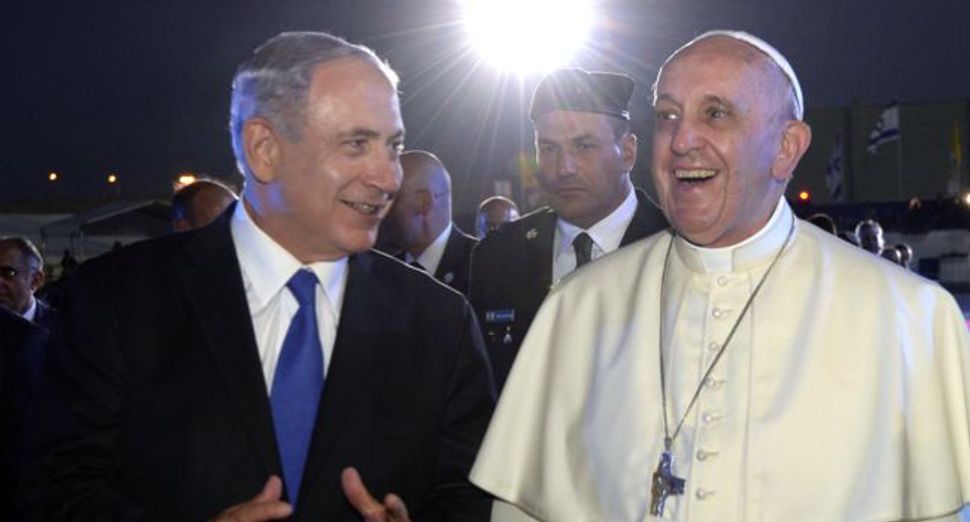 You Say Hebrew, I Say Aramaic: The Pope’s visit reinforced the bonds between Jews and Catholics. Image by Getty Images

Israel, Jordan and the Palestinian Authority have all hailed Pope Francis’s whirlwind pilgrimage as a success — and indeed, the very fact that it went as smoothly as it did was no small achievement for all involved. Pope Francis’s global superstar status guaranteed media focus on local voices and images wherever he went.

For the State of Israel, the happy paradox is that a Papal visit is no longer a historic breakthrough. For most of the 20th century, the Vatican bitterly opposed the Zionist idea of Jewish sovereignty in its ancestral homeland. Now, not only has it enjoyed full diplomatic relations with Israel for 20 years, but three Popes have paid their respect and esteem to Israel’s highest elected political and religious officials. That this is now almost taken as a given is itself a stunning historical triumph.

The primary declared purpose of Pope Francis’s visit was to meet in Jerusalem with the head of the Christian Orthodox world, celebrating the fiftieth anniversary of the first meeting of reconciliation between the two separate (and for most of history, mutually hostile) strands of Christianity. He also sought to convey a message of peace and empathy for the peoples of this region. However, in addition, Francis intentionally used his visit to Israel to reiterate the Church’s special bonds with Judaism and the Jewish People. Not only did he state this explicitly at the meeting with Jewish religious leaders at Hechal Shlomo, but it was also powerfully reflected at the impressive event hosted by President Shimon Peres.

As with past Papal pilgrimages to the Holy Land, there was the inevitable political exploitation of the visit. It is worth noting, however, that the Pope’s unscheduled visit to the separation barrier in Bethlehem actually provided an opportunity for Israeli spokespersons to explain precisely why it exists and what it has achieved in reducing terror and violence. We should all pray, together with Pope Francis, that one day it will be possible to dismantle this protective shield against acts of terror in a new era of peaceful coexistence.
Israel might well complain about the reference to “the State of Palestine” which does not yet exist as such. Catholics and other Christians in Bethlehem, other areas under the PA and in East Jerusalem see themselves as part of a Palestinian state in the making, and thus seek acceptance as an integral part of Palestinian national aspirations. There were certainly pressures on Pope Francis to respond to these “needs” of his local flock. At the same time, the heads of these communities were present at the official Israeli events paying respect to Israel’s highest representatives and state institutions.

Indeed, not only are the vast majority of Catholics between the Jordan and the Mediterranean Israeli citizens, but it should be noted that here in Israel Christianity is vibrant and growing as opposed to the vast majority of the Middle East where it is rapidly declining. The fact that Catholic leadership follows the lead of the Pope, respecting Israeli sovereignty and educating its members in Israel to be loyal citizens of the country, is surely an historic achievement that far outweighs any other “symbolic achievements.”

The Point of the Pope’s Visit