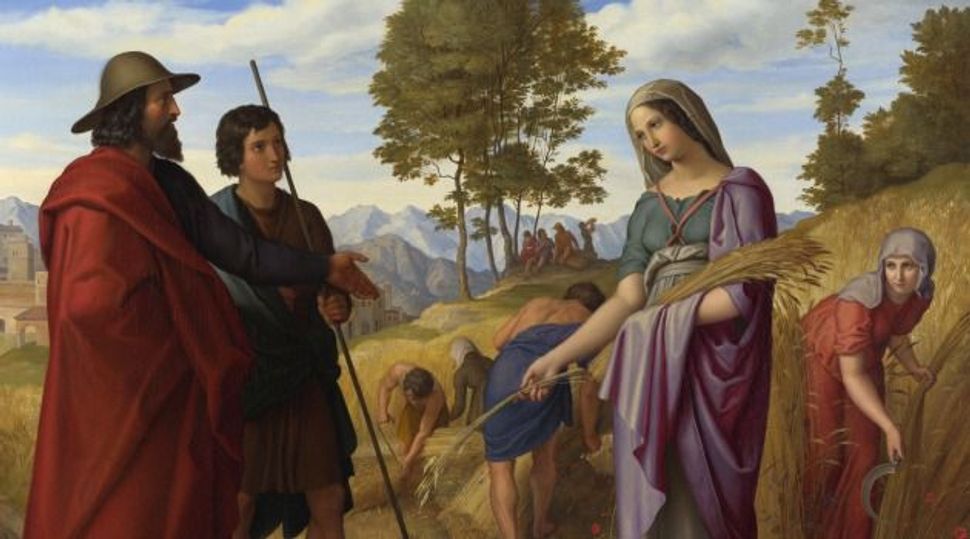 Hey, did you know that Shavuot is upon us?

If you said, “no” or “oh, right, I remember that vaguely from grade school,” you’re not alone. Many non-observant Jews (not to mention non-Jews) are unfamiliar with this festival, even though it’s one of the most important ones in the Bible, celebrating… something (see No. 4).

And you know why? Bad marketing. Here are five ways to get this festival on the map.

Look, we Jews are not great at naming things. I mean, Rosh Hashanah? That doesn’t play well in Peoria. Thankfully, someone had the wisdom to say it’s “The Jewish New Year,” although that leads to more questions than answers. (“Why is your New Year in September and sometimes October?” and “What the heck is a lunar calendar?”)

The name “Shavuot” is a mouthful, and its Ashkenazi pronunciation sounds like a sneeze: “shavOO-us!” (Gesundheit.) The Biblical name is not much better: “Pentecost” sounds like a holiday of repentance — which we already have on Yom Kippur.

My suggestion? It needs a tagline. Something to do with the holiday’s meaning.

Here’s the thing: No one is 100% clear what Shavuot is about. Most agree that it commemorates the giving of the Torah at Mount Sinai… although it’s also one of the three biblical pilgrimage festivals, which is important if you’re religious because it means that synagogue will get out much later. In Temple times, it was the first day people could bring first fruits.

See what I mean? Confused messaging. Other, more popular holidays have better messages: Hanukkah has the oil miracle, so we eat oily foods and hope to miraculously not gain weight. Passover has us as slaves fleeing Egypt in a hurry with the no-rise bread, so for eight days we have to eat tasteless food that only gluten-free people like.

Shavuot needs one message. Then you’d have a tagline, a food and a following.

Most Jewish holidays are summed up famously as “They tried to kill us, we won, let’s eat.” This festival, sadly, has no wartime theme to whet our appetites. No worries, though there’s dairy. No one agrees why — frankly all the reasons on Wikipedia seem rather weak — but who cares?

This is the one aspect of the holiday that has the most potential: It’s a time to eat blueberry blintzes with sour cream; eggplant parm with cheesy sauce; cherry cheesecake with graham cracker crust. Now that’s marketable. (Except to the lactose intolerant, which is 47% of the Jewish people.) NB: opportunity for lactose aid tie-ins?

To become popular worldwide, occasions need customs. For example, the bar mitzvah’s lavish parties (found nowhere in the Bible) make some people so jealous, they have their dogs confirmed. (“Bark Mitzvahs.”) Purim — another ill-marketed holiday — at least has dressing up in costume, which allows people to say “It’s the Jewish Halloween.”

What does Shavuot have? Studying. That’s right. Many people stay up all night studying Jewish texts to commemorate how the Jews stayed up all night for receiving the Torah. Sounds fun? Not.

No one in this generation has the attention span for a long night of learning. Some community centers are realizing this, so they’re adding rock concerts, movies and TVs to the all-night affair.

We should add social media to the mix. “All night Facebooking!” “Tweet the Torah,” and “How to Pinterest your Favorite Biblical Passages.”

It’s a well-known fact that the closer to a Christian holiday and Jewish one falls, the more popular it will be. Passover-Easter, Hanukkah-Christmas, Shavuot–… Mother’s Day? … Fathers’ Day? The closest occasion in the calendar is graduation.

“It’s the end of the school year — how about staying up all night eating ice cream?” Might have some potential. Otherwise, just move it to the Fourth of July and call it Jewish Independence Day.