Want a Job? Put ‘Jewish’ On Your Resume 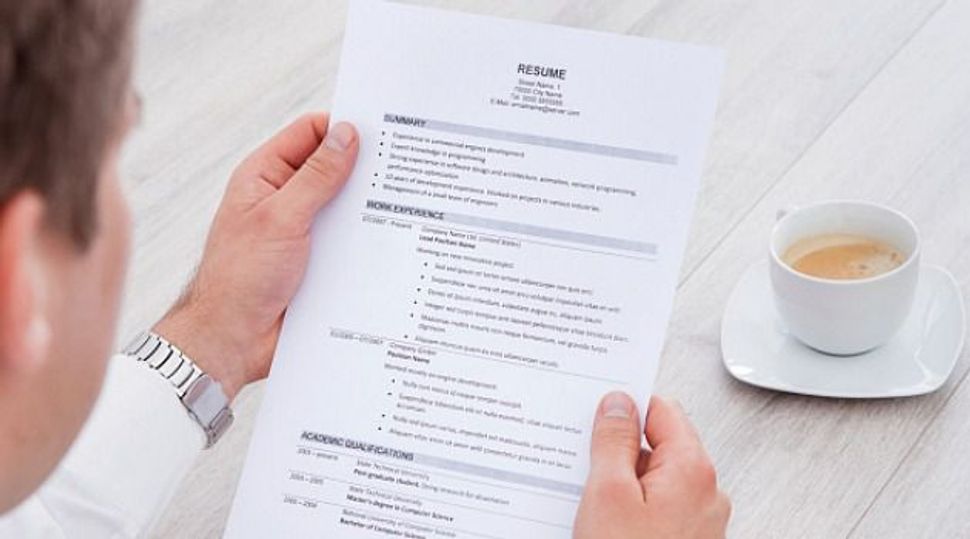 As a college student often working on my resume, I am always given impersonal directions. “Keep the sentences concise and specific — subject-verb-object, then get out,” college advisor wags; “Move that ‘Award’ section where it can be seen,” Mom presses; “Strong verbs are critical. Throw in an ‘Achieved’ or ‘Progressed’ for best results,” career center lady assures.

And yet replace my name with North West or Apple Martin and it’s as if I never existed. Turns out the greatest tip I might have received is to emphasize my name by adding the single, most personal of identifiers to my resume: Jewish.

A recent study out of the University of Connecticut discovered that adding religious affiliation to 3200 fake resumes sent to 800 jobs in a 150-mile radius of two major Southern cities hurt the applicants’ chances in all cases except one — Jews.

“Jewish applicants received significantly higher employer preference rates than all other religious treatments,” the research team wrote in their conclusion. “They were more likely to receive an early, exclusive, or solo response from employers, compared with all other religious groups combined.”

Atheist, Catholic, pagan, Muslim, and “Wallonian” (a made up religion) applicants were 26% less likely to be contacted by a perspective employer. Muslim applicants experienced the most discrimination. Employers’ first preference was for a control group that indicated no religious affiliation, and then for Jewish and Evangelical Christian candidates.

So, in other words, I drop the word “Jewish” on my resume and I’m magically more hirable than I was before? Well, not exactly.

The researchers’ theory is that the groups most different from Evangelicals, the culturally dominant group in these Southern cities, “should suffer the highest rates of discrimination and for the most part they do.” Evangelicals are second only to Jews in expressed support for Israel, so it makes sense that they would discriminate least against Jews.

The theory is supported by an identical study the researchers conducted in the less religious New England area. Without a dominant religious culture, New England employers expressed much less discrimination towards almost all religious groups, Muslims being the exception.

Still, it likely won’t hurt your employment chances to emphasize your Hillel membership. And if it so happens that your potential boss is an Evangelical, you may be chosen for simply being one of the Chosen.

Want a Job? Put ‘Jewish’ On Your Resume