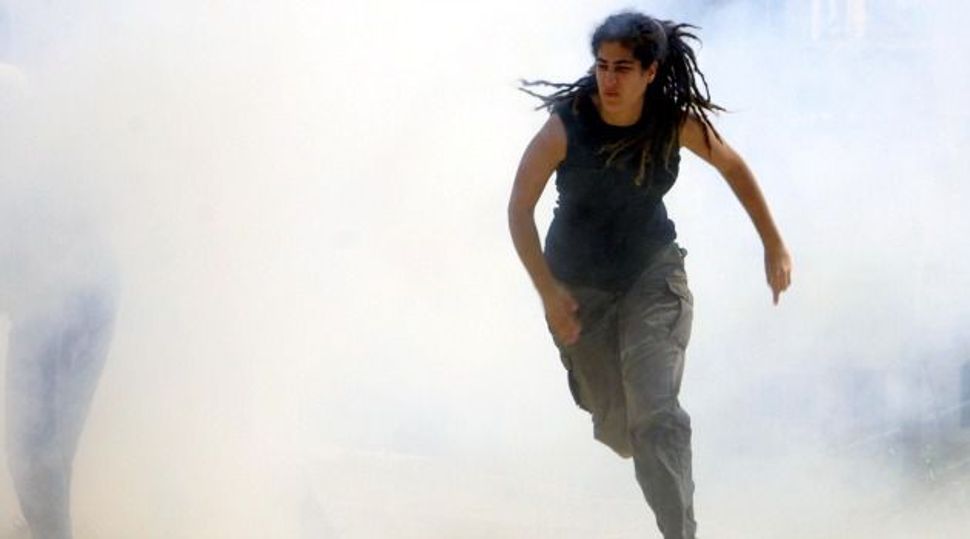 In fact, except for voting patterns (which still show Jews voting liberal; while the 30% that voted Romney in 2012 was indeed a bit higher than the 22% that voted McCain in 2008, it is less than the 35% that voted for Bush Sr. or the 39% that voted for Reagan), statistics and data tell us very little about the vibrancy, creativity, efficacy or essence of the Jewish left.

I’m a young Jewish leftist, and I’m very optimistic about the future of the Jewish left. Now, I’m an activist and an organizer, not a sociologist or a statistician, so the best arguments I can make are based on the very anecdotes that Michaelson dismisses as “eddies against the current” of Jewish-left-death. Take that as you will. For good measure, though, I’ll try to throw in a few numbers to show how numbers actually show us very little about the world.

As part of his thesis, Michaelson makes the argument that the Jewish left is outmonied. Yep. The institutionalized Jewish right is very wealthy, and the Tikvah Fund’s overflowing neocon change purse certainly allows them to lease young Jews’ fondness for a summer or so. But whether those leases turn into real values is another question entirely, and one that I think Michaelson himself accidentally answers later in his essay.

High on the Jewish neoconservative agenda is the goal of fostering what I and many of my peers see as an anachronistic, xenophobic and bellicose version of Zionism that provides the Israeli State a blank check, signed The American Jews. And here I’ll ask Michaelson a question: how many young Jews do you know who were former Tikvah Scholars who joined Jewish Voice for Peace or J Street U or the All That’s Left anti-occupation collective? Who were flown to Israel on CAMERA fellowships only to return stateside and subscribe to +972 Magazine? Who went through Hasbara Campus trainings and then got involved with Open Hillel campaigns? I’ll speak for myself here: I know dozens.

And if dozens doesn’t sound like a lot, let’s take a look at a relevant piece of data from the Jewish left’s past. I spent a solid chunk of my afternoon combing the roster of Freedom Riders. And in the roster of Freedom Riders, there were a total of 19 whom I could definitively identify as Jews. And a guy named Joel Greenberg, so let’s call it 20. Less than two dozen of them, and yet, who among us American-raised Jews didn’t hear the Jewish Freedom Riders lauded in our Hebrew Schools and temples?

My number may not be accurate: in fact, Samuel Heilman claims in Portrait of American Jews that half of the white Freedom Riders (there were around 200) were Jewish. If Heilman’s claim is wrong, that reinforces my points about (1) how magnified and glorified the activism of a few brave individuals has become and (2) how easy it is to make up numbers. If his claim is right, and it is quite possible that it is right, then this brings up an idea that is also germane to our conversation: perhaps the majority of the Jewish Freedom Riders’ Judaism was not a central part of their public identity. Perhaps they were (gasp!) assimilated Jews, like the kind Michaelson cites to prove that the Jewish left is disappearing. If so, did those Freedom Riders not count as part of the Jewish left? Or do assimilation trends and demographic charts distract from real, nuanced conversations about the Jewish left and the Jewish people and Jewish values?

Moriel Rothman-Zecher is an American-Israeli activist, poet and writer. He is based in Tel Aviv, where he is active in a number of left-wing initiatives, including the All That’s Left anti-occupation collective. His writings have appeared in Sojournors Magazine, Haaretz, the Daily Beast and +972 Magazine, and he blogs independently at www.thelefternwall.com.