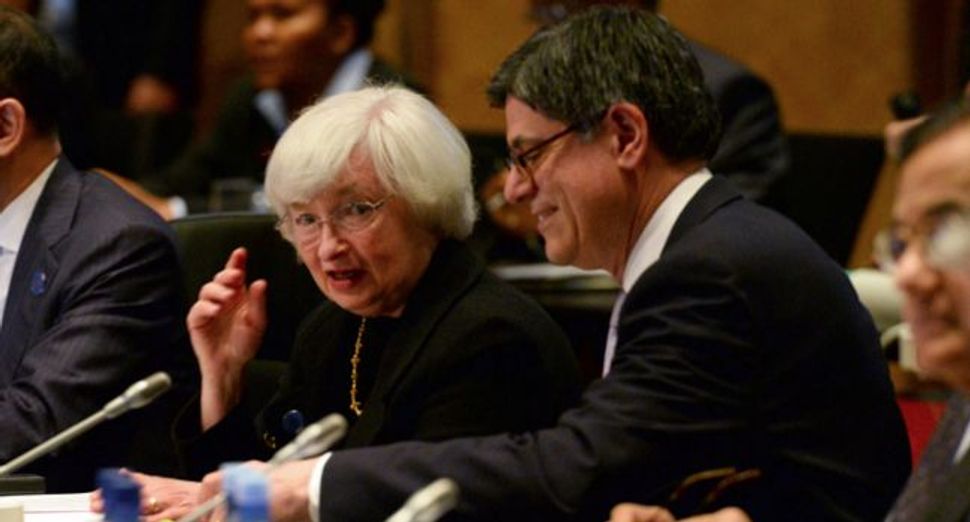 Is the manifest decline in anti-Semitism tied in some way to the uptick in attention to the Holocaust?

Bear with me. For a variety of middlingly important reasons, I’ve recently spent some days re-reading appraisals of American Jewish life that were written and published in the 1950s. And oh my, how things have changed!

Back then, still in post-traumatic shock from the Holocaust, it was conventionally assumed that even here in America anti-Semitism was endemic. Not epidemic, but indelible. And if the anti-Semites didn’t get us, the fleshpots — i.e., assimilation — would. We’d either be raped or seduced; either way, we were doomed.

The argument was insistently put forward in a seminal book by Ben Halpern, “The American Jew: A Zionist Analysis.” Halpern could hardly see beyond anti-Semitism, but when on occasion he did, he didn’t put much stock in such evidence as there was in signs of Jewish renewal. His argument, in a nutshell? It is not enough to celebrate Sukkoth; you have to mean Sukkoth. Otherwise, you are dealing merely in trappings, not in substance. And we cannot be sustained by mere trappings. In so saying, he deftly avoided specification of what meanings of Sukkoth he deemed acceptable. Is the increasingly ecologically focused Sukkoth a way of “meaning” Sukkoth?

But now, in any event, we have a very different testimony, one based on empirical findings rather than dark intuitions. We have Robert Putnam, he of “Bowling Alone” fane, informing us that Jews — are you sitting down? — are the most admired of all America’s religious constellations.

Putnam puts forward his argument and his data in a 2010 book entitled “American Grace.” And, to be entirely accurate, his finding is that Jews are at the top but that the top is shared by mainline Protestants and Catholics. Not a bad place to be, considering that Evangelical Protestants, Nonreligious people, Mormons, Muslims and Buddhists all fall below the average of warm feelings by members of other religious groups.

Is it fair to conclude that anti-Semitism is a relic of the past? Putnam comes close to saying “yes.” He observes that anti-Semitism continues to decline, in particular because of what he calls “generational replacement,” the fact that younger people are less likely to harbor anti-Semitic attitudes than older generations. And he quotes a 2009 study by the Anti-Defamation League that found “anti-Semitic attitudes equal to the lowest level in all the years of taking the pulse of American attitudes toward Jews.”

The current incumbent presidents of Yale, MIT, Columbia, the University of Chicago, the University of Pennsylvania, Brown, Brandeis, the University of California system and Cornell appear to be Jewish, along with a dozen or so more. [I say “appear to be” because the bios of several are inconclusive]. Perhaps more unexpected, given Henry Ford’s blatant anti-Semitism, is that the president of Ford Motor Company is Jewish. The Secretary of the Treasury and the Chairwoman of the Federal Reserve are Jewish. There are three Jewish justices of the Supreme Court (and six Catholics). There are eleven Jewish senators (ten Democrats and one Independent) and twenty-two Jewish members of the House (to be reduced by one when Eric Cantor officially resigns in the wake of his shocking primary loss). While the number of Jewish physicians is declining, the most recent data we have estimates that between 12% and 15% of American physicians are Jewish. Frank Gehry, Daniel Libeskind, Moshe Safdie, Preston Scott Cohen and Richard Meier are five of the most prominent Jewish architects. I leave out of this listing Jews in the financial services industry; that list would be far too long.

So, again: Is the manifest decline in anti-Semitism tied in some way to the uptick in attention to the Holocaust? Jews, Abba Eban more than once quipped, are “a people that cannot take ‘yes’ for an answer.” Show us a silver lining and we will search for the cloud. Remember the quintessential Jewish telegram, the one that reads “Start worrying; letter follows.” We are no longer hunted, but we remain haunted. In his “The Anatomy Lesson,” Philip Roth tells of what happens when the narrator’s stricken mother is asked by her neurologist to write her name on a piece of paper: “She took the pen from his hand and instead of ‘Selma’ wrote the word ‘Holocaust,’ perfectly spelled. This was in Miami Beach in 1970, inscribed by a woman whose writing otherwise consisted of recipes on index cards, several thousand thank-you notes, and a voluminous file of knitting instructions… But she had a tumor in her head the size of a lemon, and it seemed to have forced out everything except the one word. That it couldn’t dislodge. It must have been there all the time without their even knowing.”

Truth be told, an unhaunted Jew is an anomaly, well along the road to assimilation. For although the decline in anti-Semitism means we are no longer hunted, we have every right — perhaps even obligation to feel haunted. Our world is not working the way it was meant to — not in Syria or Iraq, not in Somalia or dozens of other sorry places, not even here in the United States. Too much blood, too many refugees, too much inequality, too much trafficking in human beings, too much discrimination against women, and so forth.

Oh yes, there’s undeniably been progress. But we are still a long way from the right to breath easy. There is work to be done, much work, and if you and I do not do it, it will not get done.