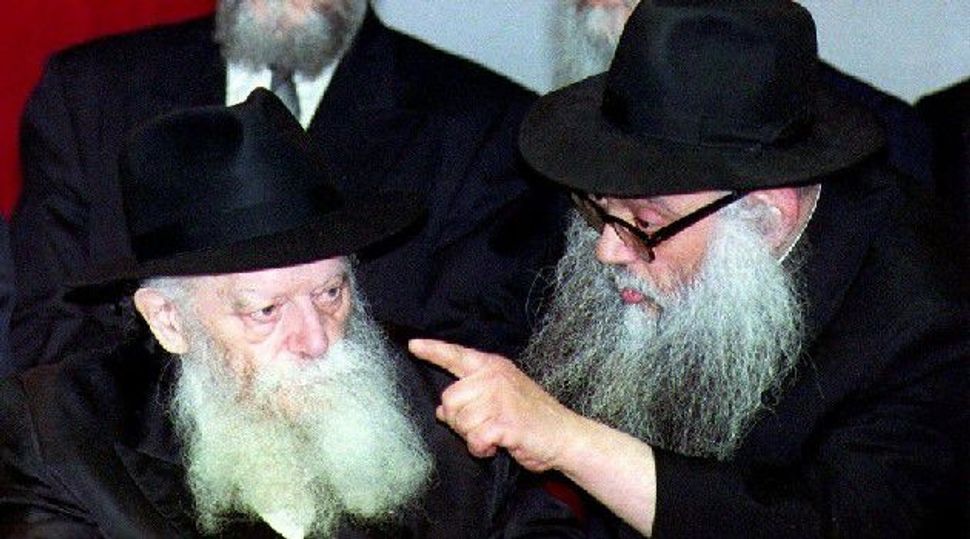 There’s a hidden perk to being a Lubavitcher, one often not talked about but widely experienced: People like to talk to you. I’ve been called out as a Lubavitcher and brought into impromptu conversations everywhere from a small bridge over the Bled Gorge in Slovenia to the Top of the Rock in New York City.

Normally, I think most Lubavitchers enjoy this quirk of our existence. But there are also times when it becomes inconvenient. As fate would have it, one such encounter happened on a red-eye flight from Los Angeles to New York. Tired and with a full day ahead of me, my greatest desire was to sleep. But no sooner did I sit down than the gentleman seated to my left leaned over and asked, “So you’re going to Crown Heights?”

“How did you know?” I sheepishly, exhaustedly, asked.

Those words got my attention faster than a hot cup of coffee.

My new friend, we’ll call him Jacob, told me about his early years as a doctor in Los Angeles. Things weren’t easy, and with his parents on the East Coast, he felt a strong desire to move home. So at the behest of his rabbi, he came to visit the Rebbe.

In the late eighties, the Rebbe was most accessible when he would regularly distribute dollars for charity. As Jacob stood in line to receive a dollar from the Rebbe, he thought about what the Rebbe would tell him. When he finally reached the Rebbe and explained his dilemma, the options already seemed obvious: Leave the struggling practice and help your parents — or at least return home with a guarantee for divine salvation in California.

“I was crestfallen. I expected more,” Jacob told me.

“Now I realize that what the Rebbe was telling me was the importance of living in the present. It was as if he said, ‘If you find yourself in a certain place, you have your answer already. You’re there for a purpose. Nu? What are you waiting for? Get working!’”

As I think about the Lubavitcher Rebbe, whose 20th Yahrtzeit is today, I think about the profound impact he has made, not just on me, but the Jewish world as a whole. Twenty years after his passing, his students and followers, among them those like me who never met him, continue to deeply impact the Jewish world. One need look no farther than the Jewish revolution in the former Soviet Union, the warm hospitality of Chabad for Israeli backpackers in the Far East and South America, and the network of campus Chabad houses, to realize that two decades after his passing, the Rebbe has sunk deep roots into the future of the Jewish people.

Yet, despite the release of three excellent biographies on the Rebbe this summer — Steinsaltz’s philosophical “My Rebbe,” Telushkin’s anecdotal and accessible “Rebbe,” and perhaps the only true biography among them, Miller’s deeply-sourced “Turning Judaism Outward” — the Rebbe still remains almost inscrutable. Yes, we know the details of his life, his philosophy and talks. But as always, the Rebbe remains all things to all people. To those looking for a scholar, he was a scholar; to those looking for a miracle worker, he was a miracle worker; to those looking for a tactician and a leader, he was indeed such a leader. To Israelis, he was the ultimate Israeli and to Sefardim, he was the paradigm of the Sefardic Hakham.

I think my encounter with Jacob offers a glimpse of how the Rebbe could be so many things to so many people: The Rebbe’s power was tied to the intense sense of purpose and immediacy he had and imparted to others. Life isn’t a series of coincidences. Rather, there is a mission to be accomplished. If by divine providence I find myself in a certain situation, then there is something there for me to do, something that no one else in all of creation can accomplish.

We all have a divine spark, a vivifying connection from the source of all life. But a Rebbe puts himself entirely aside. While other people may drown in their own egos and agendas, the Rebbe was able to be so present to others because he had a clarity of mission, purpose and connection to the Creator. That calling to a sense of higher purpose beyond the ego was one he demanded from everyone he met: If you know Aleph, teach Aleph — even if you don’t know Beth. If you know how to light Shabbat candles, see to it that those you meet learn to do so as well. Children could teach their elders, and the elderly had no right to retire, for “the day is short, the work is much — and the Master is pressing.” And those actions? They could tip the totality of Creation to the side of good, truly changing the world.

Mordechai Lightstone is a rabbi by training, a director of digital communications by profession but a blogger by choice. He can be reached on Twitter @Mottel