Why Israeli Thirst for Revenge Is Profoundly Un-Jewish 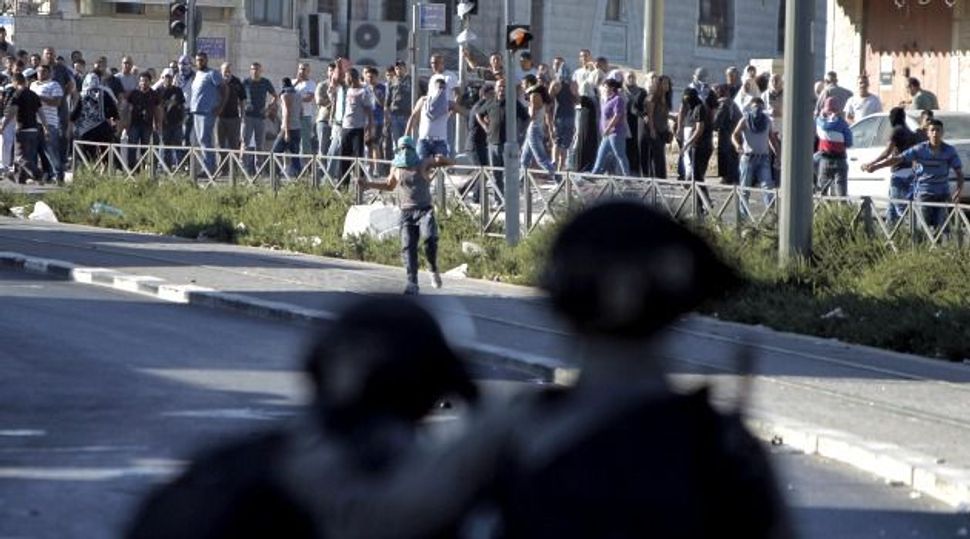 The Torah sternly commands us to pursue justice (“Justice, justice, shall you pursue”) — but it leaves revenge to God.

That thought should resonate in our ears like a thunderclap after the discovery of a body in the Jerusalem forest. Israeli authorities fear that a Palestinian teenager, Mohammed Abu Khudair, was kidnapped and murdered in a suspected revenge killing for the murders of three Israeli boys, Eyal Yifrach, Naftali Fraenkel, and Gilad Shaar. If their fears are confirmed, this horrifying murder should provide a wake-up call to Israeli society and to all of us feeling anger over the murders of the Jewish teens.

As soon as the boys’ deaths were announced, calls for vengeance rang out in Israel. In just 24 hours, a new Israeli Facebook page, “The Nation of Israel Wants Revenge,” gained over 35,000 likes.

This desire for vengeance is understandable. We feel angry and helpless. We want the perpetrators of this abominable crime to be punished.

But vengeance is dangerous. It has a way of getting out of hand and leading us to hurt people who weren’t involved in the crime to begin with.

We have a justice system for exactly this reason. We allow the state to take revenge on our behalf, limited by a system of law, even in wartime. Sure, we won’t always get the revenge we seek, and it may be more impersonal than we might like. But we avoid a Hobbesian state of nature where blood feuds last generations and people are punished willy-nilly by any individual with a grievance.

The cold-blooded murders of the three abducted Israelis boys should not go unpunished. But justice, not vengeance, should win the day. The murderers should be tracked down, apprehended and tried in court for their crimes. The same is true of their accomplices and the terrorist network that may have enabled them.

But we should never visit our anger upon those who had nothing to do with this crime. Israel must be as sensitive as possible to the rights of Palestinians as it searches for the fugitives. And individual Israelis — and everyone rightly outraged by these crimes — must never perpetrate violence or intimidation against innocent Palestinians.

Yet there have been a slew of these despicable attacks on the innocent in the last two days. During a march of right-wingers in Jerusalem on Tuesday, rioters shouted racist slogans and attacked several Arab passersby, who had to be rescued by police. Some burst into a McDonald’s looking to attack Arab employees, and a group of 100 rioters pepper-sprayed and threw rocks at three Arab workers eating dinner after their daily Ramadan fast, one of whom received a head injury.

Demonstrators also jumped onboard the Jerusalem light rail seeking Arab victims, who were valiantly protected by light rail security guards. Other members of the mob reportedly targeted dark-skinned pedestrians, asking, “What’s the time?” in order to listen for an Arabic accent in their answer — and then pounce.

Most Israelis undoubtedly disagree with these extremist vigilantes and would never participate in wanton violence against their Arab neighbors. But we — Israelis and Jews around the world — can’t stand idly by when shouts of “A Jew is a brother, an Arab is a bastard,” and terrifyingly, “Death to the Arabs!” ring through the streets of our holy city.

These reactions, driven by a lust for revenge, are wrong, racist and antithetical to a democratic society. We should say so loud and clear. As Jews, we know all too well the meaning of xenophobia; we’ve endured cries of “Death to the Jews!” for centuries.

But as we encourage the Israeli government to pursue that justice on our behalf, we must ensure that it, too, avoids the fever of revenge. Danny Danon, the right-wing deputy defense minister, seems to have caught the fever. On Monday, he called on the government to start demolishing the homes of Hamas criminals, a practice abandoned after the Second Intifada. “We must stop terror and we should destroy the homes of Hamas activists,” in addition to cutting off their ammunition and money supplies, he said.

On that same evening, military forces apparently demolished the home of Abu Aysha, one of the triple murder suspects, according to Reuters. Israel largely abandoned home demolitions several years ago, after concluding they were ineffective deterrents to future violence. Even if these demolitions were effective, they would still be immoral, especially if they end up punishing the family members of the terrorist. We should punish those responsible for crimes, but destroying their family homes — or worse, attacking their brethren — is not the way to do it.

In the ancient Near East, this sort of literal punishment was expected: the Code of Hammurabi says that if your ox gores someone’s child, your child should be killed as punishment. Under middle Assyrian law, if a man’s wife was raped, he could rape the rapist’s wife. If you hurt my family, I get to hurt yours.

But the Torah rejects this barbaric notion. In Deuteronomy 24:16, we read, “Parents shall not be put to death for children, nor children be put to death for their parents: a person shall be put to death only for his own crime.” And while it’s true that the Torah commands us to “take an eye for an eye,” the rabbinic tradition we follow reinterprets this as a demand for monetary compensation. Literal bodily punishment is forbidden.

This idea is at the heart of modern democratic societies, including Israel’s. If a terrorist hurts Israeli families, he must pay for his crime. But leave his family — and innocent Palestinians — alone.

Why Israeli Thirst for Revenge Is Profoundly Un-Jewish