Bulldoze Homes of Jewish Terrorists, Too 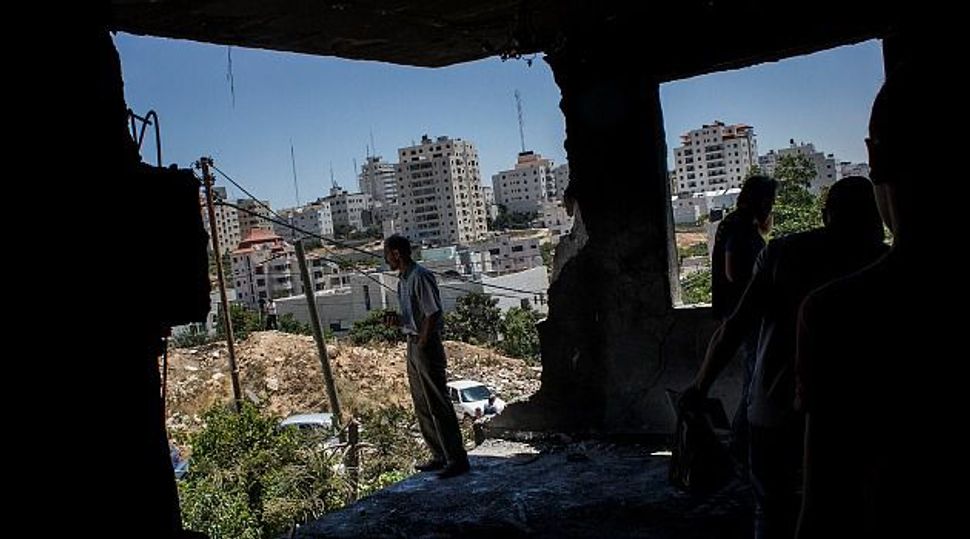 (Haaretz) — There is only one sane and truly halakhic way to tackle our current situation: Take the well-known members of the Orthodox Price Tag gang and lock ‘em up, for a long time and in an inaccessible prison. Don’t let them go home for chagim and deny them visitors. Do the best to break and separate them. Freeze monies that go to their families.

And when and if we have proven guilty perpetrators, bulldoze their parents’ homes. The last will stop them.

Am I overreaching? Might not Mohammed Abu Khdeir, the Arab teen murdered and his body desecrated, have been the victim of a different Jewish group or of some criminal group, perhaps Arab? Maybe, although I doubt it.

But what is not doubtful is that the PTG – the Price Tag Gang – is headed in the direction of creating real havoc with us and with our Arab citizens and with neighboring populations. Since the PTG could care less about Western values, let us refer them to Jewish Law and values and utilize some rules from that body of wisdom.

The PTG is an imminent sakanat nefashot, a danger to life. They are a fire burning on the Sabbath that will destroy not only property, but the lives of soldiers, police and civilians. Indeed, the PTG seemingly wants to cause tension and havoc, leading possibly to war. In their apocalyptic vision, they are confident that Israel will finally “do what it has always needed to do” and act with outstanding force to destroy not only Hamas but the PA and probably all other Muslims.

This is a fiery threat that needs a cold water cannon to extinguish it. When we don’t counter the PTG we destroy a fundamental principle of Torah equality – “One Torah and one Justice should be for you and for the stranger that resides in your midst,” (Numbers 15:16.)

We incarcerate suspected Hamas members and we deal harshly with their infrastructure, because they are a danger to us. The PTG are an equal danger. If you don’t think so ask the twenty soldiers and police outside my house guarding our Abu Tor neighborhood, who have spent the day dodging ricks delivered by slingshot and worrying about worse, courtesy of our cowardly ‘boys’.

There is a great danger that copycat revenge activities, including murder, can spew forth from such an event. The Halakhic principle to be invoked is lifnei evar lo teetain michshol, “before the blind do not put a stumbling block,” (Leviticus 19:14.) Rabbinically, the verse is interpreted to refer to someone who is blind to the consequences of his or her act – a perfect definition of the members of the PTG. Harsh prison time, punishment to parents who have not exerted responsibility in reining in their children and isolation from their peers should convince Jewish terrorists and wannabes from their disastrous road.

Finally, rabbis who have been inculcating and preaching the virus of racist revenge need to spend their Daf Yomi [daily Talmud study] time in jail. Ah, but do we not actually owe them our cherished respect? My teacher, the great moral leader Rabbi Joseph Soloveitchik, often quoted the Talmudic phrase, bimkom hillul HaShem ein mechalkin kavod lerav, “in the place of profanation of God’s name, we do not give honor to a Rav.”

There is no greater Hillul HaShem than a charred corpse of an innocent, murdered by Torah inspiration. The tragedy of the innocent boys murdered by terrorists will haunt us for a long time. But it will not destroy us. Jewish revenge killings will.

Daniel Landes is Director of the Pardes Institute of Jewish Studies in Jerusalem, where he teaches the Senior Kollel Talmud class and Theology.

Bulldoze Homes of Jewish Terrorists, Too