Benjamin Netanyahu’s Favorite Poet — and Ours 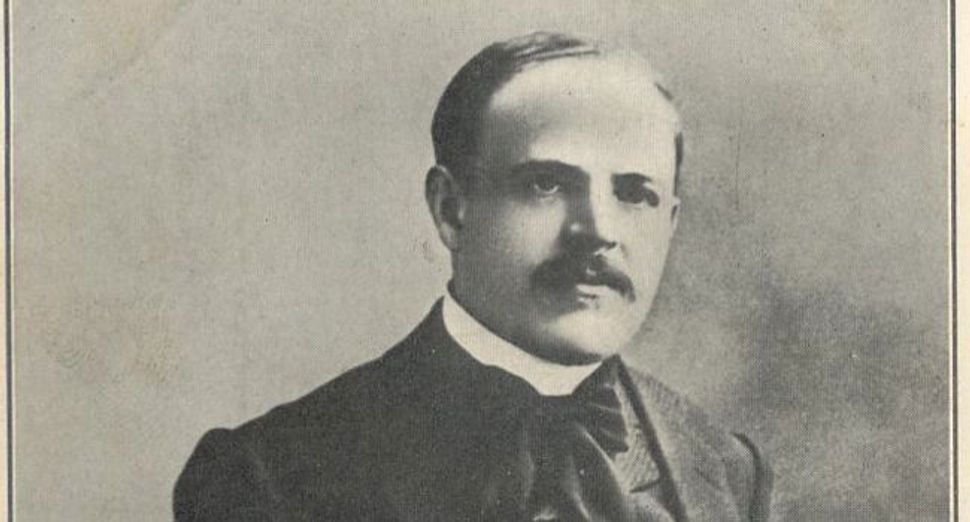 On Vengeance: Bialik explored the complex set of emotions that violence provokes. Image by Wikicommons

First at the November 2012 memorial ceremony for the victims of the Toulouse school massacre, and again in response to news of the three murdered Israeli teenagers earlier this week, Israeli Prime Minister Benjamin Netanyahu leaned on the same line of the same poem “On the Slaughter” by Hayyim Nahman Bialik: “The vengeance for a small child’s blood/Satan himself never dreamed.” In both instances he deleted the words that come just before, where Bialik — soon thereafter anointed the Hebrew national poet — declares “And cursed he be who cries: vengeance.” But by no means is this all that Netanyahu overlooked with regard to Bialik’s anguished, complex reflections on the horrors of ethnic attacks and counter-attacks.

Bialik’s poems have long been a staple of the Israeli school system and this, no doubt, is one of the reasons why he chose these lines to respond to violence. His assumption that it is instructive to compare the vicissitudes Jews faced in Bialik’s late imperial Russia, where they were a vulnerable minority, to the vagaries of Netanyahu’s early 21st-century Israel, or for that matter contemporary France, is absurd and troubling. But no less striking is how Netanyahu sidelined the most powerful of Bialik’s reactions to the 1903 Kishinev pogrom. Reflecting long and hard on Kishinev’s impact, Bialik produced a second work, the most haunting of all modern Jewish reminders of the corruptive impact of violence on all those singed by it. This was his canonic poem “In the City of Killing” written over the course of many months and only after he had learned a great deal about what transpired in the midst of the massacre.

The first poem “On the Slaughter” was written in haste soon after news, sporadic and incomplete, reached Odessa just a hundred miles away from Kishinev where Bialik then lived. He wrote “In the City of Killing” after collecting numerous testimonies from Kishinev pogrom victims. Here he turned his venom not only on the attackers but also on the behavior of Jews, thus acknowledging the capacity of violence to corrupt all enveloped by it:

“And see, oh see, in the shade of that same corner under the bench and behind the barrel lay husbands, fiancés, brothers peeping out of holes at the flutter of holy bodies under the flesh of donkeys…. they lay in their shame and saw — and didn’t budge, and they didn’t pluck out their eyes or go out of their heads — and perhaps each to his soul then prayed in heart: master of the universe, make a miracle — and let me not be harmed.” (translation by Atar Hadari, Songs From Bialik Selected Poems of Hayyim Nahman Bialik, Syracuse University Press, 2000)

Why Bialik turned on Kishinev’s Jews themselves after a pogrom in which 49 were killed and many thousand were left destitute or homeless seemed to some at the time heartless; “little less than a second pogrom” is how the great Yiddish writer S. J. Abramovitch, or Mendele Mochor Seforim responded. Bialik also chose to ignore the efforts by Kishinev Jews to fight pogromists, attacks so fierce that eventually attorneys defending the assailants would claim their Kishinev clients were merely responding to outsized Jewish aggression. And, indeed, “In the City of Killing” would soon inspire an entire generation of Jews in Russia and Palestine to confront aggression with arms: The Hagannah, the Israeli armed forces, traces its origins back to young Russian Jewish men and women acting on Bialik’s call to do more than merely “lay in their shame” as they watched their own being ravaged.

But Bialik had the wisdom, lost on Netanyahu, to see — even in the dense, vulnerable cauldron of fin de siècle Russia — how killing has the capacity to corrupt and rarely, if ever, to purify. Now, even more so, this lesson is essential because Jews command the levers of government, military and police; we should know what it feels like to subsist for so long as a vulnerable minority under the boot of others.

It is this Bialik who belongs not to Netanyahu but to the rest of us, a poet who reminds us even in moments of the greatest grief of the cost of selective morality, blindness to one’s own failings, the need to face honestly the horror in one’s own responses to terror.

Steven J. Zipperstein, Koshland Professor of Jewish Culture and History at Stanford University, is now completing the writing of a cultural history of Russian Jewry at the turn of the twentieth century.

Benjamin Netanyahu’s Favorite Poet — and Ours