What Did You Expect? 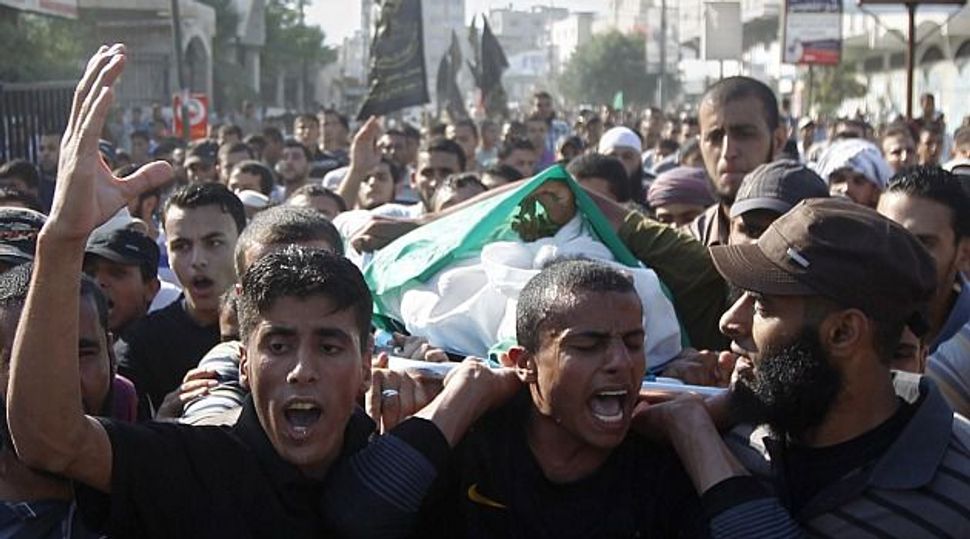 What did you expect?

And did you imagine that the P.A. would somehow be able to suppress every single fringe terrorist in Palestine? What is their motivation for doing so, exactly, even if they have the ability, which they don’t? Or do you still somehow hold them responsible, even though we now have good reason to think it was a fringe sect that is more extreme than Hamas?

For that matter, did you think that ordinary Palestinians really regard settlers as civilians rather than as military targets? Were you surprised that an occupied and suppressed population — even if the suppression is justified by Israel’s security — wouldn’t applaud the kidnapping of them? Especially if they might bring the ransom of Palestinian prisoners?

Wouldn’t you applaud such an action, if you believed the opposing forces were basically soldiers, and kidnapping them would release our prisoners? Can you hold in your mind both an utter condemnation of terrorist acts like this, and a rational understanding of what might drive people to undertake them?

Similarly, can you both hold the terrorists themselves fully morally responsible for their actions, and see how the current Israeli policies will inevitably lead to more acts like them? What do you think will happen with another decade of occupation? Do you still hold the utterly unjustified delusion that the Palestinians can be bullied into submission? Does that seem likely to you?

Or do you not care, as long as the bloodshed is only on ‘their’ side?

And what, exactly, did you expect from the ‘our’ side?

Did you really think that “our” extremists are different from theirs? What, exactly, did you think would be the effect of incendiary rhetoric from mainstream and right-wing figures alike? Did you not worry that, by fanning the flames of anger with incendiary emails, posts, articles, posters, rallies, chants, Facebook groups, Twitter tags, that someone might get the wrong idea?

Doesn’t it always work that way? Doesn’t some evil lunatic always get the “wrong idea”? On ‘our’ side just as on ‘theirs’? Do you feel at all responsible for contributing to an atmosphere of rage, if not revenge, that was breathed in by whoever committed these horrible acts? Is there any other outcome of refusing to make the hard choices and take a chance on peace?

And do you see how your love of Israel can blind you to rationality – as love always does? Do you see how tragic it is, that those who love Israel the fiercest are now hurting her the most? Did you think that because Benjamin Netanyahu is rational and intelligent that the government’s policies are rational and intelligent – rather than driven by ideological zeal? Can we agree that our emotional commitments may blind us to pragmatism?

Is it possible to see how American right-wingers have helped create a tinderbox in Israel/Palestine, full of people who hate one another? Can we see some of the bitter fruit that comes from ignorant American billionaires funding Israel’s far right, at the expense of everyone else? Can we shake ourselves loose of the notion that this is “just an Israeli matter” and agree that Americans are heavily involved in creating this situation, from the White House to the Adelson mansion? Can we take responsibility for what we have done to make a bad situation worse?

And is it worth it? Have you been to the West Bank? Not Gush Etzion and Maale Adumim, but settlements far in the center of another people’s country, ringed in with barbed wire? Are those patches of land, and the people who live on them, worth creating a situation in which violence like this inevitable? In which our friends and relatives live in fear? For what? For a fantasy?

What can be done now?

Can you grieve with all the mothers of these boys? And if you can, does it really matter whether you think there’s “moral equivalence” between these acts or not, if we’re trying to prevent a war? Can you truly not understand the other side’s narrative – not agree, but understand – so that you can also understand how violence can seem moral to them, as it did to Jabotinsky, or, for that matter, the Biblical Joshua? Can you see how you might feel the same way as ‘they’ do?

And do you understand that this may be just the beginning? It’s still going on: Israeli Arabs throwing rocks at schoolbuses, Israeli soldiers beating kids up, Hamas rockets terrorizing entire cities – do you think that this news cycle has died down, and so now things will go back to normal?

What do you think “normal” even looks like for an average Palestinian? Do you think they can travel freely, hang out in cafés, and get a job in Startup Nation? If not, do you think they’ll just roll over and play dead? Would you? Wouldn’t you, in fact, get angrier and angrier, until you would not only understand but actively support any act that strikes back?

Why were you at all surprised? Haven’t we created the conditions for just these kinds of events to happen: desperation, radicalism, rage?

In fact, why is any of this – the Palestinian extremism, the Israeli extremism, the horror, the terror – surprising in the least? What did you expect? Did you really think you had the answers, when all this conflict makes are questions, blood, and tears?

What Did You Expect?