Why Israel Wants an Independent Kurdistan 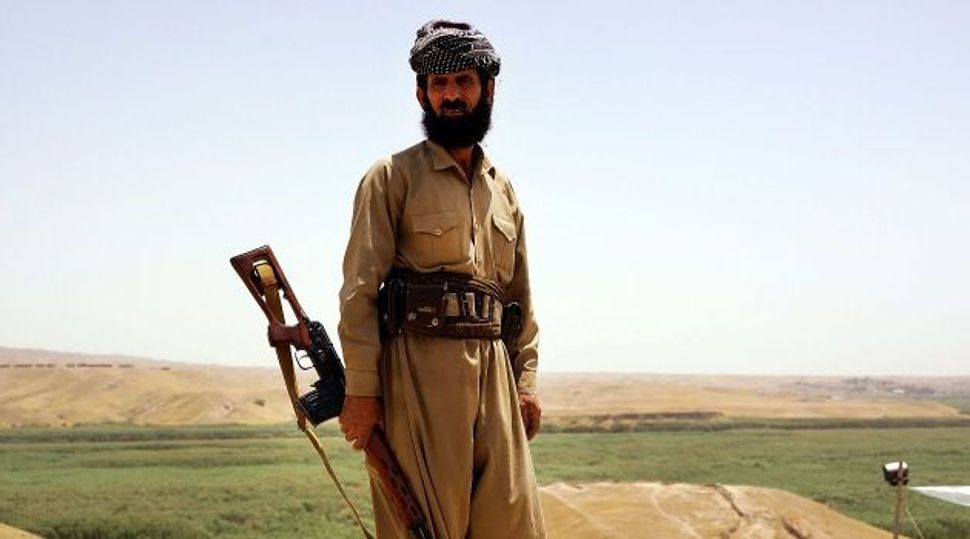 In the early spring of 1975, the Israeli-Kurdish alliance and the secret Israeli presence in Iraqi Kurdistan came to an abrupt end when the shah of Iran and Iraq’s Saddam Hussein reached an agreement terminating their conflict. Israel, dependent on Iran for access to Kurdistan, had to leave. Prime Minister Yitzhak Rabin reported quietly on the event to a Knesset committee, where one member said to him, “I presume our aid emerged from a desire to help a struggling minority.” Rabin, not known for his sentimentality, reportedly completed the thought: “Because we’re Jews.”

That was the context in which many veterans of the Israeli security community whose résumés include a spell of contact with the Kurds back in the 1960s and ’70s reacted on June 29, when Prime Minister Benjamin Netanyahu declared his support for an independent Kurdistan in what used to be northern Iraq. To this day, Israelis and Kurds maintain strong links based on their unique status as non-Arab peoples striving for independence in the “Arab” Middle East.

The context of Netanyahu’s speech is equally important. In outlining far-reaching new priorities in his regional strategic thinking, his point of departure was the spread of extremist Islam and the collapse of Iraq. Kurdistan was almost a footnote.

A word about those new strategic priorities: Of the challenges currently facing Israel, Iran is now relegated by Netanyahu to the bottom of the list, and ISIS — the Islamic State of Iraq and Syria — to the top. Gone, in discussing Iran’s nuclear ambitions, are the Holocaust comparisons and the threats of Israel taking matters into its own hands. At the head of the list are now the need to shore up Jordan’s defenses to the east, deploy the Israel Defense Forces in the Jordan Valley indefinitely and — capitalizing on the search for the three kidnapped and murdered yeshiva students — ensure that Israeli security forces enjoy unlimited freedom of movement inside any future Palestinian state. (Netanyahu’s intrusive new security demands regarding the West Bank are unacceptable to Palestinians, thereby serving his real priorities there; but that’s a separate issue.)

Thus it was in the ISIS connection that Netanyahu recognized an independent Kurdistan. Here we note, for the record, that a Kurdish referendum on independence is months away, and that the Kurds almost certainly did not ask for Israeli recognition.

So why recognize Kurdistan now? Iraq is collapsing and fragmenting. The likely beneficiaries are fanatic Sunni Arabs represented by ISIS, but also Iran, whose support for the Shiite-dominated Iraqi government and army is now vital to their survival. The Kurds have taken advantage of the confusion and disarray to shore up their control of territory and energy resources around Kirkuk that they have long claimed. Neighboring Turkey’s support, which one can’t imagine will be forthcoming, is far more important to them than distant Israel’s.

The Obama administration left Iraq in 2011 after committing to its success as a unified democracy. Now the administration appears determined to hold the country together artificially, even if this means empowering Iran more than the 2003 American invasion and occupation foolishly did. (Remember Saddam Hussein? Along with all his faults, he kept Iran out of the Arab Middle East.) Israel and some of its Arab neighbors prefer a fragmented Iraq that thwarts Iran’s grand design of a “Shiite arc” linking Iran’s Iraqi and Syrian allies with Shiite Hezbollah on Israel’s northern border with Lebanon.

This, at the realpolitik level, explains the timing of Netanyahu’s unsolicited support for Kurdish independence. It is first and foremost a statement of protest to Washington regarding its Iraq unity policy, following advice by the likes of outgoing President Shimon Peres to let Iraq stew in the juices of its disunity.

The price Israel pays for a fragmented Iraq is that ISIS will continue to take root in its new “Islamic State” in what used to be northwest Iraq and northeast Syria. This explains Netanyahu’s new concern with the security of Jordan and the Jordan Valley. An independent Kurdistan may be useful in countering Sunni Islamist fanatics — the Kurds are moderate Sunnis who promote women’s rights and democracy — but the Kurds have more urgent things to do than to pick a fight with ISIS outside of their mountain redoubt.

The post-Ottoman Levant as we have known it for nearly 100 years is gone. Kurdistan and the Islamic State are the first new independent entities to emerge. Jerusalem appears to be dealing with this situation better than Washington.

Yossi Alpher is the author of “Periphery: Israel’s Search for Middle East Allies,” forthcoming in 2015 from Rowman & Littlefield .

Why Israel Wants an Independent Kurdistan