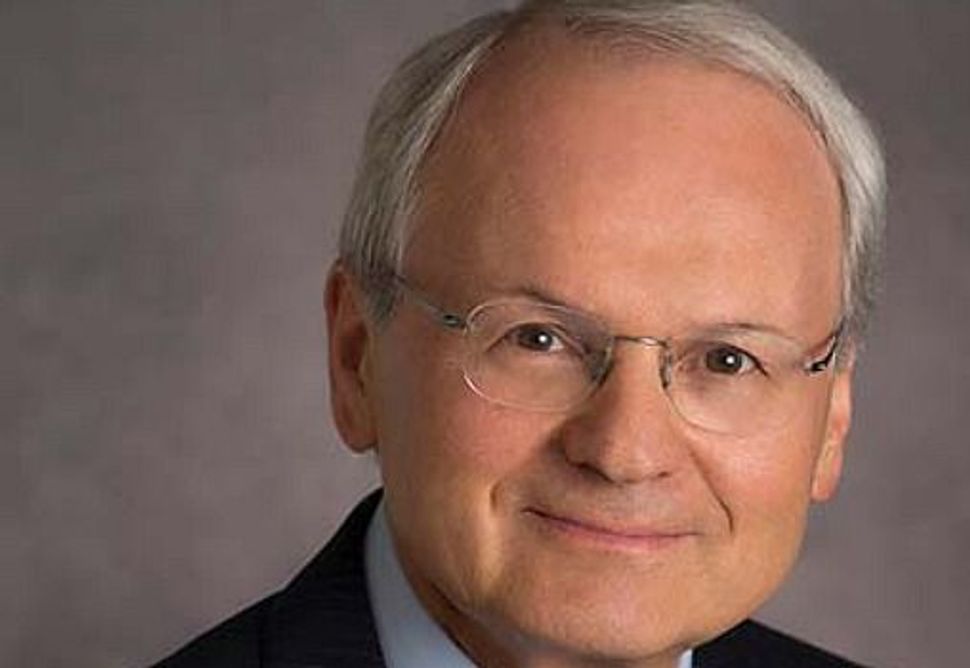 (JTA) — American Jewish groups from across the ideological and religious spectrum have issued strongly worded condemnations of the murder of Palestinian teenager Muhammad Abu Khdier, apparently a revenge killing committed by Jews.

One exception to this chorus of denunciation was the Zionist Organization of America, a hawkish Israel advocacy group, which issued no statement.

Reached by phone on Tuesday morning, the ZOA’s national president, Morton Klein, said that he had been on vacation and away from the news over the weekend, the window during which the Israeli police announced the arrest of six suspects in the murder.

However, he quickly added that the ZOA would not have commented in any case because it does not consider the motives for the killing, or the identity of the perpetrators, to be clearly established.

Israeli officials have stated that they believe the killing was motivated by a desire to avenge the murders of three kidnapped Israeli teens. But Klein said that was an insufficient basis for a statement.

“Even arrests, you don’t know whether these arrests make it clear that this was a murder of revenge,” Klein said.

Klein said that if the suspects are indicted for carrying out revenge killings, then the ZOA would make a public comment.

“We at ZOA would be horrified by any Jew who kills an Arab to take revenge for the killing of these three beautiful Jewish boys, both morally and politically,” Klein said. “If we know, we will criticize.”

But, he added: “I thought you were innocent until proven guilty. People have been indicted many times throughout history inappropriately.”

On June 30, one week before the arrest of the Jewish Israeli suspects for Khdeir murder, the ZOA issued a statement titled “ZOA Mourns Deaths Of Three Israeli Youths Kidnapped & Murdered By Palestinian Terrorists.” In the statement, the ZOA stated that the Israeli teenagers had been “snuffed out by Palestinian Arab terrorist murderers” and that “The kidnappers have been identified by Israel as Marwan Kawasmeh and Amar Abu-Eisha, who belong to Hamas.” Kawasmeh and Amar Abu-Eisha have not been indicted.

Asked about the discrepancy, Klein replied, “When you have three Jews hitchhiking and they’re killed in the car, all the authorities said that these were Arabs, and it was highly unlikely that this was Israeli Jews who kidnapped the Jews and shot them point blank. Something like that, to my knowledge, has never happened.”

Klein said, “The Palestinian Arabs have not earned our sympathy or respect,” adding, “It is a violent and hateful culture.”

He added, “I’m not gonna bend over backwards for Palestinian Arabs ever. If Israeli Jews are indicted of this heinous murder as a revenge killing, we will comment, but not before.”

ZOA is not the only right-wing Israel advocacy group that expressed doubts about the nature of Khdeir’s murder.

In a July 7 emailed statement titled “No Moral Symmetry in Arab and Jewish Murders!” Helen Freedman, executive director of Americans for a Safe Israel, wrote that her group initially questioned whether the killing was committed by Jews. But, she acknowledged, she was apparently incorrect.