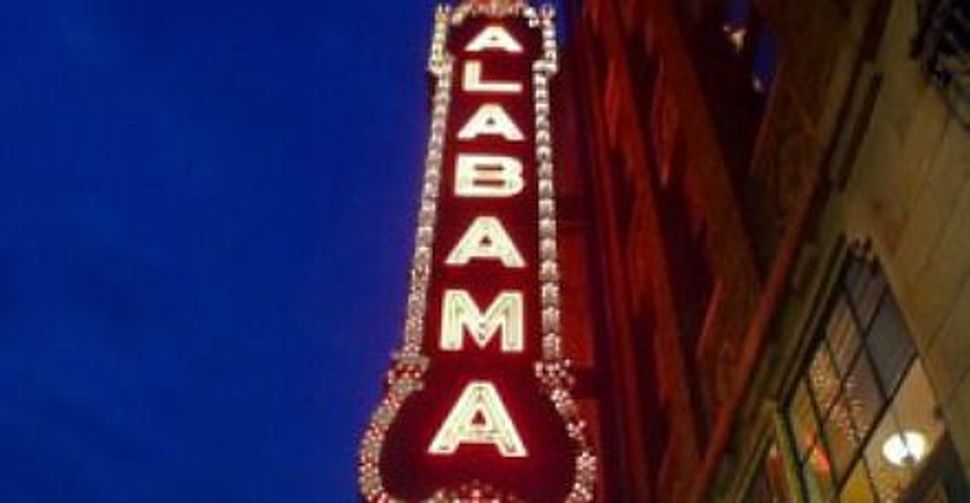 We landed in Birmingham and were hit by a wall of heat — and a Bible.

The taxi driver who ushered us from the airport to our hotel keeps a copy of the Holy Bible on his passenger seat. Welcome to Alabama.

That was tame compared to the next cab ride we took (don’t worry, this will turn into a road trip once we pick up our rental car), which was to Temple Beth-El, Birmingham’s largest Conservative synagogue. After a 40-minute wait for the Yellow Cab company, we climbed in. The conversation with our driver went something like this:

Driver: Which restaurant?
Anne and Sigal: We’re not going to a restaurant, it’s a synagogue.
So you’re Jewish?
Yes.
[long pause]
Well, I’ll say one thing about the Jewish people: You two are gorgeous!
[long pause]
Thank you!
What’s your name?
Sigal.
I knew it! I knew it was going to be a Jewish name!
It’s Hebrew for “chosen,” actually.
I was always raised like, “don’t say anything bad about the Jewish people, they’re God’s chosen people.” So I have the utmost respect.

The driver then went on to recount every encounter he has ever had with a Jew anywhere — including a stint in the Czech Republic, where he visited the concentration camp Thieresienstadt. He wants to go to Auschwitz next. After a few choice words about what he’d do to Hitler if ever the Nazi leader fell into his hands, our driver said, “Schindler’s List — that movie made me mad!”

At that point, we pulled up in front of Temple Emmanuel — the wrong shul, actually (this was the Reform temple, we were headed to the Conservative one) — but hey, no judgment. 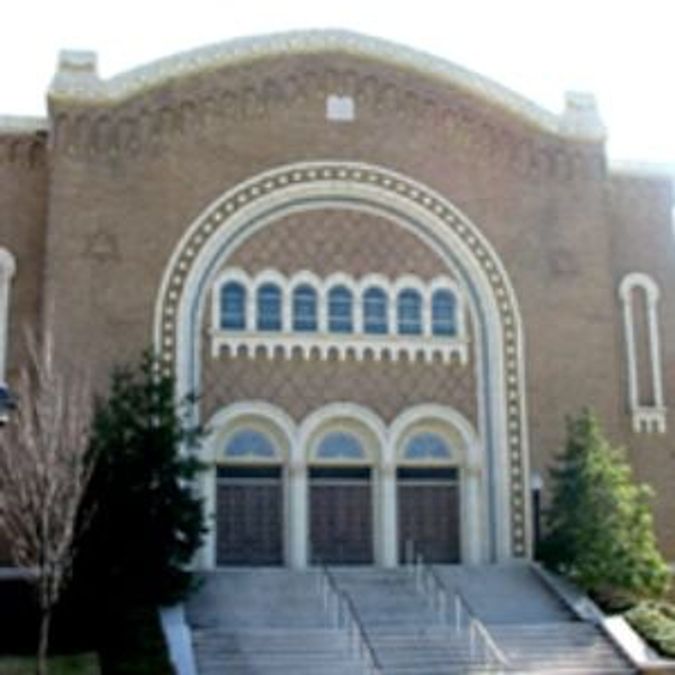 We finally made it to our destination, where we were greeted by Beth-El’s executive director, Bob Greenberg. We were just in time to catch the tail end of Friday night prayer services. There, too, the concept of Jews as God’s chosen people awaited us: As the 20 congregants sang out the Kiddush, the words “You chose us and You sanctified us” drummed in our ears.

Beth-El’s congregants have a reason to feel special. In 1958, 54 sticks of dynamite were placed by the side of the synagogue in an apparent response to Jewish involvement in the civil rights movement. Whether by the grace of God or of Dixie weather systems, a well-timed rainfall defused the bomb and the synagogue was spared. The would-be bomber was never caught.

Bob Greenberg shows Anne Cohen the staircase where the bomb was placed. 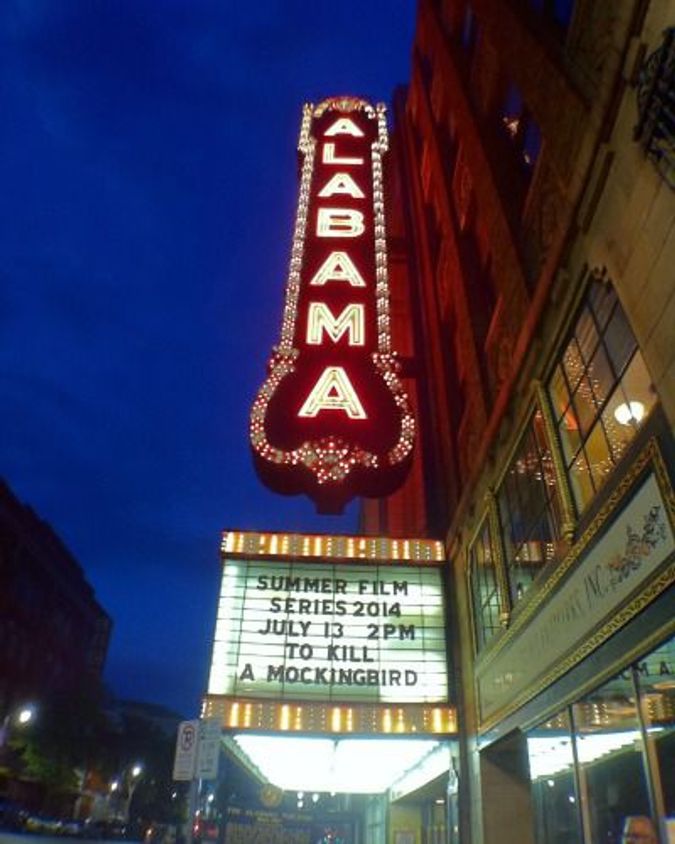 Not content with just showing us the site of the almost-explosion, Greenberg took us on an evening tour of Birmingham. The highlight was a stop at the Alabama Theater, built in 1927. This opulent relic of the South’s heyday was saved from the wrecking ball by a small group of devotees of the theater’s original Wurlitzer organ, which still fills the enormous orchestra pit today.

The scene was surreal. A volunteer snuck us into the night’s main showing: “The Blues Brothers,” starring John Belushi and Dan Aykroyd. We walked in just as Aretha Franklin was belting out “You Better Think”: the word “FREEDOM!” echoed through the palatial theater, with its three balconies, as the mostly white audience chuckled.

As we pulled away from the theater, Anne asked Greenberg if there was lingering racial resentment in the city. He answered by likening Birmingham to post-Holocaust Germany. In both cases, he said, healing came only as a result of coming to terms with their pasts. He summarized: “Birmingham screwed up – but by confronting our mistakes we have finally been able to move forward.”