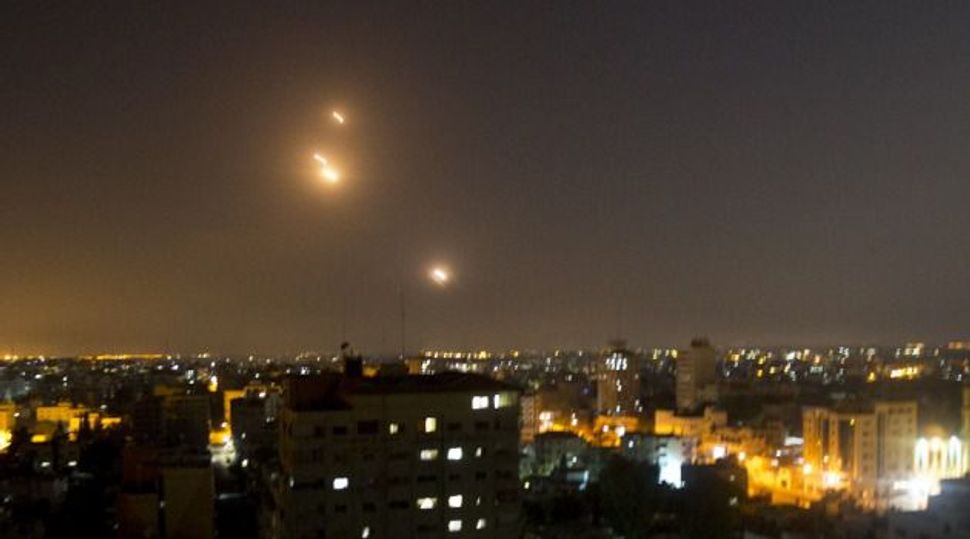 I feel the need to respond to a recent column by J.J. Goldberg, “How Politics and Lies Triggered an Unintended War in Gaza.”

There are a series of false assumptions littered throughout the piece, which unfortunately lead Goldberg to imagine a conspiracy theory that does not exist.

Firstly, Goldberg quotes an Israeli military official referring to his orders from civilian leaders in order to insinuate that “politicians” are forcing the military to act against Hamas. This shows a lack of basic understanding of Israel’s decision making apparatus. The Israel Defense Forces is not an autonomous body, and any military decision comes from the Cabinet, which is comprised of the prime minister and several other ministers. The Cabinet is Israel’s Commander-in-Chief.

Just as in the United States, the military’s actions begin with the commander in chief, in Israel, any military decision-making comes from the Cabinet. When Brigadier General Moti Almoz said “We have been instructed by the political echelon,” he was referring to Israel’s standard democratic procedure that has been in place for decades. The author’s claim that what he really meant is that Israeli politicians were nefariously forcing the military’s hand makes no sense. The IDF is not and has never been a policy-making body.

Goldberg then claims that this is a war that, “nobody wanted…not even the enemy, Hamas.” This is dangerously naïve. Hamas is a terrorist organization dedicated to the destruction of the State of Israel. There has never been a terror attack against Israel that Hamas has not celebrated or endorsed in some fashion. Not only does Hamas want to launch rockets at our civilians, they want Israel’s response. They want to use Palestinians as human shields to drum up international attention.

To claim that Hamas does not want this war is to ignore what Hamas is: the physical and organizational manifestation of a century old Palestinian hatred towards the Jewish people.

Perhaps one reason the author claims Hamas does not desire conflict with Israel is because he is unaware of who has been launching rockets at Israel for years. Goldberg claims that Hamas has not launched a single rocket at Israel since November of 2012. The truth is that from January 2013 through June of this year, there was an average of over 13 rockets fired every month. All of these rockets were launched by Islamic terror groups that, whether they call themselves Hamas or not, espouse the same hatred and are committed to the destruction of the State of Israel. Goldberg’s claim that there was some sort of “détente” between Israel and Palestinian terrorists in Gaza since Operation Pillar of Defense is patently false.

The author continues by claiming that the abduction and murder of our three boys — Eyal, Gilad and Naftali — was not committed by Hamas the organization but rogue Hamas terrorists, essentially a group of “bad apples,” acting without the approval of Hamas leadership. If this is the case, then why did the leader of Hamas, Khaled Meshal, come out with a statement saying “Blessed be the hands of the kidnappers”? If this is not direct approval of Hamas leadership, then what is?

All of these inaccuracies are compounded by the author to spin a tall tale of conspiracy, that Israel hid the deaths of our three boys so that it could crack down on Hamas.

On behalf of the State of Israel and the Israeli government, I will not apologize for not giving up hope that Eyal, Gilad and Naftali would be found alive. Furthermore, whether the kidnappers were holding them for a long period of time or not would not have changed Israel’s response to find those who committed this heinous crime and bring them to justice.

If the author truly believes that “The last seven years have been the most tranquil in Israel’s history,” I invite him to speak to those living in Israel’s south. They could change his mind in 15 seconds with just one “Red Alert.”

Gil Lainer is the consul for public affairs at the Consulate General of Israel in New York.