Israel’s Conflict Has a Past — and a Future 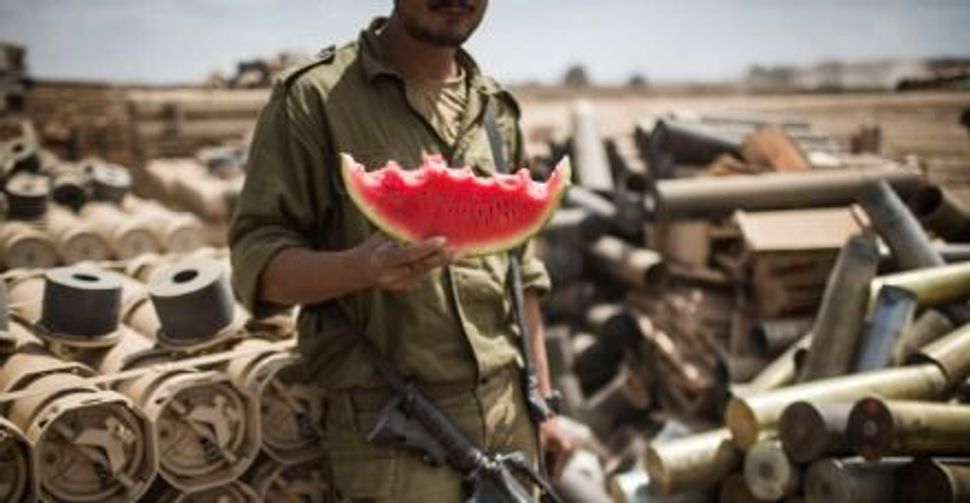 Some years ago, a career military person told me that when the first intifada broke out, in 1987, there had been no indication of the impending uprising. A simple traffic accident sparked rioting that spread, while the military, and indeed Israeli society, was caught by surprise.

I ventured that after 20 years of holding a stateless people under foreign military law, rebellion might have been at least generally anticipated. The person became angry and hostile; the conversation descended to unilateral insults.

Operation Protective Edge, the third war in Gaza in five years, is conceptualized in Israel as a large-scale version of that conversation. For most Israelis these past few years, life feels normal. One day, Hamas begins firing rockets into civilian areas in Israel. The rocket fire is ex nihilo, random as rain.

Fearing perhaps that an explanation would mean justification, the Israeli media hardly ever presents a clear chain of events or cycles of cause and effect. This reinforces the notion that Hamas simply terrorizes people when the muse strikes it. That, in any case, is the true face of Palestinians in general, one that emerges periodically until Israel muscles it back into the Gaza lock-box.

Most societies, especially those in conflict, are guilty of one-sided narratives. But it is troubling that the international media dutifully repeats them. A recent article in The Economist about the escalation begins with the discovery of the bodies of the three kidnapped Israeli youths, never once mentioning the massive Israeli operation against Hamas in the West Bank that preceded the finding, nor the fact that the protracted search for the boys seems to have been simply a pretext for a political operation against Hamas because the prime minister knew the youths were dead almost from the start, nor that Israel has produced no evidence that Hamas was directly responsible for their despicable kidnapping and murder at all. “The escalation has demolished an uneasy peace,” the article announces in a wildly inaccurate description. Go ask the Palestinians of Gaza or the West Bank about that uneasy peace, or the Israelis of Sderot.

With these representations so widespread, it’s understandable that many blame only Hamas. Lulled into the habit of short-term, one-sided readings of the situation, even well-meaning Israelis and Diaspora Jews naturally advocate short-term, one-sided solutions: Bomb and crush them militarily now; never mind what might happen in a few weeks or years.

But the previous rounds provide us with a unique past-preview of the future. We know what happened after Operation Cast Lead: two more wars and no real peace in between. Failure to recall the days and the weeks preceding the recent — and completely unacceptable — rocket fire from Gaza is curious. The utter refusal to see long-term untenable political and social reality for Palestinians, the rage and desperation it generates, is downright confounding, especially when a clearer, fuller reading of the situation would offer clearer, fuller and, I pray, more effective and less violent policies.

What does that mean in practice? For example, there are two parallel perspectives for dealing with the unsavory Hamas leadership in Gaza and its aggression against Israeli civilians. One is through force: military, economic and political pressure, global isolation and separation from the West Bank. This is a short-term approach; it has been tried, and we are living the results now.

The second perspective is through political diplomacy aimed at long-term solutions: maximizing opportunities for negotiations toward a comprehensive political agreement for the long-term, encouraging the other Palestinian political forces, rewarding non-violent Palestinian efforts and encouraging Palestinian state-building.

There is nothing simple about it. Israel and the Palestinians entered negotiations that have failed, and the blame game is inexhaustible. The failure undermined moderate Palestinian leader Mahmoud Abbas. And one of the main nonviolent political efforts is a boycott.

But what if Israel explored other paths on that route more extensively? What if it had created fewer obstacles and impossible demands during the John Kerry’s negotiations for a long-term resolution? Israel cannot support a boycott, but it could have welcomed the Palestinian statehood efforts of 2011 and 2012, a nonviolent political strategy that would have created a definitive two-state basis for negotiations and a political victory for Abbas, instead of humiliation.

More recently, what if Prime Minister Benjamin Netanyahu had not seen red when Fatah reached a reconciliation agreement with Hamas to create a technocratic government as a prelude to elections? His instant determination to crush Hamas as punishment is not unlike George W. Bush vowing to smash Saddam Hussein for 9/11, with its lamentable consequences. The paradigm is still one of force and emotional gratification today, sacrificing people’s lives on either side now and in the wars of tomorrow.

It’s sad to repeat what I already wrote during Operation Pillar of Defense in 2012: This is not a situation of ein brera — no choice. There are two roads. We have repeatedly taken the one more traveled, and that has made all the difference.

Dahlia Scheindlin is an independent public opinion researcher and political strategist, as well as an adjunct lecturer at Tel Aviv University.

Israel’s Conflict Has a Past — and a Future