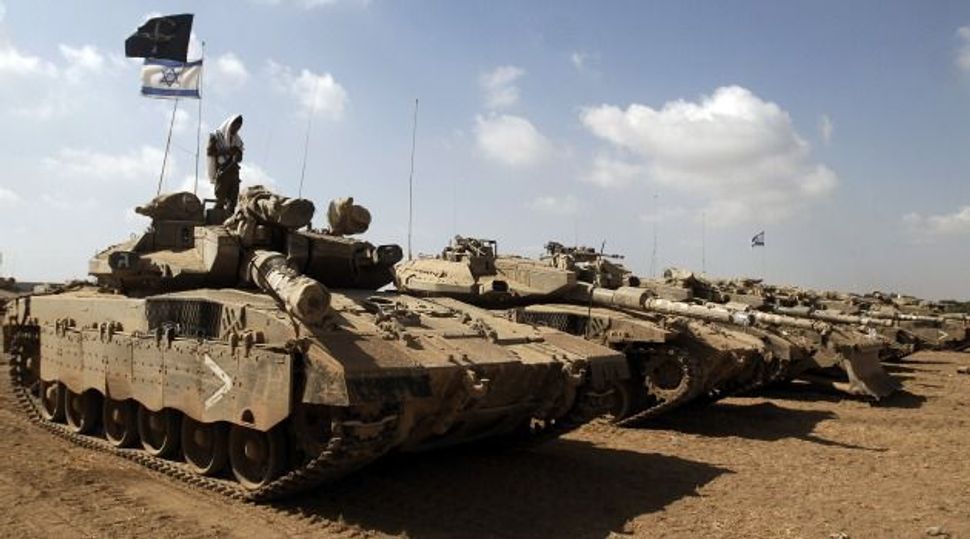 There’s a line in one of Godard’s films: “I’m trying to be humane. Too bad I’m only human.” Shmaryahu Levin, a prominent American Zionist of the mid 20th century, said it even better: “Kh’bin bloys a mentsh, un amol dos oykh nisht.” “I’m only human, and sometimes not even that.”

Leonard Fein was not a religious thinker, he was a magid, an itinerant preacher whom people came to hear because he illuminated our lives. Our prophetic tradition was his proof text, and he insisted on applying its voice to the way we live and the choices we make today. No choices mattered to him more than the ones we Jews make in Israel, in the only society in which we are sovereign, and for which we therefore bear full responsibility. He was a Zionist from his early teens, when the state was re-established, until his last day. Unlike some, who packed away their Zionism once the state came into being, and others, who abandoned it as a tragic mistake when Israel suppressed a rising Palestinian movement of national liberation, a movement that, in uncanny ways, mirrored our own, Leibel saw the Zionist project as unfinished, as essential. And, albeit from a distance, he gave it his all.

In our last conversation, at Kathleen Peratis’s dinner table hours before he died, we talked about compassion. I quoted a lesson Arthur Hertzberg had taught me after my mother died in 1987. He had pointed out that the Hebrew root for womb, rekhem, was the same as the root for mercy or compassion, “rakhmanut.” Compassion is a feminine quality of God. In Leibel’s idiom, compassion is one of the qualities that make us human.

Leibel was a featured columnist of the Forward since its first issue, in May 1990. Compassion is the subject of this, Leibel’s last column.

Israel’s story, as we know, has repeatedly been punctuated by war — the 1948 War of Independence, the 1956 Sinai Campaign, the 1967 Six Day War, the 1973 Yom Kippur War, the 1982 Lebanon War, various wars of attrition, the recurrent wars in and over Gaza, the first intifada and then the second. And to these, alas, we must add Israel’s occupation of the West Bank, an occupation that has now lasted for 47 years, years of intermittent violence, of land confiscation and house demolition, of checkpoints and settlement construction and settlement expansion and, all the while, a marked rightward turn of Israel’s political leadership.

One way to understand Israel’s temperament is to see it as akin to bipolar disease. On the one hand, Israel is a regional super power, a thriving modern society that attracts considerable foreign investment, in which major multinational corporations establish research and even production facilities. It’s a country that features a Tel Aviv (and its environs) that is a thriving Mediterranean metropolis rich in cafe culture, shopping centers, traffic jams, high fashion and such. On the other hand, it is a country that is widely vilified, whose very existence is challenged, a country of people who do what they can (and must?) to block out the ongoing conflict,a people with ongoing traumatic stress disorder.

There is, perhaps, no more pointed way to capture all this than to note that quite regularly, the very first place to which distinguished foreign visitors are taken is Yad Vashem, Israel’s principal memorial to the Holocaust. The exhibits there are inherently haunting, and the message is implicit: This is who we are, this is where we’ve come from, this is the most important thing you need to know about us. This is why there needs to be a Jewish state. The annual memorial ceremony held at Yad Vashem, addressed by Israel’s chief rabbi, its president and its prime minister, confirms the importance to the Israeli psyche of the Holocaust, as does the moving testimony rendered by most Israeli Jews, who, when the siren sounds for two minutes on the eve, and again on the morning, of Holocaust and Heroism Remembrance Day stop wherever they are, exit from their cars, stand in their buses, stand as those of us gathered at a Jerusalem dinner party did last year when the siren sounded on the eve of the day.

Once, I was in Sderot, which for years was the prime target of rockets from Gaza. A friend who lives there explained to me that all the children of Sderot — a community of 20,000 or so (although it is difficult to be precise, because many people have left in order to avoid the near-daily danger) — suffer from post-traumatic stress disorder. All of them. As it happens, I was in Gaza the very next day, chatting with a prominent psychiatrist who explained to me that all the children in Gaza suffer from post-traumatic stress disorder.

Sorry, they were both wrong. This is not a “post” anything. The trauma goes on, seething daily, now and not so rarely then boiling over, scalding tens, hundreds, thousands of people. What we have is ongoing traumatic stress disorder: OTSD. I talk with people on both sides, and sometimes I cannot hold back the tears. I read the interviews with simple people and psychiatrists, teachers and social workers, I read David Shulman’s magnificent and heart-breaking 2007 book, “Dark Hope: Working for Peace in Israel and Palestine,” and I can empathize but cannot truly fathom how one lives with all this pain, with all the interminable horror, and then goes off to the movies or to a concert, how the droppings of pain and sorrow do not cripple those on whom they fall. There’s an Israeli song, “Al Kol Eleh,” that tells of the honey and the thorn. “Good God, guard the honey and the thorn, the bitter and the sweet… do not uproot that which has been planted, do not forget the hope.”

Do not uproot that which has been planted? But turn, turn, turn — there is uprooting everywhere. On our side, there is the dank and bloody and ever-abiding awareness that that which we plant in the morning may well be trampled before night. If so, we will nonetheless be back the next morning to try once more, for we know no other way, for sooner or later, we are taught, those who plant in sorrow will reap in joy. Faith, despite history.

And on their side? There, uprooting is endemic. Move quickly from this building to that shelter until that shelter is identified as a storehouse for rockets or rocket launchers and is bombed. Take care not to be on the fourth floor when terrorists are gathered on the second floor lest the bomb intended for them makes of you “collateral damage.”

Those of us who count ourselves as chov’vei tziyon, lovers of Zion, know not merely how profound our love is — unconditional, actually — but also how complicated.