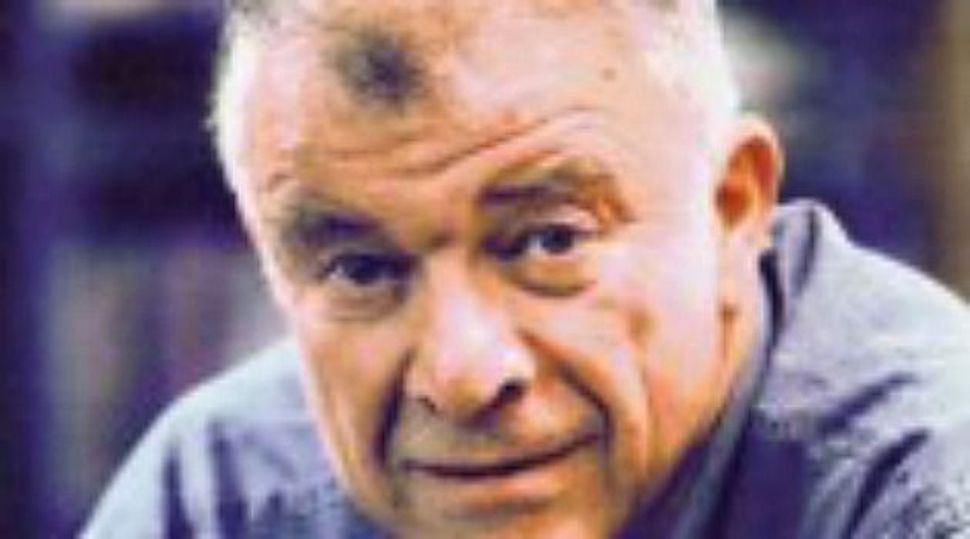 Leonard Fein was part of this newspaper from the time the Forward began publishing a regular English edition in 1990. Fein had heard that founding editor Seth Lipsky was planning to create a serious national Jewish newspaper and called Lipsky from Boston. They met for a drink at the Harvard Club in New York — certainly Lipsky’s choice, since Fein was not a Harvard man. And though the two men could hardly be more different politically, they formed a quick, deep bond.

“I hired him on the spot,” Lipsky recalled in an email. “I don’t think he missed a week since then.” This anecdote reveals two essential qualities in the man universally known as Leibel, who left us much too soon when he collapsed and died on August 14, scant weeks after he was feted for his 80th birthday. The first was his thirst for intellectual debate and friendship even from those with whom he fundamentally disagreed. He was a progressive through and through, but that never kept him from listening to and respecting a divergent opinion.

The second was his pure professionalism. Through illness and intifada, through changes in leadership, ownership and the dramatic revolution from print to digital journalism, Fein was a devoted, steady presence on these pages, always willing week after week to share his unique perspective on Jewish life here and in Israel, in language that flowed from a deep well of knowledge, insight and passion.

Since his death, Fein has been justly praised for the things he created: Moment, a magazine of Jewish ideas; MAZON, a Jewish anti-hunger initiative; the National Jewish Coalition for Literacy, a network of organizations that provides volunteer tutors for schools. Not only did he create, he left a sturdy legacy: All these institutions continue to thrive long after he left their employ, a testament to his values and foresight.

But at the Forward it was about words and ideas. Fein, publisher Samuel Norich wrote, “was not a religious thinker, he was a magid, an itinerant preacher whom people came to hear because he illuminated our lives. Our prophetic tradition was his proof text, and he insisted on applying its voice to the way we live and the choices we make today.”

He became a Zionist in his teenage years, honed his involvement with Israel at the University of Chicago, earned his doctorate at Michigan State and eventually relinquished an academic career for writing and activism, but always remained, at heart, a teacher. Perhaps that is why he was able to influence and touch so many disparate lives — he was a teacher, not an instructor. He engaged those around him with good humor, in the sense of being funny — and he had a wicked wit — but also in the sense of being well intentioned. His aim was to use his mind to improve the world, not to win a political war of words.

The Center for Near East Policy Research’s director, David Bedein — another one whose views on Israel were the polar opposite of Fein’s — sent us a heartfelt note after his death. He recalled the speech Fein gave at his high school graduation in 1968, only 12 days after Robert F. Kennedy was assassinated. “Fein’s theme was dedicated to the legacy of Bobby Kennedy, on how to be a person dedicated to justice and a better society,” Bedein wrote. “His speech was unforgettable.”

Fein wrote at least 1,000 columns for the Forward, under three different editors. He adapted to the shift from print to digital journalism with grace, if not enthusiasm. He did not relent in his critique of leadership in Washington or in Jerusalem, but it was never out of disdain, always out of love. Week after week he was our conscience, using his considerable literary gifts to point out our failings, and calling upon Jewish text, history and philosophy to remind us of how we really do want to live. For his dedication to justice and to the Jewish people, his broad humanity and his professional gift with words, Leibel Fein will always be part of the Forward.