How To Sell Americans on Israel’s Wars 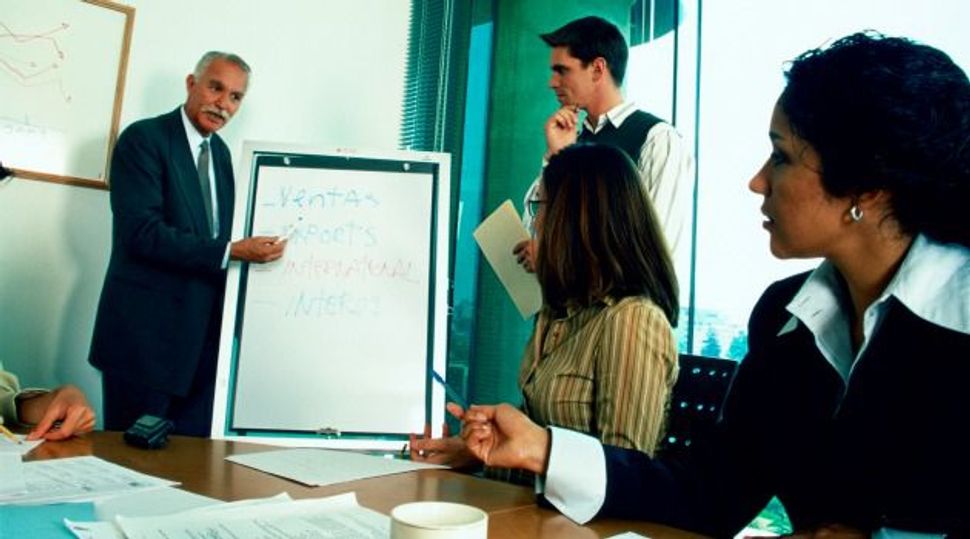 Americans have endured endless hours of Gaza media coverage in the past month, from CNN’s Wolf Blitzer crawling through Hamas tunnels to live reports of rocket launches and airstrikes.

In between, spokespersons for both sides flooded the airways, each trying to formulate an argument able of convincing American viewers, already overwhelmed by news from the Middle East, to support his or her side.

But what message really works with the American audience?

Jennifer Laszlo Mizrahi and Meagan Buren, both experts in public opinion and formerly with The Israel Project, set out to find a real-time answer to this question.

As war raged in Gaza, they gathered focus groups representing different swaths of the American public. The participants, gathered in a conference room on a weekday evening, went through several hours of hearing almost every possible message about the conflict. Then, in discussions and by using a tiny dial that collected their responses, members of the focus groups rated the level of empathy they felt toward messages conveyed by Israeli, Palestinian and American officials in TV interviews. Taken together, the input from these handheld dials produced a graph depicting exactly which message worked well and which fell flat. When the line climbed beyond the halfway marker, it was a sign that the message was working well; when it dipped below, it was clearly time to abandon this line of argument.

The main takeaway, observed in all groups and across all demographics, according to Buren, was pretty simple: Americans want to hear about peace and don’t really care who started the war and why.

“Americans are much more focused on the long term and on the end goal which is ending the violence, and peace,” said Buren, president and CEO of Buren research and communications, who was the lead researcher for the project. “It’s a matter of zooming out rather than debating the day to day.”

In practical terms, this means that it’s useless to go on network TV and enter into a heated debate with a Palestinian representative over who holds the historical rights to the promised land and who is at fault for firing the first rocket or launching the first airstrike. These messages only serve to put Israel in the same pile of Middle East conflicts that Americans hear about on the news but don’t think will ever be solved. “It’s important not to be lumped into all those problems,” Buren said. “It’s important to differentiate.”

And what makes the difference, the focus groups have shown, is demonstrating that there is hope and that Israel has a final goal of living in peace with its neighbors. “It’s about reminding Americans why we are different than Iraq and other places they hear about.”

This task has gotten all the more difficult recently, as the latest round of American-brokered peace talks has failed and there is no viable peace process on the table. Still, the researchers insist that it’s important to get out the two-state solution message even if does not seem possible in the short term.

Clinging to explanations about the past would be counterproductive.

“Explaining the conflict through the lens of a history lesson makes it sound to people like something that has been going on for a long time and will never end,” said Buren.

The only exception in which Laszlo-Mizrahi and Buren recommend pro-Israel speakers use historical references is when providing viewers and listeners with clear examples of instances in which Israel proved its desire for peace by taking concrete actions, such as the withdrawal from Sinai, from Southern Lebanon and the 2005 disengagement from Gaza. Research has shown that many Americans are unaware of the Israeli withdrawal from Gaza and that an Israeli step viewed at the time as dramatic has not made its mark on the American perception of the conflict.

Results of the focus group research were shared with American Jewish advocacy organizations and with Israeli government officials. “We want people in Israel and Americans who care about Israel to understand the importance of talking about peace for both sides,” Buren said. She said these groups and individuals were very receptive to the research results and have expressed willingness to use it in shaping their message.

Laszlo-Mizrahi and Buren now intend to conduct a wide-scale poll to add a quantitative aspect to the study.

How To Sell Americans on Israel’s Wars