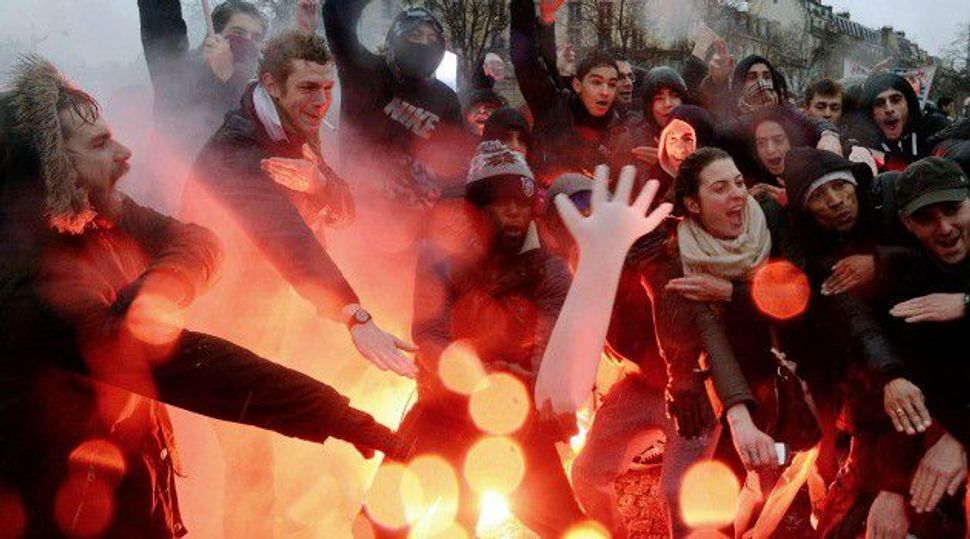 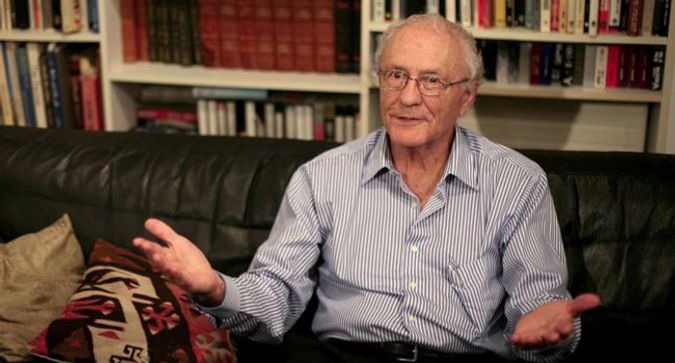 Observer: Zeev Sternhell in his home in Jerusalem in 2011 Image by Daniel Bar-On/Haaretz.

Zeev Sternhell is one of our era’s pre-eminent historians of modern France. In a series of path-breaking works, Sternhell has argued that fascism is far from being a foreign import to France, but actually has its intellectual and political roots in French soil. While historians still debate his painstaking and provocative interpretation, there is little debate over its salutary effect. Historians can never again discuss the Dreyfus Affair, the interwar leagues or Vichy without reference to Sternhell.

Yet Sternhell himself is not French. He was born in Galicia in 1935, and while he survived the war, his mother and sister died in the Holocaust. In 1946 his uncle took him to Avignon, France, where he received his education (and the southern accent that still marks his French). At the age of 16, he made aliyah to Israel and eventually became both a professor at the Hebrew University of Jerusalem and an army officer. In the wake of his wartime experiences, particularly in Lebanon, Sternhell also became one of Israel’s most courageous and lucid critics of its policies in the Occupied Territories.

On the occasion of the publication in France of his book “Histoire et Lumières” — a series of conversations with the journalist Nicolas Weill — Sternhell agreed to discuss with the Forward recent events in both France and Israel.

Zaretsky: In your work, you descibe fascism as being “made in France,” so to speak, home grown. Does this history provide an important context to what a number of observers call the “new anti-Semitism” in France, espoused by certain groups on the far left as well as by a growing number of Muslim youths?

STERNHELL: One sees a resurgence of anti-Semitism, and not only in France. There is in fact a certain continuity between our period and the interwar period. History does not repeat itself, but there are constant factors whose presence can still be felt. However, I do not think that this is the common denominator between the extreme leftist groups and the young Muslims. The “new anti-Semitism” in France and in Europe — in Great Britain they speak of a Weimar atmosphere — is nourished by the identification of the Jews with Israeli policies, or rather with the hard nationalism of the Israeli right. The continuous confrontation with the Palestinians, the refusal to compromise on the creation of a Palestinian state, the claim to be the only legitimate owner of the land, the colonial situation that has come into being in the West Bank — all this helps to give rise to an anti-Semitism that in recent years has become a real social phenomenon.

You recently remarked that compared with Benjamin Netanyahu’s government, Marine Le Pen’s nationalist National Front could be mistaken for a bunch of left-wingers. I wonder if you have any thoughts on her recent remarks in support of the militant French Jewish group, the Ligue de Défense Juive (the Jewish Defense League), which might well be outlawed by the French government.

The LDJ is an organization whose raison d’être is to supplement the weakness of the state. If the state does its work, as happens in France, it has the right not to tolerate the existence of an organization that could become a kind of private Jewish militia, in response to which there could be a Muslim militia. To do otherwise would be to accept an abnegation of responsibility by the state. As for Marine Le Pen, she courts the Jews a great deal, for one main reason: She hopes in this way to regain a virginity and show

that her party no longer has anything to do with that of her father, nostalgic for Vichy and a notorious anti-Semite. This strategy was very successful in the last European elections, where she gained 25% of the votes, but the reality is less brilliant. The National Front is a hard nationalist party, hostile to minorities, to multiculturalism and violently anti-European. These qualities hardly serve the interests of the Jews. It would be a good thing if they avoided this trap.

In the wake of this summer’s pro-Palestinian demonstrations in Paris, which climaxed in street battles outside two synagogues, some representatives of the French Jewish community compared these events to pogroms and Kristallnacht. What was your reaction to these events, as well as to signs that a growing number of French Jews are leaving for Israel?

We are very far from Kristallnacht or any other kind of pogrom, if only because the state in France is very conscious of the danger anti-Semitism poses for French society. It fights its manifestations very energetically, and its anti-racist legislation is the toughest in Europe. However, the Israeli-Palestinian conflict clearly contributes tremendously to an anti-Israelism, which often takes the form of anti-Semitism, the Jews being identified with Israel. The immigration of Jews from France to Israel has increased, though not dramatically. The wealthy ones buy apartments — one does not always know whether it is in order to live in them or just to come on holiday — but the Jews have undoubtedly lost a bit of their self-confidence in the society in which they live.

Over the past several years, thanks to the growing influence of the National Front and the politics of Nicolas Sarkozy, French political discourse has shifted to the right. This process has pulled even the traditional left rightward on questions of immigration, integration and even the economy. Do you see a similar process unfolding in Israel? What remains of the traditional left?

The movement towards the right which you correctly speak about is far more dramatic in Israel than in France, for two reasons. In Israel, it is not only a matter of the victory of neo-liberalism and a dramatic increase in inequality. The occupation of the territories conquered in 1967 has created an apartheid situation in the West Bank, and the question of the “Jewish State,” related to our identity, is a real threat to democracy. The cult of historical values that the right sees as the basis of our absolute right to all the territory between the Mediterranean and the Jordan and our refusal to accept the principle that the process of conquering the land came to an end in 1949 has finally given rise to the concept of a “Jewish State” which is no longer Jewish and democratic as is laid down in our present legislation, but solely Jewish. It is this principle that asserts the superiority of the historical community to the present community of citizens that the right, now in power, seeks to enshrine in constitutional laws. Here, a comparison with the European past is particularly helpful. The basic reality underlying the present problem both in France and Israel is the fact that for nationalists of every kind, the nation is one thing and the present community of citizens is another.

Can you find reasons to remain optimistic about the future of democratic politics in Israel and France?

It is sometimes said that in the long run, the pessimists are always right. This is not always true, but the French democracy is much better equipped to ensure its future than the Israeli democracy. The latter can only survive if Israel puts an end to the occupation and the conflict with the Palestinians, accepts the partition of Palestine into two states and ensures the absolute equality of its Arab citizens.

Robert Zaretsky is a professor of history at The Honors College at the University of Houston and a Forward columnist.