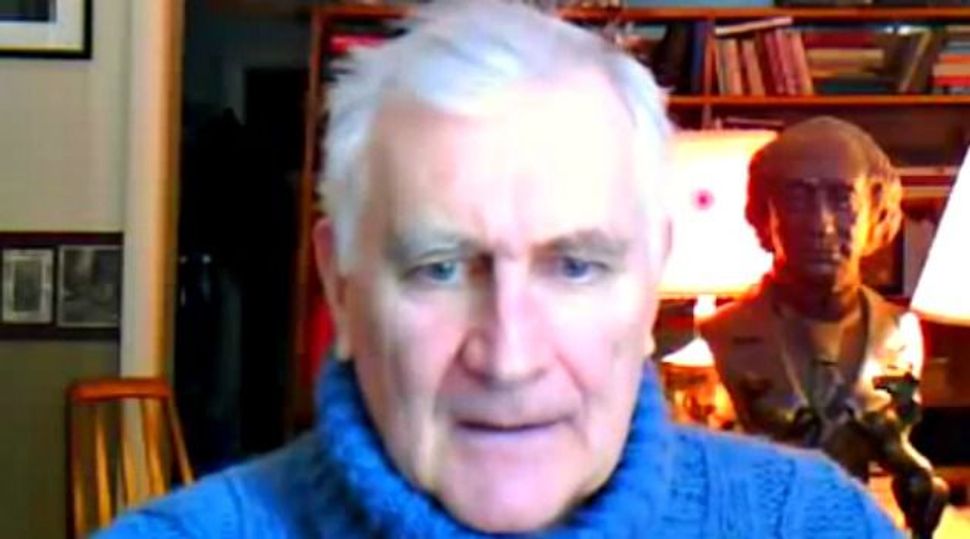 Will voters in a small Canadian town overlook the hate-filled past of a town-council candidate?

John Beattie is betting on it.

Beattie, the 73-year-old founder of the Canadian Nazi Party, has thrown his hat in the ring for elected office in Minden, an Ontario hamlet of 5,600 better known for tidy country cottages than political controversy.

Despite the fact that Beattie now disavows his white-supremacist leanings — “it’s a hobby,” he told the Toronto Sun — he’s left a long and toxic trail through Canada’s most populous province.

Fifty years ago, Beattie “was infamous for leading Nazi rallies in Toronto that descended into violence,” according to the Toronto Star. In 1966, “hundreds of police officers had to guard the 24-year-old at [arena] Allan Gardens as he shouted anti-Semitic slogans at a mob of 1,500 protesters.”

And after founding the Canadian Nazi Party in 1965, Beattie “was jailed for six months for placing swastikas on the lawns of prominent Jewish residents,” the Star reported. A turncoat after that, he spied on right-wing groups for Canada’s intelligence service in 1972.

And in 1989, shortly after Beattie moved to Minden, he hosted what he called a celebration of Canada’s first Prime Minister, John A. Macdonald. A mob of white supremacists gathered on his rural property while skinhead bands played, according to the Star. The two-day event ended with the burning of a giant cross.

Beattie now runs britishpeoplesleague.com, where he claims he stands up for “British Canadians,” whose way of life is being destroyed by immigration, the Sun said.

“I don’t talk about supremacy in the slightest,” Beattie insisted to the paper. “It’s strictly politics, it’s nothing personal. I got my website and I do my YouTube, I rant and rave, and that’s my outlet. I guess it’s a hobby. Some people rave about motorcycles.”

But Sue-Ann Levy, the Sun’s outspoken investigative columnist who has written extensively about Jewish issues, isn’t buying it.

“Having just traveled to Germany, Austria and Budapest, where I was reminded of the shocking Nazi atrocities against the Jews, I can’t imagine how Mr. Beattie would have the nerve to think he is fit to run for office in any town in Canada,” she told the Forward by e-mail from Israel, where she’s visiting.

“I would hope that voters send him back to the rock from under which he has come.”