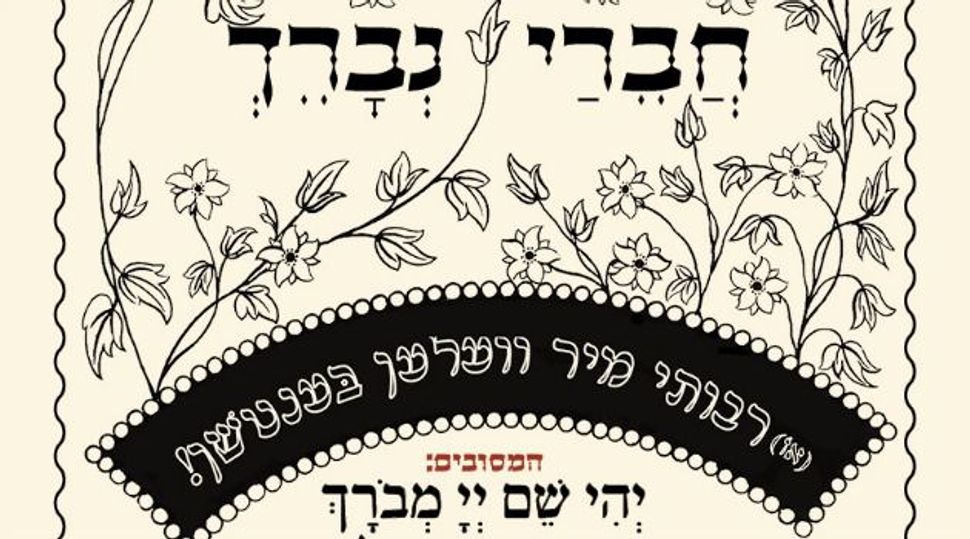 Books are probably going extinct, but it doesn’t matter — in the Jewish world, ritual texts are still key players in the spread of ideology. Three texts, in particular, have been in print since the printing press was invented: the siddur (prayerbook), the bentsher (Grace After Meals), and the haggadah (Passover seder guide). If you took every copy of each of those books that was printed in the past 30 years, I bet you’d find that the vast majority were printed by Orthodox publishing houses or edited by Orthodox rabbis and scholars.

This is true for a number of reasons, but one important one is that Orthodox publishing houses in both American and Israel have been producing a consistent stream of well-designed, easy-to-navigate publications. These publications are so functional that they’ve broken out of the Orthodox market and are widely used by many non-Orthodox Jews and institutions, many of whom are indifferent to the textual and ideological idiosyncrasies of the Orthodox publications. These books have become the default, while other ritual texts — including those which “on paper” many Jews would find more ideologically compatible — are speciality items, bought only by those who care enough to choose differently.

We weren’t satisfied by this situation. If there were to be a default edition, we wanted it to be as inclusive as possible. We wanted a bentsher that didn’t belong to a denomination and could be accepted by everyone — by the Orthodox, the non-Orthodox, everyone.

We made it inclusive in other ways, too, like the inclusion of our foremothers in the text of bentshing (reciting the Grace After Meals) and in the creation of a fresh, gender-neutral translation. It even included a small selection of Yiddish tunes alongside the canonical bentsher liturgy and songs.

It is inclusive of Orthodox Jews, too. In designing the pages, we made sure that any non-Orthodox insertions were marked in a different color — an elegant way of neutrally marking a different practice. This strategy was borrowed directly from Orthodox prayerbooks, many of which indicate small textual variants based on differing communal practices.

New and ever-more-beautiful haggadot are produced every year, but modern bentshers all look pretty much the same. So, besides being both egalitarian and queer-inclusive, we also wanted this bentsher to have the look and feel of Jewish books from previous centuries. After examining many early bentshers and researching the history of early book production, we created a design that incorporated typefaces and more than a hundred illustrations that evoke the early era of Hebrew book production, a time when bentshers were frequently more aesthetically interesting than today.

Through beautiful design, we hope we can promote a truly inclusive ritual text that spans denominations. The second edition of Seder Oneg Shabbos will ship in October — and we’re crossing our fingers that we’re right.