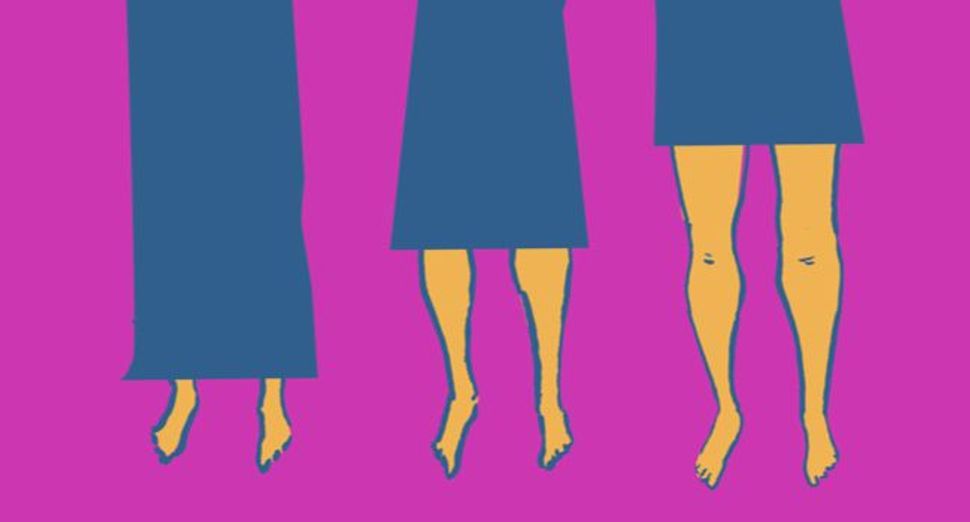 A Modest Proposal: Are dress codes really the best way to instill a set of values? Image by Kurt Hoffman

The first days of school are, once again, upon us. Teachers, parents and students alike are thinking about school supplies, those first lessons, the new routine. But for some students — especially female students in junior high and high school — and those who work with them, attention has also, once again, turned to the fraught, complex terrain of “appropriate” dress.

A rabbinic colleague recently posted on Facebook about his struggle to understand feminist critiques of dress codes in light of his work at a Jewish high school. Though he did not want to police students’ — most especially, female students’ — bodies, does that mean that there should be no standards for appropriate dress? And given the fact that women’s sexuality is exploited in our culture, isn’t it helpful to have an institutional framework that mitigates this objectification?

He didn’t use the word tzniut, modesty, in his original post, but it was certainly implied by context. As fraught as issues of dress are in secular culture, they are more so in the Jewish world. Though tzniut is a broad concept that traditionally addresses many ways in which a person should be humble and unassuming, today it is used almost exclusively to refer to modest clothing, particularly on women and girls.

But modest dress isn’t the curative for sexual objectification. Either way, the woman is regarded as a sex object — either one that we can ogle openly or one whose sexuality needs to be covered up. In either case, she’s not seen as a full human being.

An obsession with covering betrays the deeper meaning of tzniut. Maimonides suggests that the way to behave with tzniut gedolah, great modesty, is to be discreet in the bathroom, not to talk louder than necessary, refrain from showing off your money — to generally keep other people’s needs and reactions in mind as you move through the world. It’s about being mindful of others so that you can have a more authentic connection with them.

I suggested to my friend that, instead of a dress code, he could go straight to the heart of tzniut, to build a culture of care, respect and connection — from the ground up.

During my past five years working with college students in the Hillel world, I’ve developed a lot of faith in emerging adults’ ability to transcend the low expectations so often set for them. Seeing the impact that intentional, meaningful conversation can have on the ground, I’ve come to believe that a community of respect can be best created through dialogue, not dress codes.

What if, instead of making rules about what students can and can’t wear, my colleague — and heads of schools nationwide — held discussions with students as partners? What if staff opened with something like, “Hey, do you like to be seen as a whole person? Me too,” and then made space for open-ended questions that don’t have correct answers? Like: “What prevents you from being fully seen? What keeps you from being able to see others clearly?” Or they could start by inviting students to respond to an essay, a poem or a song on the theme of seeing another person’s full humanity, so that they don’t feel forced to get personal right away. These conversations shouldn’t be invitations to debate. The question is not, “Should we have a dress code?” but rather, “How do we fully see and respect one another and ourselves (despite things that make it challenging)?” Those facilitating shouldn’t even necessarily bring up clothing at all — or if they do, it should be one factor among many, alongside race and class, status and popularity.

When we trust people to engage in tricky conversations, and give them space to maneuver within these conversations, things tend to open up. When we make space to tell stories and to listen, we grow in empathy. We deepen a sense of community. And — most crucially, in regard to the dress code question — we see one another more clearly. We all become subjects, not objects.

If a school can focus on creating a culture of care, connection and respect, it fulfills the broader definition of tzniut and helps to heal a society that’s still pretty broken when it comes to women’s bodies, sexuality and humanity. If that can happen, the actual clothing worn by people of any gender becomes just commentary.

Danya Ruttenberg is a rabbi whose books include “Surprised by God: How I Learned To Stop Worrying and Love Religion” (Beacon Press, 2008) and “The Passionate Torah: Sex and Judaism”(NYU Press, 2009). She serves as director of educational content for Ask Big Questions, an initiative of Hillel International.