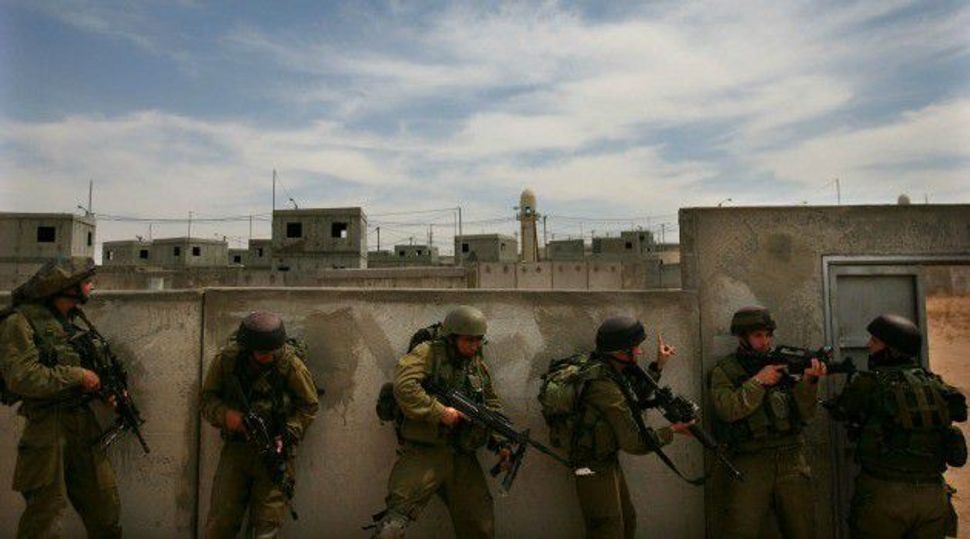 Forty-three reservists of an elite IDF corps have signed and released a letter setting out their refusal to serve Israeli “military control over the Occupied Territories” anymore. The members of Unit 8200, an intelligence unit often seen as an incubator of Israeli high tech as its soldiers move into civilian life, directly criticized Israeli occupation and settlement activity. Not surprisingly, most of the Israeli political class has criticized the letter as, at a minimum, politicizing what is supposed to be an apolitical military or, at a maximum, directly undermining the security of Israel.

I do not take issue with either the reservists’ questioning of government policy, or with the government’s reaction. Most leaders of most states would react similarly. After all, as the group with the greatest capacity to threaten or even overthrow the government, the military’s voice counts for a lot in the realm of Israeli politics.

Natan Sachs is right that the letter’s short-term impact isn’t likely to be significant: As he implies, we are still looking at relatively small numbers here.

What I do think is important is recognition of the army’s place in Israeli society. As Israelis begin to question the government’s foreign and domestic policies more and more, the emergence of similar processes in an institution considered so representative of the Israeli ethos is significant. It also underlines the point that some Israelis are pushing back against what they view as problematic, illiberal and dangerous policies.

Like the paratroopers, Unit 8200 is a legend in an institution of legends, even while the military is viewed as an integral part not just of the state but of society. The nature of the universal draft, compulsory for most social groups outside of the Palestinian and Haredi populations, is what makes this public condemnation telling. It was Yigael Yadin, the IDF’s second Chief of Staff, who said that “every civilian is a soldier on eleven months annual leave.” That some of Unit 8200’s members have chosen not just to defy the military’s role as the sacred defender of Israeli morality, but to defy it publicly, is relevant. And that they chose to reference the settlements specifically as contributing to “separate and different legal systems, jurisdiction and law enforcement” is a direct reference to an increasingly accepted, if still inaccurate and misleading, term in the public discourse: apartheid.

Israel was born in war, and has existed under conditions of direct threat ever since. This has had an effect on both its decision-making structures and on the policies it pursues in the Arab-Israel conflict. But even more interestingly, it has contributed to the emergence of a “civil religion” in Israel that puts Israel’s security institutions on a pedestal and facilitates their involvement in even civilian policymaking.

A civil religion is one in which “the ceremonials, myths, and creeds…legitimate the social order, unite the population, and mobilize the society’s members in pursuit of its dominant political goals. Civil religion is that which is most holy and sacred in the political culture.” Society’s values, practices, and priorities are represented by the symbols and the actions of the civil religion’s practitioners.

In the case of the IDF, this is reflected in the high status accorded to it, its perceived role as a melting pot of Israeli society, the high levels of trust placed in the IDF and the belief that the military is the ultimate embodiment of the Israeli emphasis on self-sacrifice for the good of the nation. Phrases like “purity of arms” and “most moral army in the world” capture the normative and even spiritual assumptions Israelis have long held about their military. That most Israelis serve in it further engenders the sense of the IDF as simply a large family, rather than a state institution. Finally, the IDF’s civilian functions (absorption of new immigrants, instruction of Hebrew, settlement of new communities) have blurred the lines between strictly military and civilian spheres, making its existence as an arm of the state more normal. Every non-Haredi, non-Arab citizen has experience of it; and even some from these excluded populations.

Despite the turn since the 1980s to an individualist society at the expense of a more collectivist culture, Israelis still — as all societies do — hold tight to their founding myths and symbols. Set high amongst the pantheon of Israeli myths, the IDF’s role in Israeli society, when questioned, is more than a story of conscientious objectors. It’s also a story of a changing understanding of Zionism, Israeli identity and, consequently, Israeli policy.