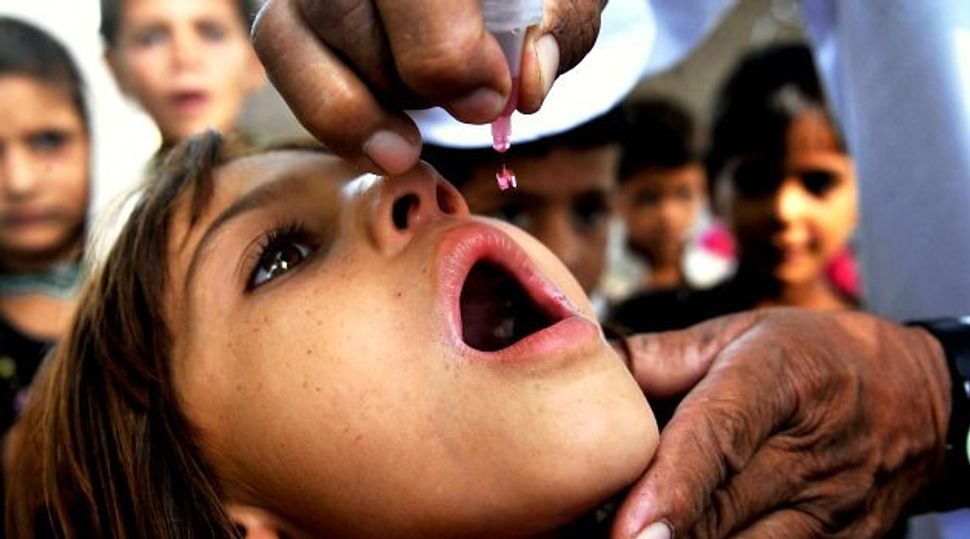 If you had to guess which neighborhood — Boro Park or Beverly Hills — the following quote applies to, which would you pick?

Parents in these schools are submitting a form called a “personal belief exemption,” which states that they are not vaccinating their kids due to “a diffuse constellation of unproven anxieties, from allergies and asthma to eczema and seizures.”

If the “personal belief” language has you thinking Boro Park, the Brooklyn neighborhood known for its large ultra-Orthodox population — sorry, but you’re wrong.

The quote is actually taken from yesterday’s article in The Atlantic describing the rise of the anti-vaccination movement in wealthy Los Angeles schools. Believe it or not, the vaccination rate there is as low as in South Sudan. That’s thanks to Hollywood actors who — in between “forbidding processed food and dragging their offspring to baby yoga” — explain that they’re against any medications that aren’t strictly “natural” and that not vaccinating makes “instinctive” sense to them.

But don’t worry: You could easily be forgiven for thinking the above quote applies to an ultra-Orthodox community — because the anti-vaxxer argument there runs along very similar lines.

To be clear, there are many Jews in many ultra-Orthodox communities who do vaccinate their kids. But as Agudath Israel’s Rabbi Dovid Zwiebel told the Forward in an article published today, “there is a small, but not insignificant, part of the populace that is persuaded that vaccination can be a dangerous thing.” That anti-vaxxer segment is significant because it’s been at the center of some major measles outbreaks over the past few years, ranging from Brooklyn to London to Jerusalem.

We don’t usually think of these two populations — Haredim and Hollywood hippies — as having much in common. So is it just a coincidence that they’re united on this front?

Not really. The commonality, it seems, is based in a mutual suspicion of the government and, more broadly, of secular authority. As Ayala Fader, a Fordham University anthropology professor who specializes in ultra-Orthodox Brooklyn, told the Forward:

My impression is, from my research, that there are many ultra-Orthodox Jews who are interested in alternative medical treatments, including chiropracting and vitamins. The language is not necessarily halachic, it’s more anxiety with the state — distrust of the state.

That distrust could have its roots, psychologically speaking, in the fact that Jews were often outsiders vis-à-vis the governments of the countries they inhabited. But the outsider experience is not something the Hollywood hippies share — on the contrary, they’re the ultimate insiders — making the anti-vaxxer movement one of those rare trends that can simultaneously capture society’s most mainstream and most marginal populations, while leaving out its middle.