When Will Orthodoxy Be Ready for Me? 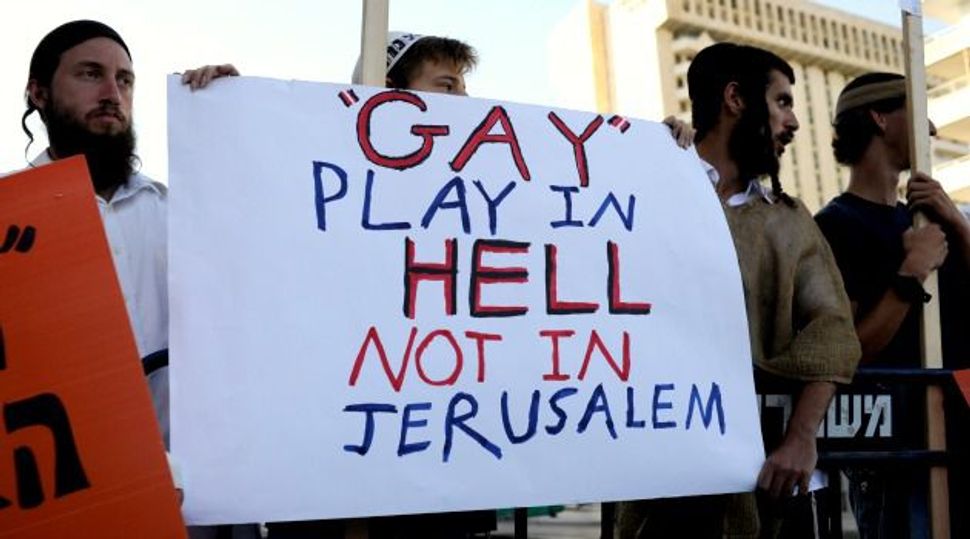 I’ve written about the successes and shortcomings of my fourteen years of Modern Orthodox day school education before, from religious, secular, and Zionist perspectives. I’ve also written about the thought processes behind my decisions to leave the Modern Orthodox world and join — at least for now — egalitarian communities that fall more in line with my (ever-evolving) vision of what my Jewish community should be.

The way I saw (and still see) it, my decision to leave the (Modern) Orthodox world was not one of choice, but of necessity. And, perhaps, it was also a reaction to the ultra-Orthodox community of my youth, a community which ultimately cut off all ties to my family after I was outed as queer, a community which had, previously, told my mother, a pediatrician, not to answer pages from non-Jewish patients on Shabbat, and where I was ridiculed for attending a co-educational high school and not wearing a black hat. Yet I still find myself inexplicably drawn to the Modern Orthodox world.

My decision to leave came not out of choice, but out of the realization that, right now, I do not and cannot exist in the context of Orthodox Judaism. As a queer person, most Modern Orthodox rabbis would not allow me to marry another man. Orthodox Judaism is nowhere near close to finding ways to include (or even recognize, despite the fact that the Talmud readily does so) the existence of those who identify outside of the gender binary. It allows for less, if any, literary criticism of the Bible and historical contextualization of rabbinic codes of law, and is frightened to think critically about God.

When I posed these questions to Orthodox rabbis, I felt shut down. The conversations I needed to have, particularly in high school, were not ones that I could have with my Orthodox educators. And so I chose to ask those questions elsewhere. I’ve begun to answer some questions, but others remain unanswered.

Rabbi Eliyahu Fink, in a series of articles, theorizes why those who grew up Orthodox leave when given the chance, and concludes that many who leave do so out of choice, because they do not want to be Orthodox. The thinking goes: We don’t want to be part of that world for whatever reason — the commitment is too much, the world too insular, to cite just two examples of what I’ve heard personally — and so we leave.

My decision to leave the Orthodox world could not be more opposite: I could not remain Orthodox. For me, as for many others, leaving the Orthodox world was never a choice. We simply could never envision a life for ourselves within Orthodoxy, be it because we have differences in opinion over ritual or because we simply, and sadly, cannot yet exist within a framework that is innately heteronormative and cisnormative. And, when we pose these questions to our Orthodox educators and rabbis, we find that they are unable to supply us with satisfactory answers, so we find the answers elsewhere.

In truth, I still look back on, and even idealize, the Modern Orthodox world. When I visit my parents’ house on that isolated weekend or holiday and attend services at their Orthodox synagogue, I catch a glimpse of what I might, perhaps, have in my future — a future that I could not have imagined in high school after being cut off from the community of my childhood. And, indeed, what I want in my ideal Jewish community strikingly resembles Modern Orthodox communities in, perhaps, ten or twenty years. But it’s not there yet, so, for now, I cannot be there yet.

Rabbi Fink is right in that we need to improve the status of education within the Modern Orthodox world to enable and handle students’ burning philosophical and theological issues (and high school students do have them, even if they cannot frame them — but part of the job of a religious educator should be giving students the vocabulary to explore such issues). He is also right in the fact that kiruv (outreach) organizations do a spectacular job of creating positive Jewish experiences, but these are superficial. The positive experiences Rabbi Fink suggests we create, though important, are meaningless if we do not have positive futures in place as well. Shabbat afternoons in the park and a community committed to ritual are just two of many things that I want in a community that align closely with what many Modern Orthodox communities feature today, but I can’t just have those. I need an Orthodox community that is ready to engage with biblical criticism, theology, queer inclusion, and feminism in a way that it is not currently.

I need a future to go along with those changes, and that future also needs to include my being able to practice as an equal, despite my sexual orientation and despite my burning theological questions and philosophical crises. While theology might not be the basis for our communities, nor should it be, we need to collectively create a better language for discussing God, and we need to arm our teenagers, who have these burning questions, with that language. Further, we must be prepared to handle their questions in a mature and engaging way, not just with rote “proofs” for the existence of God or the absolute divinity of the Torah.

Modern Orthodoxy is not yet ready to handle the major philosophical, feminist, and queer hurdles that it faces. For me, the “happiness and joy” in Orthodoxy that Rabbi Fink claims people find evaporated when I came out of the closet and realized that I, as a queer person, would have no future in Orthodoxy. I knew I couldn’t even have that positive experience of praying in an Orthodox synagogue when I knew I was unequal.

When Will Orthodoxy Be Ready for Me?