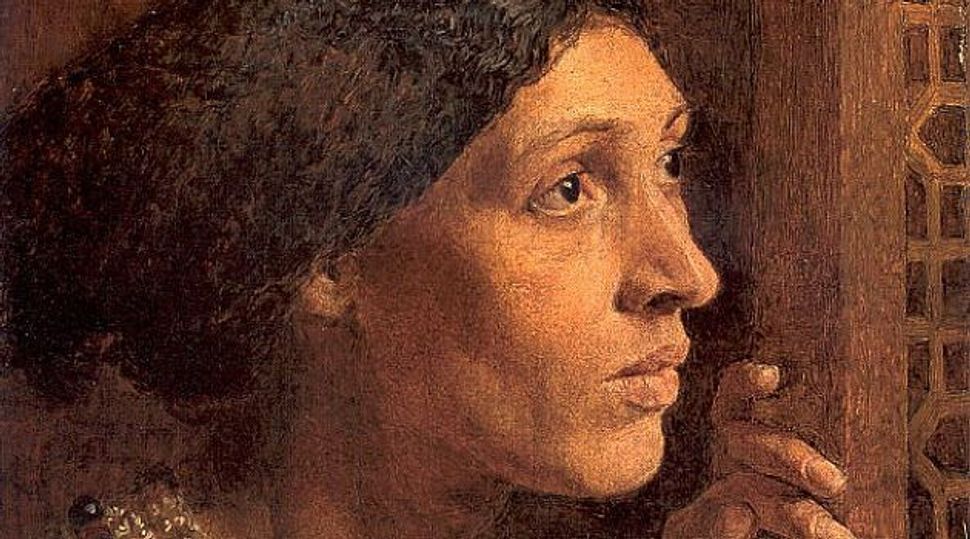 An almost impossibly difficult year is coming to an end, and a new one, filled with new hope and new possibility, is upon us. As we do each year on Rosh Hashanah, we will stand together and listen to the piercing cries of the shofar. This year more than ever, it’s important that we stop and consider just what the sounds of the shofar signify.

The Torah refers to Rosh Hashanah as Yom Teruah, a day of teruah. In attempting to explain just what teruah means, the Talmud translates it as yevava, crying. The proof text from which this explanation is derived is fascinating — one might even say shocking: the Talmud derives the idea that teruah means crying from the tears shed by Sisera’s mother as she agonizes over the fate of her son.

Sisera was the commander of the Canaanite army and a reviled enemy of the Israelites. Yael eventually kills him by driving a tent peg through his head. There was never any love lost between the Israelites and this military figure, and the Bible never doubts that Yael’s killing him was just. And yet, his mother’s anguish registers so deeply that we hear her sobs year after year after year, every time we hear the shofar blast.

A midrash offers another basis for associating the cries of the shofar with the cries of a frightened mother. When Isaac returns home after he is bound for sacrifice by Abraham he tells his mother what his father had done to him. She asks, “Were it not for the angel’s intervention, would you have been slaughtered?” and he answers simply, “Yes.” At that moment, the midrash says, she lets out six cries and then dies — and those cries are the basis of our shofar blasts today. Here again, the blowing of the shofar conjures the experience of a mother terrified for the well-being of the child she loves.

In another version of the story, an angel approaches Sarah as Isaac is bound upon the altar and tells her what is about to happen, adding that Isaac is currently weeping and screaming. Sarah cries — and those cries, we are told, are the basis of our shofar blasts. Note the subtle difference between the two stories: In the first one, Sarah sees Isaac and knows that he has been saved; in the second, she has every reason to assume he is about to die. She cries from the utter horror that perhaps his life is ebbing away even as she and the angel speak.

The cries of the shofar correspond to the sobs of a frightened, grieving mother — whether Isaac’s or Sisera’s. A chasm divides Isaac and Sisera: Isaac is one of the patriarchs of the Jewish people — a bit hapless perhaps, but remembered as fundamentally good and righteous; Sisera, on the other hand, is an enemy and an oppressor of the Jewish people. And yet Jews come together each year to listen to the cries of both mothers, Isaac’s and Sisera’s. As the late Rabbi Yehuda Amital wrote, “There are countless differences between Sarah our matriarch and Sisera’s mother. Yet despite the worlds that divide them, there is one thing they have in common… the natural terror a mother feels for her son.”

Holding these two mothers together in memory is crucial, because at this late date, when so much blood has been shed and so many dreams shattered, perhaps the anguished cries of parents afraid of losing their children is the only thing that can actually bring people together.

No matter our political persuasion, no matter our sense of what military response is necessary at any given time, one thing ought to remain clear: It is never a crime, never an act of treachery, to hear the cries of the mother of one of our enemies. We are invited — required, in fact — to do just that on Rosh Hashanah. If we are obligated to hear the cries of the mothers of our sworn enemies, how much the more so the cries of mothers of those innocents killed in the crossfire.

I have said nothing here about just and unjust war, about possibilities or perils in charting a way forward in the Israeli-Palestinian conflict; I leave all that for another day. I simply want to remind us that at some level, the cry of a parent is the cry of a parent. If we cannot hear those sobs, then let us cry for our own humanity.

Implicit in all this is a simple yearning: Maybe one day, when all other options have been exhausted, it is the shared fear of parents that will yet bring us together. Perhaps. when all hope seems to be lost, Isaac’s mother and Sisera’s will show us the way forward.

Shai Held is the co-founder and dean of Mechon Hadar. You sign up to can receive his weekly essays at www.mechonhadar.org/shaiheld.