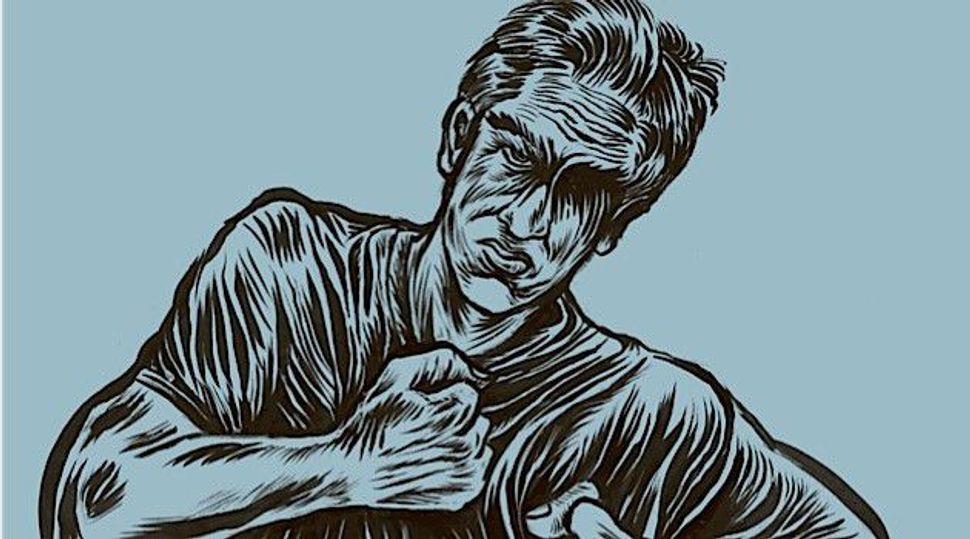 Apart, Not Together: Do we really see ourselves as one community when we ask forgiveness? Image by Art by Eli Valley as part of the Artist in Residency program

The Season of Repentance is shaping up to be a tough slog this year. Of course, when Yom Kippur comes, Jews will gather in our millions in synagogues across the globe to recite the prayers together and bask in the warmth of family for a few hours. In fact, it’s the one moment in the year, surveys show, when most of the world’s Jews gather physically for a shared endeavor. We’ll schmooze, catch up and joke about how hungry we are. And at the assigned moments we’ll beat our breasts and solemnly chant the climactic words: Ashamnu, bagadnu — we have sinned, we have betrayed, we have robbed, we have slandered.

But we won’t mean it, most of us. We’ll say “For all these sins, God of forgiveness, forgive us, pardon us, grant us atonement,” but somewhere inside we’ll be thinking, “Who, me?”

It used to be simpler, it seemed. Coming together to confess our sins and seek atonement used to be a sweetly cleansing ritual. Lately it’s damnably complicated — especially when we’ve just spent the summer watching our world go up in flames, struggling to clear a space for a little peace and finding ourselves rewarded with every sort of insult and hate speech. We’re in no mood to apologize.

To be fair, many of us will grapple quite earnestly with the liturgy of atonement. But we’ll mostly be misreading it. We’ll be reciting “We have sinned” but meaning “I have sinned.” We’ll be thinking back to moments during the past year when a bit more honesty with a friend might have been called for, or more kindness to a stranger. We Jews are champs at personal self-deprecation.

Line us up as a group, though, and no one could be more righteous. We have sinned? Collectively, as a community, a people, a nation? Merely to suggest that we’d be capable of such misbehavior, we insist, is rank bigotry. Confess? Hell, we’ll take you to court.

Lest I be misunderstood, let me clarify at once that whatever you’re thinking, this is not an indictment of any one particular faction within the Jewish community. Pretty much all of us fall into the trap of denying our misdeeds even as we’re solemnly confessing them before the open ark on this holiest of days. No faction has a monopoly on dodging responsibility. The thing is, we approach the task in several different ways, roughly corresponding to broad categories of modern Jewry. We tend to recognize the dodge easily in each other but rarely see it in ourselves.

The bottom line is that as we recite the words “We have sinned,” most of us will be embracing half of that thought and rejecting the other half. Which half you embrace or reject depends on where you stand. One group of us has a hard time buying into the idea that we could possibly “have sinned” collectively, as a community. The other group has a hard time buying into “we.”

That is, one group identifies fiercely with the collective but rejects all indictments of the collective, even while standing in shul and reciting those very indictments. This group believes Jews individually are capable of every sort of misdeed, but the Jews as a people are virtually defined by guiltlessness. For many in this group, loyalty to the collective trumps and nullifies any other sins. Deep down, every individual misdeed has at its core an abandonment of the tribe. For the true loyalist, confronting this wrongdoing brings a steady tremor of anger coupled with an underlying sense of satisfaction.

The second group typically has no trouble believing accusations of collective Jewish wrongdoing, no matter how lurid. But they have a hard time seeing what it has to do with them personally. For most, being Jewish is a private affair, embraced or discarded at will. It’s bound up with a set of abstract ideals but largely devoid of any external obligation. It may well be, these Jews say, that the Jewish people or the Jewish state sinned, betrayed, robbed, slandered, perverted, waylaid, conspired and committed terrible violence — to quote the Yom Kippur liturgy (though it could just as easily come from Al Jazeera) — but that’s someone else. Not me. I get it. I’m, like, chill.

Yom Kippur comes to remind us that we are all responsible, not just for ourselves but for one another. That’s a familiar phrase, of course. It’s usually taken to mean that we are obliged to take care of one another, which an essential lesson in and of itself — more essential than ever, in fact, in an era when governing responsibly is so often taken to mean abandoning the unfortunate.

But when we stand together and declare that we have sinned, we’re saying something more: that we’re all responsible for the sins of the collective. That the wrongs around us are all the fault of all of us. Even if we tried our best to stop the wrongdoers, but failed, we must repent. Even if we did the things we did because we had no choice, we must atone. Even if the child who died by our hand lived above a missile launcher aimed at us, we must seek forgiveness.

For the sin we have sinned, whether willingly or because we had no choice.

For the sin we have sinned by hardening our hearts.

For the sin we have sinned without knowing it.

For the sin we have sinned by careless speech.

For the sin we have sinned openly or in secret.

For the sin we have sinned by sexual abuse.

For the sin we have sinned by intentional deceit.

For the sin we have sinned by insult or incitement.

For the sin we have sinned by defrauding a neighbor.

For the sin we have sinned by confessing insincerely.

For the sin we have sinned, whether intentionally or by accident.

For the sin we have sinned by raising our hands in violence.

For all these sins we are all responsible. This is why we stand together in atonement.