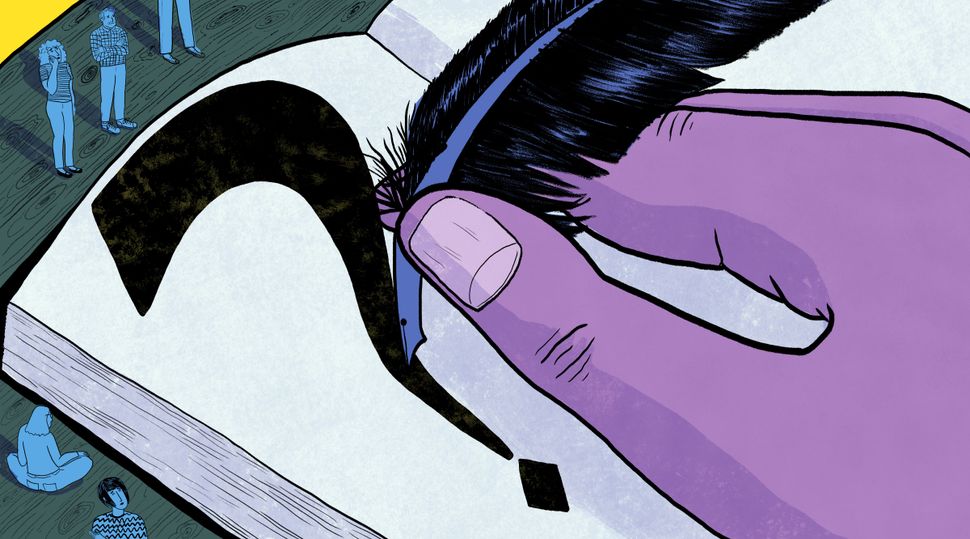 In the Book of Life: We stand and wait to see our fate. Image by Lily Padula 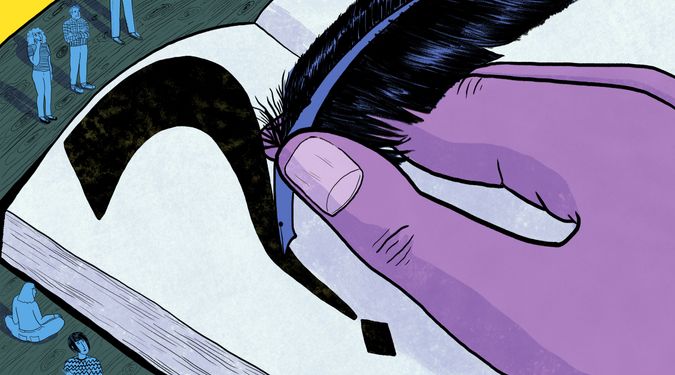 In the Book of Life: We stand and wait to see our fate. Image by Lily Padula

Godology is a monthly conversation between writer Elissa Strauss and Rabbi Scott Perlo in which they explore what it means to be “God-ish” — to kind of, sort of, believe in God.

SCOTT: It always strikes me as a strange paradox that the theology of the holidays is expressed through the image of God sitting in judgment — over us, no less. At the same time, we atone for the ways we’ve been too judgmental of other people. It doesn’t seem like a coherent message. Maybe we’ll start with the theology first: Do you, Elissa, think that God sits in judgment of us? In judgment of you?

ELISSA: Yes! Those High Holiday tickets cost good money. Frankly, if I didn’t think I was being judged by something larger than myself, I might find something better to do with the couple hundred dollars. I go because I want to feel bad, because I believe one needs to feel bad before they can feel purified — new.

That makes you pretty old-school. Haym Soloveitchik, the historian, wrote that what’s changed between his childhood and nowadays is that many people no longer feel fear during the High Holidays as they used to. His parents’ generation would sit in services and be genuinely worried as to how they’d be judged. Anxiety is now gone from the places he prays. Somehow we’ve all decided that worry is a sign of weakness.

Is it a weakness, or is just that today we don’t believe there is as much at stake for us during the High Holidays as previous generations might have thought?

It’s because our spiritual bent bends differently from that of our ancestors. Soloveitchik tells us that the people he was describing weren’t overly observant, nor particularly Jewishly knowledgeable. I’d argue that they were afraid because they believed, to varying extents, that their actions caused God’s favor or displeasure. Today, most “Godish” people I know don’t believe that what we do results in God acting towards the world for good or for ill.

That’s true. I’d add to that that we don’t believe that how we behave has a direct effect on how God acts towards us as individuals either. And yet I still think we are experiencing real fear, and that this fear isn’t just a byproduct of the Yom Kippur experience, but actually what pushes us into the pews in the first place. We are drawn to this moment, this opportunity to embrace the fear, all those thoughts usually relegated to the shadows of our mind, and air them out. Basically, the cause and effect may be different than it was for our ancestors, but the fear is the same.

So what’s the root of that fear?

Those questions haunt me. too. Whether my life has meaning — and if it does, whether I’m living it meaningfully; that’s why I’m afraid on the holidays. Maybe that’s at the root of the paradox I mentioned at the beginning, that God judges us for being judgmental. Most of my judgment of others, I find, comes from an attempt to assure myself that I’m living right; I feel I’m in the right because that guy over there is clearly wrong. Perhaps being “judgy” is a poor strategy to evade the judgment we most fear: that we’re wasting our lives.

Scott, every year during Yom Kippur this is what I think about as I beat my heart. I am very judgmental. As an opinion writer, I have made a career of being judgmental, of parsing out right and wrong, good and bad, from the way we live today. Judging is what puts food on the table. Still, I acknowledge the difference between judging systems and trends and judging individuals, and the truth is, I am guilty of both. Curious, should I be atoning for both this year?

There’s a teaching in the Talmud that says that one who forgives other people their trespasses, God will forgive that person the ways that she herself has trespassed. Since the other 6,200 pages of the Talmud devote themselves to the judgment of right from wrong, this aphorism is a powerful corrective. To give up our discernment and good judgment is to lose ourselves. What we need to atone for is when our judgment outstrips our compassion: None of us is good enough to write off others for their flaws.

This sounds terrific in theory, but I really struggle with it in practice. We have towers of books discerning right from wrong; we are supposed to discern right from wrong within ourselves and the world around us, but then when it comes to other people, we are supposed to just step on the brakes and stop the judging? And yet, we are free to condemn murderers and thieves, right? But what of the SUV driver? Is he not a thief of our clean air? Or the anti-vaccination activist, whose actions might result in the death of another child? Or my sibling, whose name will not be mentioned, who never helps clean after dinner? Is he, or she, not enslaving, in some teeny-tiny patriarchal way, my tired mother, who will use what little energy she has left from cooking the meal to tidy up?

Yes, he is, but I doubt that your brother deserves the electric chair for it. The struggle to be good has two stages: First there’s the attempt to discern what is good and what is not, and then we must figure out how to live our principles without destroying the world. The problem is that once we’ve judged another person to be wrong, we treat them as if they’re dead to us, as if the person is as disposable as the action that irks us. Even if we’re right, our wrong is to attempt to shun people rather than alter action. The brilliant Beruriah, heroine of the Talmud: “Does the verse say that sinners will be uprooted from the earth? No! It says, ‘Sins will be uprooted!’” The language is old-school, but she’s right.

I guess here is where the Godishness comes in. Perhaps if my faith were stronger, I would believe in God’s capacity to regulate right and wrong. To uproot the sins from the earth. But it’s not, so I rely on humans, myself included, to issue judgment and call out evil when I see it. This makes me judgy and, yes, I know that isn’t cool. But this also makes me someone who believes we can constantly do better and that that isn’t going to happen without critics… or nagging sisters. Does this contradict the fact that I go to Yom Kippur services in order to face something bigger than mankind? Absolutely. Still, I think that is where I am at, a devoted interpreter of something/someone I only loosely believe in.

Then that’s where our rabbis teach the necessity of humility. If we at all believe in a God greater than ourselves, then there’s a moment to trust that the guiding moral line of the universe extends further than our capacity to see. You and I are charged to be instruments of that justice — every person is — but we are not inquisitors in defense of its perfection, not least because we are fallible ourselves. It’s a bit of an old saw, but this teaching captures the tension perfectly: “It is not our responsibility to finish the work, nor are we free to quit the job.” Not our responsibility because we aren’t capable of perfect judgment, not free to quit because of our moral imperative. I think that’s the kind of tension with which the Godish have to live.