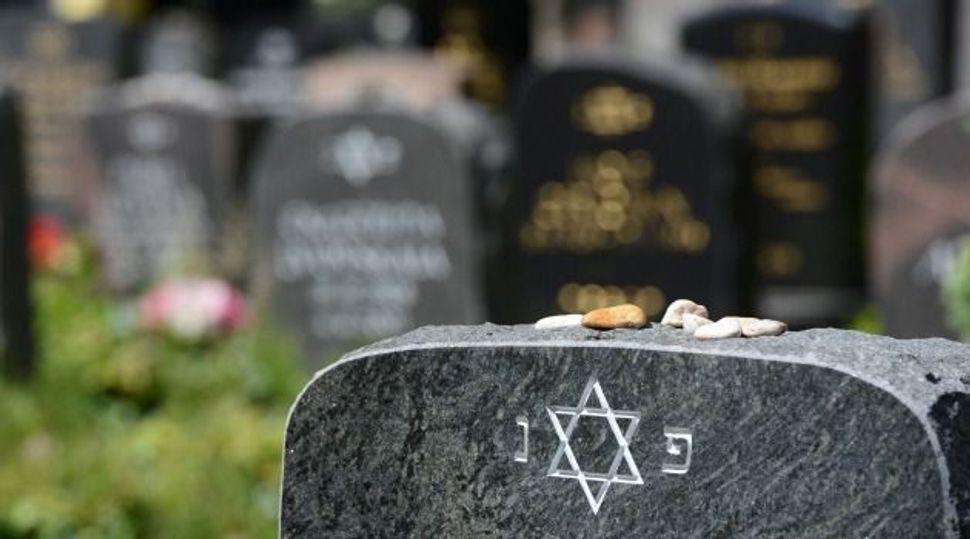 Yom Kippur is all about death? I thought it was about atonement.

Yet all you have to do is start talking to rabbis — or reading their books about preparing for the High Holidays — and death takes center stage.

I don’t mean DEATH! IN! CAPS! — in the sense of a morbid fixation, or ominous organs.

It’s death in the sense of a laser focus on life — its fragility, its evanescence — which forces us to really ask ourselves, at any age: Whom do I want to be in the time I have left?

In a book by the late Rabbi Alan Lew, who was often called “The Zen Rabbi” because he drew from Buddhism, he goads us to do a rigorous self-inventory. The book, “This Is Real and You Are Completely Unprepared: The Days of Awe as a Journey of Transformation,” is intense but motivating. He urges us to see how high the stakes are:

“The Book of Life and the Book of Death are opened once again, and your name is written in one of them. But you don’t know which one. The ten days that follow are fraught with meaning and dread…. For the next twenty-four hours you rehearse your own death. You wear a shroud [we’re supposed to wear white, to conjure the burial garment] and, like a dead person, you neither eat nor drink nor fornicate. You summon the desperate strength of life’s last moments…. A fist beats against the wall of your heart relentlessly, until you are brokenhearted and confess to your great crime. You are a human being, guilty of every crime imaginable…. Then a chill grips you. The gate between heaven and earth has suddenly begun to close…. This is your last chance. Everyone has run out of time. Every heart has broken. The gate clangs shut, the great horn sounds one last time.”

But it also snaps me to attention. In past years, I’ve gone to synagogue on Yom Kippur, thinking: ‘This is enough. I’m here. I’m listening. I’m reciting. I’m starving. Dayenu.”

But Lew grabs me, shakes me and says: ”That’s bush-league. You have to work much, much harder.”

“STOP. EVERYTHING. NOW,” Rabbi Sharon Brous wrote even more bluntly in her Yom Kippur sermon last year at IKAR — her LA congregation. “Stop everything right now. And ask yourself: Who am I? Is this who you want to be in the world? I know how busy we all are…. But High Holy Days come and say: ‘Hit pause. This is the only life that you are given…. If your narrative is choking you, or even just inhibiting you, do something about it.’” 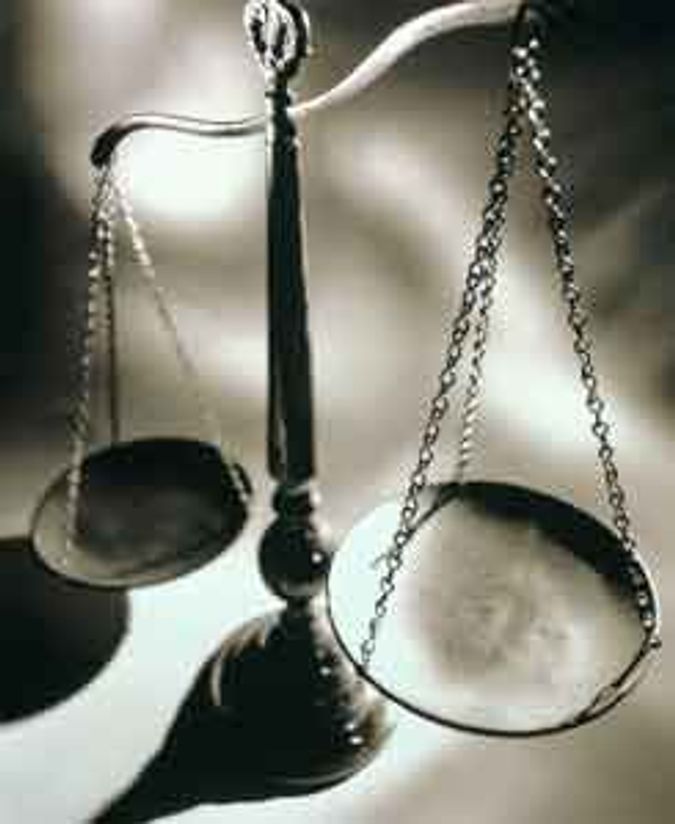 I get that mortality spurs atonement: If we think we might die, we set different priorities. What I don’t cotton to is the notion – suggested by the Unetanetokef prayer especially – that God will write us out of the Book of Life if we don’t pray enough, repent enough or give enough.

British Reform Rabbi Tony Bayfield agrees. “I find that promise loathsome,” he writes in Larry Hoffman’s compilation, “Who by Fire, Who by Water.” “God has decided who will live and who will die — and how they will die as well. I may be scheduled for terminal cancer next November, and you may be scheduled for a car crash two weeks later…. Do the right thing before the final gavel falls and neither the cancer nor the car crash will occur… .All of my experience tells me that life doesn’t work like that.”

But I hold out hope that it does. Crazy as that may seem, I do believe that good deeds, effortful prayer and hardcore penitence will make a difference in my fate. Which doesn’t mean that I go to services out of fear, only that the fear focuses me.

I asked Rabbi Shai Held, a deft teacher and co-founder of Mechon Hadar, an independent learning institute in Manhattan that welcomes the novice, about the Yom Kippur leitmotif of the clock running out.

“I think it’s hard — to the point of being impossible,” he answered, “to do what rabbis often say in High Holy sermons: ‘We should live all the time with the realization that we might be killed in an hour.’ You know what? I’ll speak for myself: I would never get out of bed again. I mean that seriously. And by the way, if I thought that way about my children? I would lock my son and daughter in my apartment and they would never go outside again. But, if we ignore that idea all the time, we do so at our own peril. And in some ways, Rosh Hashanah and Yom Kippur are about that: At least sometimes, we have to stop and realize: You might not live until tonight. And what happens then? That’s the tension, right? You can’t live like that all the time. But you’ve got to live like that some of the time.”

Candidly, it’s unwise for me to live like I might die, because I’m already sure my death is near. Without subjecting you to my meshugas, suffice it to say I win the prize for Fear-of-Tragedy.

I don’t know if that’s because I grew up with a mother who believed in Ayin Hara (the evil eye) and spat, “Tuh, tuh, tuh!” every time a misfortune was mentioned. I don’t know if it’s because, despite her considerable intelligence, she convinced me that I shouldn’t walk under construction scaffolding because I would tempt its collapse.

Maybe I’m just wired to believe sadness looms, but it keeps my blessings in high relief. In last Tuesday’s New York Times opinion piece, “Beware of Joy,” Anna North writes, “Fear of happiness is that creeping feeling that you shouldn’t get too comfortable, because something bad is bound to happen.” So I guess I’m not alone. And when heartbreak does strike cruelly — when a 9-year-old girl in my congregation dies at summer camp, when an acquaintance of my sister’s loses all her children in a fire — I say: “See, the worst happens. Every day.”

Before we get too maudlin, the rabbis tell us there’s a happy coda: Death ends in rebirth.

“At the end of the holiday,” writes Rabbi Deborah Waxman, the new president of the Reconstructionist Rabbinical College, “with the sounding of the shofar, we are considered reborn.”

“Jews re-enact their own death,” Rabbi Irving Greenberg writes, “only to be restored to life in the resolution of the day.” He says the theme of rebirth and cleansing is sometimes re-enacted before the holidays by immersing one’s self in the mikveh — the ritual bath. “The removal of ritual impurity is a symbolic statement of removing the stain of sin (death).”

I wanted to see whether a mikveh felt like a spiritual scrub, so I made an appointment with ImmerseNYC, and my teenage daughter and niece came with me.

Most of us associate the mikveh with an Orthodox practice, but in recent years it’s been “reclaimed” by other denominations. ImmerseNYC was founded by Rabbi Sara Luria, spurred by her transformative experience at Mayyim Hayyim in Boston, a mikveh created by Anita Diamant, author of the best-selling book, “The Red Tent.”

“The mikveh is for you,” Luria told me before I go, “just as you are. When you’re naked, you are just as you are. There’s nothing between you and the water. It’s like the moment you were born. There are no barriers, no pretension. We tell you to bring yourself.”

“Bringing myself” means bringing my inhibition, because I’m not big on nudity. But the girls’ fascination distracts me, and I’m relieved when we all agree to immerse separately.

It’s undeniably affecting to float in the warm rainwater and hear the blessings spoken softly by the mikveh guide:

“May I be open to the possibility of forgiveness. “May my entry into these waters mark my intention to forgive myself, forgive others and ask others to forgive me.”

“It went too quickly,” my daughter adds. “I should have stayed in the water a little longer.”

As for me, I careened between detachment and profound release.

I felt childlike in the water, but also self-conscious.

I felt moved by the murmured blessings, but also unable to hear all of them with water in my ears.

I was hit hard by the corporal symbolism of a fresh start, but aware that, when it comes to the toil of atonement, this was a drop in the proverbial bucket. (Or bath.)

I felt recharged, but not quite reborn.

“For all my wrongs, O God of forgiveness, forgive me,
Wipe the slate clean, grant me atonement.”