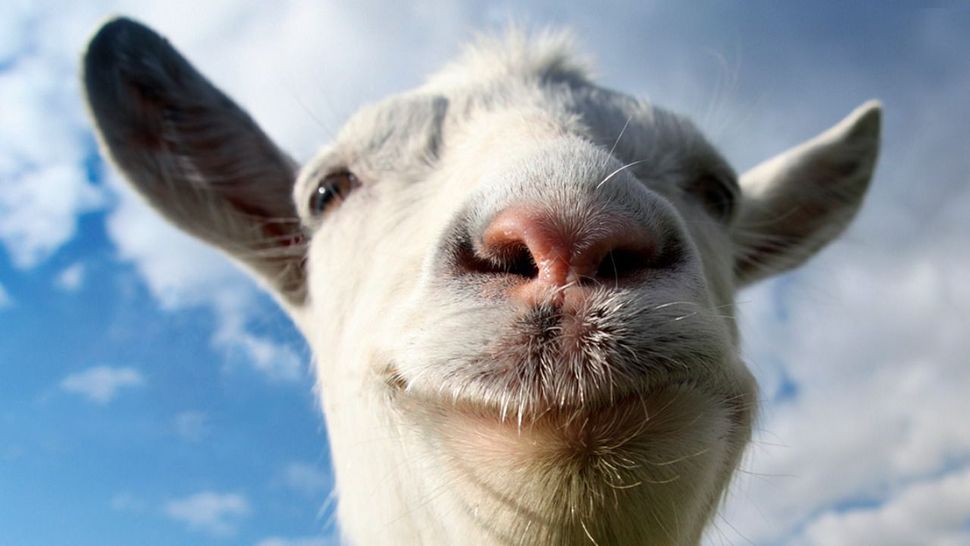 I vote to bring back the goat.

In the days of the Temple on Yom Kippur, all sins were symbolically heaped on an actual goat — the original “scapegoat”— which was then sent off to some undefined land called Azazel.

I could have benefited from having a cloven-hoofed animal to cart my sins away on Saturday, because having to keep carrying them in my head lacked the same finality.

Praying all day was hard for me. Pounding my heart repeatedly didn’t break it open. Maybe it’s sacrilege to admit that, but I’ve promised readers honesty.

Since my twin sister, a reporter for The New York Times, long ago taught me to always include the “to be sure” paragraph, I’ll add one here:

To be sure, there were times I felt moved during services — not just in my own shul, Central Synagogue, but at B’nai Jeshurun, my parents’ Conservative synagogue, where I started Kol Nidre on Friday night with Rabbi Marcelo Bronstein, and the next day at LGTB-welcoming Congregation Beit Simchat Torah, where I started Yom Kippur morning with Rabbi Sharon Kleinbaum.

The multitudes. These synagogues were so packed, one could wonder why anyone is wringing their hands over Jewish engagement. As Rabbi Michael Paley, the in-house scholar at UJA Federation of New York, told me with his trademark humor, “The fact that Rosh Hashanah and Yom Kippur are working is not trivial. People are GOING! Synagogues will be full this year. Purim and Shavuot? Not working so well.”

Watching the clergy. Yom Kippur is a test of endurance for rabbis and cantors, yet somehow they seem to stay the course with kavanah —intention. The more I’m (happily) deluged by clergy recommendations — a poem here, a tractate there, an essay, melody, piece of commentary — the more I realize the sheer elbow-grease that goes into planning these services and trying to make them resonate. The hard work is not only ours as sinners, but our leaders’ efforts to help us expiate.

The 40th day: I grasped, for the first time, how the mindfulness of those 40 days of Elul actually makes one meet the arrival of Yom Kippur morning with internal cymbals. Holy Cow, (okay, ‘Holy Ram,’); all the August-to-October introspection has been building to this moment — the proverbial finish line. For 40 days I’ve done cheshbon hanefesh (“accounting for the soul,”) and heard the shofar blast each morning. Tonight will be the very last one.

But now for the anticlimax: I was unresponsive.

I was numbed by the redundancy of page after page of look-alike liturgy, and the endless verses of every song.

I know, I know: there’s purpose in the endlessness. There’s power in the repetition. But I still was hoping for a bigger dose of transcendence, to be jarred out of the recitations enough to reach some cataclysm.

I can hear the rabbis scolding already: That failure is on you, Abigail.

Maybe I should have heeded Rabbi Avi Weiss, of Hebrew Institute of Riverdale, who urged me weeks ago to try experiencing the Yom Kippur ritual of dropping to one’s knees in prostration — the ancient tradition of stretching one’s body on the floor to symbolize falling on God’s mercy during “Va’anachnu korim,” which means literally, “and we bend at the knees.” (Prostration was a common practice in Biblical times, but widely abandoned when other faiths adopted it.)

“I think synagogues should be a place of baring the soul,” Weiss says, “taking off a lot of layers. Then you come to grips with who you really are and a lot of people are uncomfortable with what they find.”

Paley of UJA tried to be comforting in his conversation with me: “You can’t fully get it, because you simply haven’t read the book as many times as we have. For rabbis, it’s not repetitive because each of the words hooks into something else and we’re always seeing something new.”

He repeated the same metaphor I’ve heard from so many rabbis: entering Yom Kippur without preparation is like going to “Aida” without reading the libretto first; it’s like running a marathon without any training.

Fair enough. But I prepared more than I ever have.

But when it comes right down to it, probably the most profound moment of personal reckoning happened right at home.

Since I inherited Kol Nidre dinner-hosting duties from my mother several years ago, I have always included some new activity, to concretize the holiday’s meaning for our family.

One year I put our names in a basket and each of us apologized to the person we randomly picked — for anything we felt we could have done better in that relationship.

One year I ran a timed quiz about Yom Kippur basics:

*“Why are we not supposed to wear leather?”

*“Who do the rabbis say is exempt from fasting?”

*“What three things does the prayer book say will lessen the severity of God’s decree?”

*“What is the literal meaning of ‘Neilah’?”

This year I passed around a bowl filled with slips of paper and asked each person to take one. On each paper was an “al cheit” (“for the sin…”) from the list repeated during services:

“For the mistakes we committed before You through wronging a friend.”

“For the mistakes we committed before You by degrading parents and teachers.”

“For the mistakes we committed before You by being arrogant…”

I asked each person to share — if they were comfortable — an example of when they’d committed the “al cheit” they’d selected. I can’t report what everyone related; those personal confessions are private. Suffice it to say that when one of us was stumped about when we’d committed our “al cheit,” the rest of the group was eager to produce an example.

After dessert, when I started rushing everyone away from the table to get to synagogue on time, my teenage nephew, Ethan, suddenly shouted, “Where are our commitments from last year?”

I couldn’t believe he’d remembered something I’d forgotten: last year I’d given everyone an index card to write down something they vowed to do better. We’d sealed the cards in envelopes with our names and the date to be opened: 10-3-14.

I ran to the cabinet where I keep things I don’t want to misplace, and there they were: a pile of 13 brisket-stained envelopes. We ripped them open to see what we’d promised ourselves.

I will relate mine, because my son, Ben, gave permission: I’d vowed to nag Ben less and just appreciate him more.

Boy, had I failed at that resolution.

I appreciate my 17-year-old son beyond words; what Jewish mother doesn’t? He’s magical to me in a million ways. But I had not for a moment stopped noodging him. And now, as he decides where to apply for college, as I am hit with the stunning fact that he won’t be living with us this time next year, that my on-site parenting will be finished and our daily, exquisite face-to-face interactions will no longer be daily, I looked at that index card and wanted to tape it to that stupid goat and send it off to Azazel.

How could I have wasted these precious months with pestering? Why do I feel compelled to ask if he’s finished the essay yet, signed up for Driver’s Ed yet, or remembered to write a thank-you note? I showed my index card to Ben, who — true-to-form — just gave me a knowing smile and said I was forgiven. “I know you nag me because you love me,” he said matter-of-factly.

He gave me an easy pass, but I’ll take it.

Next stop: Sukkot in California. See you after I’m done waving those lulavs in La-La Land…