A Kippah on the Head of Israel’s Intelligence Chief 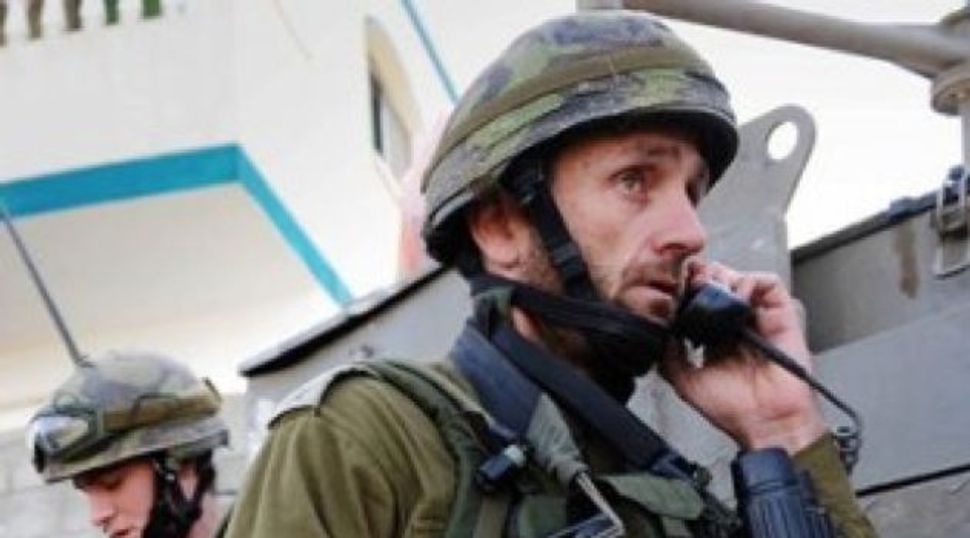 “In the final days of his term in M.I.,” military correspondent Alex Fishman wrote, “Kochavi finds himself trying to make the case that Hamas didn’t plan in advance to launch a 50-day war in Gaza. He claims Operation Protective Edge was a result of a cascade of accidents, something that could repeat itself in Lebanon or Syria. That’s what he told the government on the eve of the operation, and he still believes it today.” (So does defense minister Moshe Yaalon, who said so in a September 30 speech.)

But, Fishman wrote, “In the Shin Bet they think differently,” referring to Israel’s domestic security service. “They claim Hamas was already prepared for war in July. It’s not for nothing that Kochavi is fighting for his view. This isn’t another healthy professional disagreement between agencies. There’s a deliberate attempt to cast doubt on the reliability of Military Intelligence.”

Fishman didn’t say who was trying to discredit the army’s intelligence branch. To Israelis who follow the news closely, though, it’s no secret: the pro-settler right. In late July, as the eight-minister Security Cabinet was debating whether to conquer Gaza and topple Hamas, the army was summoned to present the pros and cons. The resulting PowerPoint presentation showed the operation as high-cost and low-benefit. The ministers were dissuaded. The right, led by economics minister Naftali Bennett of the settler-backed Jewish Home party, reacted furiously. The generals were accused of cooking the intelligence out of cowardice. One unnamed minister — apparently Bennett himself — was quoted saying Israel wouldn’t be safe until the current generation of generals retired and was replaced by the aggressive crop of colonels now in the field.

In part this is the latest chapter in an ongoing saga of demographic change within Israel’s military. After decades of domination by secular centrists, there’s been a dramatic surge of religious nationalist youth — settlers and yeshiva graduates — in crack combat units. A decade ago, secret reports began circulating inside IDF headquarters indicating that with Orthodox youth comprising nearly a third of officers’ training course graduates, religious conservatives would form a plurality of senior field commanders within a decade. This summer they began to make their presence felt.

Exactly what that means isn’t yet clear. The generals praise their fighting spirit. But reports surface of officers and rabbi-chaplains urging the troops to a holy war against the enemies of God.

That will become three out of three in 2016 if Prime Minister Netanyahu remains in office long enough to replace current Mossad director Tamir Pardo, as he’s reportedly planning, with his current national security adviser, Yossi Cohen.

The appointment of security officials based on ideology or philosophy, as opposed to professional merit, has long been an ultimate taboo in Israeli public life. Rightists, however, have chafed for decades under the traditional merit promotion system. They said the Labor loyalists who dominated the pre-independence Haganah were simply replicating themselves, generation after generation. While liberals, centrists and Israeli diplomats boast that the system produces the world’s most moral army, bound by strict rules of humanitarian concern and minimum force, rightists see an army that’s too soft, too easy on its enemies. Worse, it generates intelligence that overemphasizes liberal pipedreams of coexistence.

Nobody has chafed more than Netanyahu. In the spring of 2010 he asked his Security Cabinet for authorization to attack Iran, but the unanimous opposition of the service chiefs — IDF chief of staff Gabi Ashkenazi, Mossad chief Meir Dagan, Shin Bet chief Yuval Diskin and MI chief Amos Yadlin — convinced the cabinet to refuse. Infuriated, Bibi resolved to replace them. During the course of 2011 he ousted Dagan and Diskin. He also pushed for new faces in the IDF, which he doesn’t directly control.

The new crew, however, proved as bad — that is, moderate — as the old. That could explain why one position after another is now being filled by Orthodox Jews, whose views are, if not totally predictable, at least more likely to lean rightward.

The first was Yoram Cohen at Shin Bet. His appointment in 2011 caused a public uproar. The job had been promised to the agency’s No. 2, known as Y. However, Y headed the agency’s Jewish Division, tracking down settler radicals and interdicting so-called price tag attacks, which the State Department calls terrorism. As widely reported at the time, this alienated the settler leadership, which pressed for Cohen instead, and got him. Price tag incidents have since gone up. Arrests declined.

In 2012 Netanyahu tried to name Halevi, then commander of the Galilee Division, as his personal military secretary. Now came a showdown with IDF chief of staff Benny Gantz. It’s his job to offer nominees from which the prime minister chooses. Gantz wanted Halevi in another slot. Netanyahu, it’s said, wanted Halevi because of his background as an Orthodox Jew from a prominent Jerusalem Likud family. He lost.

Almost immediately he began pressing for Halevi to succeed Kochavi at Military Intelligence. By late 2013 he’d won that fight. That summer he picked Yossi Cohen, another Orthodox Jew from an old Likud family, then serving as deputy chief of Mossad, to be his national security adviser, grooming him for Mossad chief.

The trend isn’t limited to the top slots. Israel’s military correspondents from left to right have been falling over each other throughout 2014 reporting on the Orthodox boom in the senior ranks. In January Haaretz’s Amir Oren caused a media furor with a report, titled “Dangerous Shin Bet,” that said three of the agency’s top four officials are Orthodox, including director, deputy director and chief of its Arab-Iran division. Critics called it typical Orthodox-bashing by the liberal Haaretz. Even the left-leaning Orthodox lawmaker Elazar Stern, a retired major general now serving in Tzipi Livni’s Hatnuah party, called it “incitement.”

It wasn’t just Haaretz, though. In February, Yohai Ofer of the right-wing daily Makor Rishon took on the Mossad. It had so many Orthodox senior agents that it hired an in-house rabbi to decide halachic questions like when Sabbath may be violated for an operation. In May, Amir Rappaport of the conservative Maariv published an overview of Orthodox leadership across the services. He said it was arousing a quiet furor within the security establishment. Kochavi’s battle for nuance on Hamas is the tip of an iceberg.

In the end, the old guard can complain all they want. When the current process is done, nuanced evaluations of Hamas or Iran will be a thing of the past. No more “Gatekeeper” movies. Other prime ministers have dreamt of creating their own intelligence. Bibi’s doing it.

A Kippah on the Head of Israel’s Intelligence Chief