In Defense of the Shabbos App 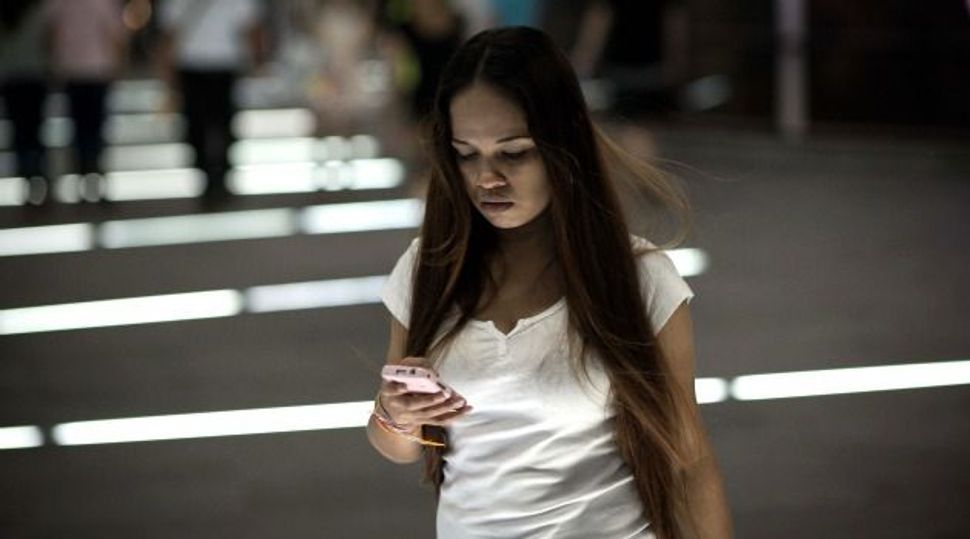 When I began going to Friday night services, I kept my cell phone on vibrate in my boot, pressed against my calf. I was 19 and living in New York; the idea of turning my phone off or simply leaving it at home was, then, as unrealistic as my walking to Manhattan from Brooklyn instead of taking the train. (Later, I would do all three.)

I was reminded of those days when reading about the Shabbos app, which has caused a stir in the Orthodox world. Its developers assert that they will resolve all halakhic issues related to using a smartphone on Shabbos, the Sabbath. The app launches — God willing? God not willing? — in February 2015, with downloads priced at $49.99 a pop.

Much of the controversy around the app is about the developers’ depictions of why the technology behind smartphones has been prohibited, followed by their point-by-point solutions. I’m not going to join the halakhic debate as I have neither the inclination nor the chops, but I do have the background to say that people observe Shabbos in many, many different ways. Others may not like those ways, or think they are permissible. But the week after Yom Kippur, with our slates wiped clean, the time is right to think about how we talk to and about each other.

One Friday night in my early Shabbos days, my phone vibrated and I ran out to take the call. As I was on the phone, a friend — who was more religious than I was — walked past me outside. Every particle in my body burst aflame with shame. “Sorry,” I mouthed, while still holding the phone to my ear.

My friend approached me afterwards when we were back inside. “I’m sorry I was on the phone,” I said in a rush. “There’s nothing to apologize about,” he replied. “There are so many other places you could be right now. But you’re here.”

Today, when people make red-faced confessions to me about driving to services, I say something similar: “It’s a Saturday morning and there are a lot of other places you could be right now. But you chose to be here, and I’m glad you did.” It’s not that I’m condoning driving to synagogue when walking is an option; it’s that I would rather praise people for participating in Jewish communal life than shame them for their method of getting there.

That is also how I feel about the Shabbos app. There are so many other places we could be right now, but here we are. At the communal level, we’re discussing the use of smartphones on Shabbos, learning about the laws, debating potential work-arounds, and defending what we think it means to keep the spirit of the day. Conversation can be healthy — I hope this one will be.

At the individual level, what I see behind the app’s creation are people who are grappling with their experience of Shabbos. They could be currently racked with guilt for their use of technology, and are looking for peace of mind. Whether peace of mind of any sort can be purchased for $49.99 is perhaps dubious, but we’re making a grave mistake when we judge someone who is already struggling with Shabbos and is seeking a kosher balance.

When February arrives, which it will, and when the Shabbos app launches, which it might: don’t think of someone who is downloading the app as necessarily pulling away from Shabbos; she may be attempting to draw closer.

Besides, as those of us who have ever danced in the grey areas between social norms, halakha, or denominations can attest — there is a certain dignity in just trying to figure it all out.

In Defense of the Shabbos App