PHOTOS: How To Turn a Gaza War Into Art 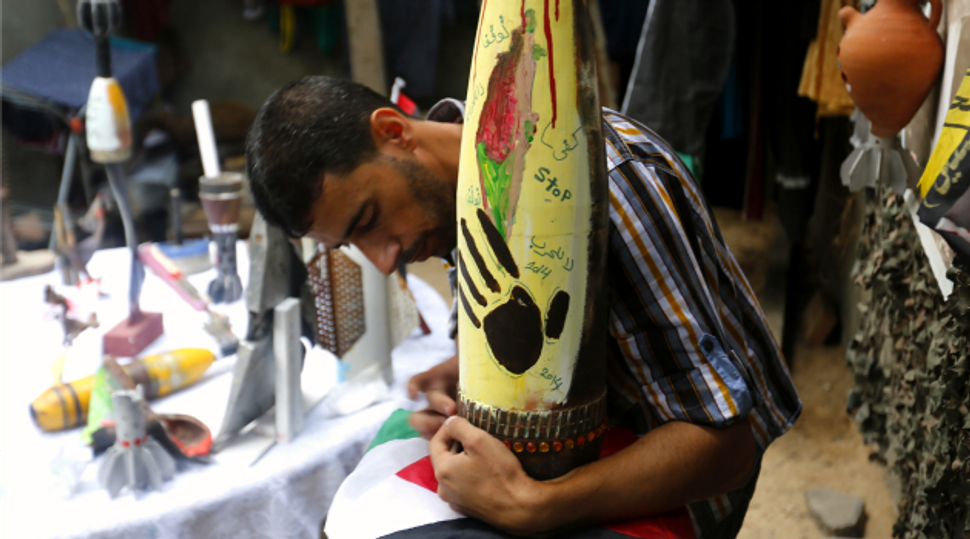 As donors pledge billions to rebuild Gaza in the wake of Hamas’s war with Israel, one Gazan is engaged in another type of construction: turning remnants of the war into works of art.

Hossam al-Dabbus, a 33-year-old who works in Gaza’s honey industry, has collected shells, rockets and missiles from the war that killed around 2,2000 Gazans and more than 70 Israelis — and turned these objects into flower vases.

Dabbus, who lives in Gaza’s Jabaliya refugee camp, first found his materials by combing through the Gaza wreckage. As orders poured in for his art, he asked Hamas police for more defunct projectiles from the war.

“When my children grow up I’ll be able to show them these and tell them — here are remains of the 2014 war that left over 2,000 people dead, and this is how I transformed an instrument of death into a vessel of life, making these bombs into flower vases,” Dabbus told Agence France-Presse.

His customers say they appreciate the symbolism of the artwork.

“I like the idea of making something beautiful from these devices which kill us: I will take the vase home and regularly put roses in it,” said Khder Abu Nada, a 32-year-old whose cleaning business was destroyed during the war.

In the middle of the 50-day war, Gazans were also making art by drawing images of war over photographs of bombed buildings.

“Everybody in Gaza is resisting in his own language,” Gaza artist Manal Abu Safar, 31, told the New York Times. “The Palestinian artist has his private language, through his brushes, through his lines.”

PHOTOS: How To Turn a Gaza War Into Art